Maybe Zaporizhia Was the Problem, After All

By Megan Starr Behind the Scenes March 5 2018
0shares

In early October of 2016, I booked a really random train ticket to Zaporizhia, Ukraine.  This city sits a bit south of Dnipro, the city I was coming here from, and I really don’t know why I was so compelled to visit.  I hadn’t known anyone who had even passed through the city.  But that tends to be the case with a lot of places I travel to, and it is slightly more exciting when you don’t know what to expect and have no thoughts about the city prior to stepping foot in it.  I was here for merely just a couple of nights and then I made my way back to Kyiv on an overnight train.

The issue was- I didn’t love Zaporizhia.  Like, not even a bit.  Could it be that there was a Ukrainian city that I didn’t fall head over heels for?  I didn’t like Odessa, in fact.  But I think if I had the right amount of time, I could get down with Odessa.  But Zaporizhia?  Likely not.  I was bored here.  I ate terrible food here.  The city isn’t that walkable even though most of it sits along one extremely long avenue and it is really, really dusty.  In fact, my favorite things about ZP was my hostel and Wave 3 cafe, a specialty coffee cafe that sits in a really inconvenient part of the city.  They also have a really cool Soviet circus building.  That was it.

I hadn’t thought much about Zaporizhia since.  But, a few weeks ago, I was online and someone in the UK posted a beer label from the craft brewery, K&F Brewery, here in ZP.  The label was pretty offensive and it left me appalled (I have since found out that the other craft brewery here, SD Brewing, also has felt the need to put females on every single beer label).  Even more reason to not return.  Yet, here I am.

I came back to ZP because I had to leave Schengen quickly and unexpectedly.  Not for long, but just two weeks.  Kyiv was out of the question because I get in trouble in Kyiv- there is SO much to do there that I won’t work.  And I am so desperately behind in my work right now that I needed somewhere that was chill and would motivate me to get some work done.  Somehow, Zaporizhia just fit the bill.  While I don’t really do hostels anymore, I figured I could stay at my old haunt here as the wifi was good and the beds were comfortable and I could get some work done.  I also could give ZP a second chance.

I arrived back in Zaporizhia yesterday morning really early.  I spent the day walking around from a cafe to a restaurant to a craft beer bar and saw a little in between.  A city that once failed to captivate me had the same effect on me again a year and a half later.  I thought my lack of love for this place on my first trip was just due to my situation at the time (was my first Schengen exile).  But being back here shows me that it is likely that ZP and I were just never meant to be.  I’m not saying anything bad about the city, but it’s just not a place I connect with.  And that is okay… because you can’t love them all.

I’d never discourage someone from traveling here because we all have different tastes.  On the other hand, I don’t think this city and I will have a third meeting.

A few pics from my time in Zaporizhia.  I will be leaving to head to Kryvyi Rih, Ukraine next.  The city is industrial and I haven’t heard the most positive of opinions about it.  On behalf of that information alone, I think I’ll probably fair well in KR. 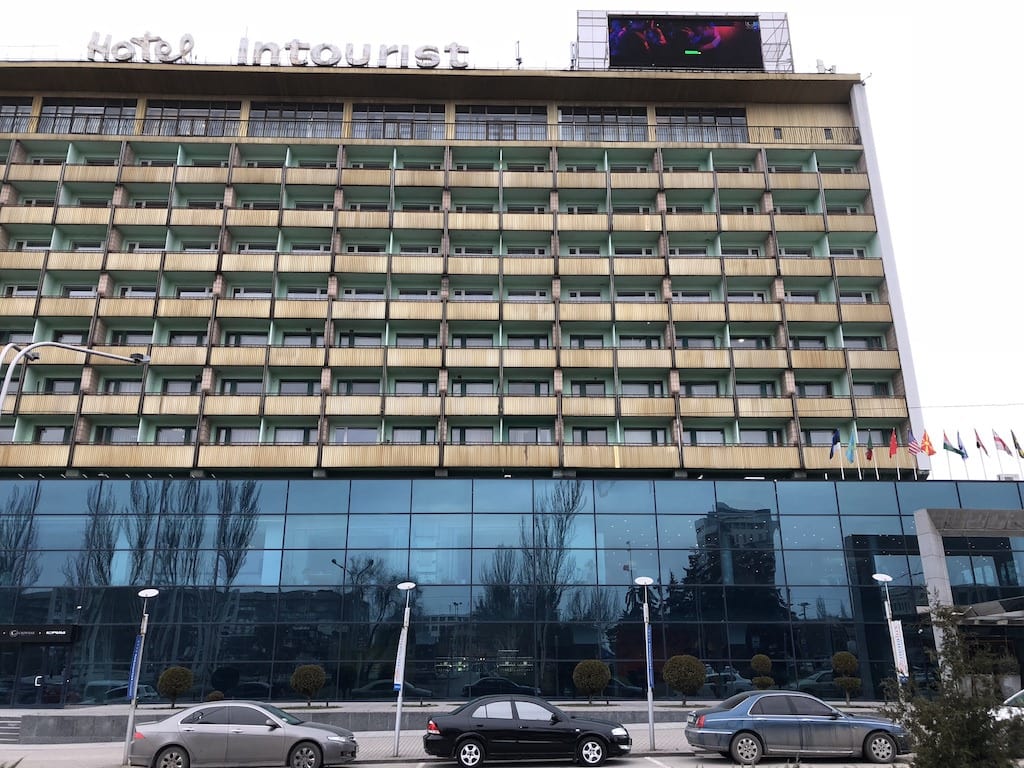 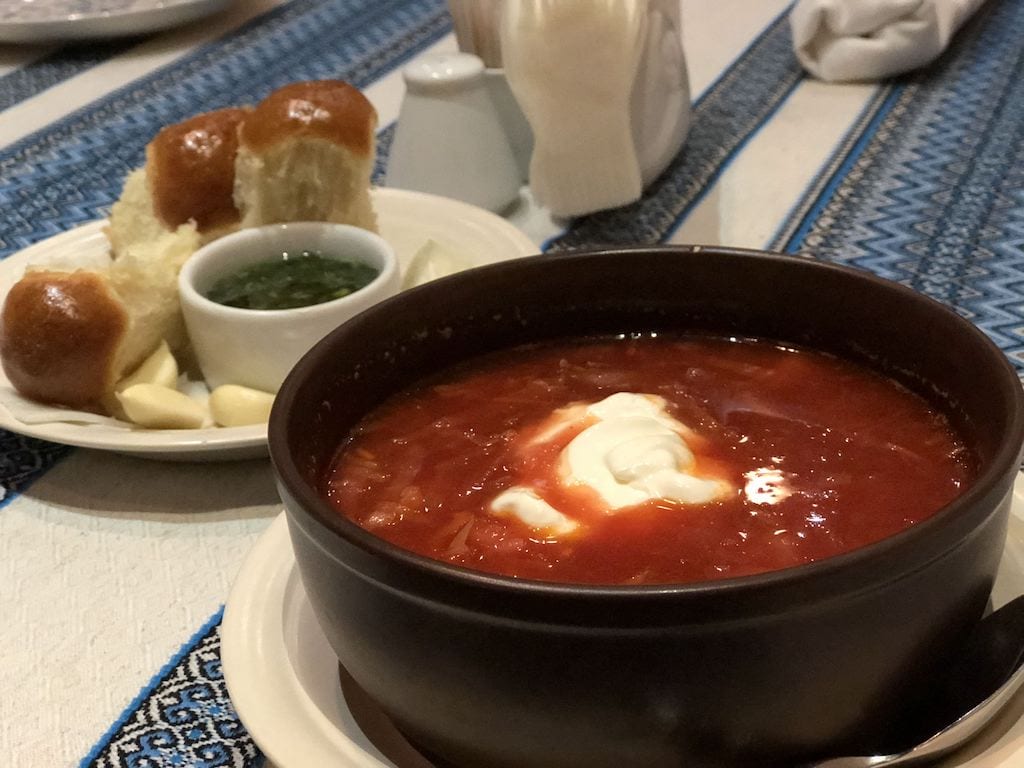 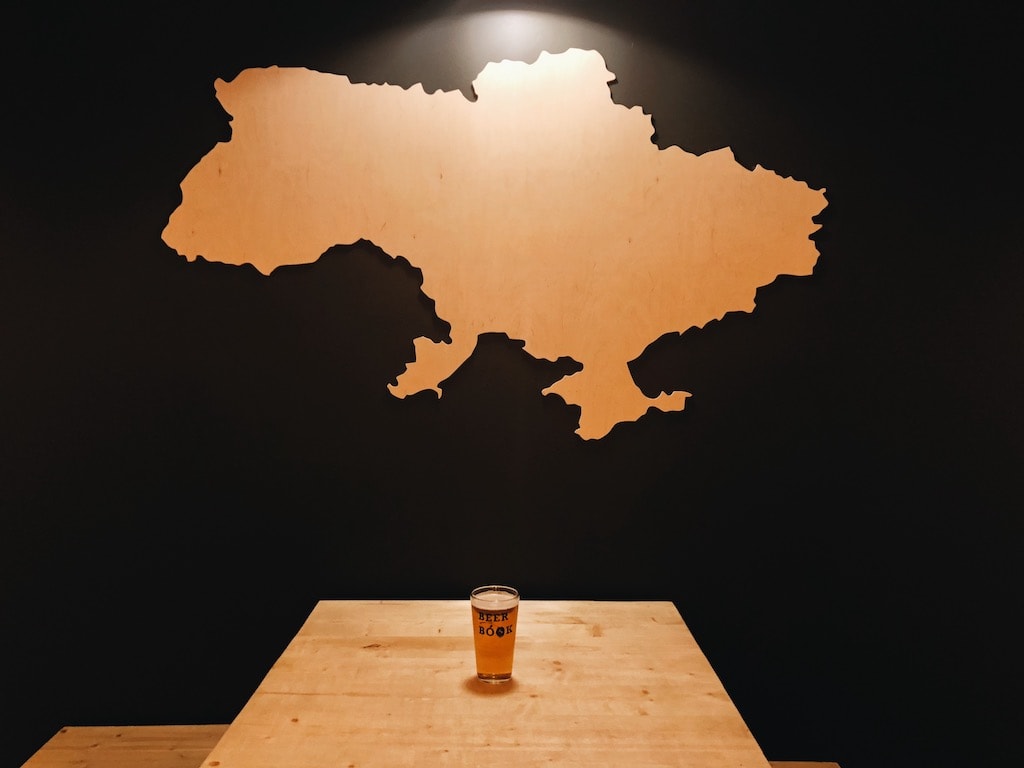 “I didn’t like Odessa, in fact. But I think if I had the right amount of time, I could get down with Odessa.”

Exactly how I felt about Odessa too, I feel like your opinions continue to align with mine, I know I’ll skip Zaporizha if I’m ever in the area!

I was Googling information about the “First Dnipro Brewery” and was amused and surprised (pleasantly) to come across your post on Krivvy Rog and see that you had been to Zaporizhia not once but twice. I was amused because my American friend Rob recommends Krivvy Rog. I thought this girl likes Ukraine and ex-Soviet cities that get a bad press so she’ll like Zaporizhia. And then I found your first report (very fair), and your second visit that you didn’t like the city at all – you tried to get a good impression, that failed. I don’t disagree with any point you make and think you had bad luck that you didn’t have local advice or guidance, and were only partly lucky on finding good places. I’m lucky over several visits to have met a wide variety of people with recommendations and had a long time to familiarise myself and therefore found places that I like.

There is good Ukrainian food, but of course the locals eat mostly at home or picnic / barbecue, and many like to eat international food at the bland kind of place that you mention. Plus the national foods of Ukraine – pizza, sushi and shashlik. Traktir is a good restaurant behind the Tealtrany Hotel in the University / old eastern end of the city (the part that doesn’t get in the Lonely Planet but is worth walking around). You feel good walking Lenina (now Sorborni – Cathedral) but it is not a fun experience to do long stretches. Nor are the marshrutkas. I really like the fantastic hydro-electric dam, Dnipro-GES, and the locals are very proud of Khortitsa. Very touristy Cossack stuff but still impressive and on the genuine site. Locals best to show you the island. There is good coffee everywhere (and locals buy it custom blended in supermarket / market / shopping mall stalls), plus some bad. Old Rabbit is a good time café near former Big Lenin, next to the concert hall. There are more coffee shops and several new beer bars (hence me looking up First Dnipro and finding your post) and at least one new micro / craft brewery (Limbier, to add to two existing) since you were here most recently. Like in the UK ‘craft’ has come into fashion so there is a craft coffee shop (that does sell craft beer), a re-branded ‘craft beer’ bar near the tank monument that sells hardly any beer, and a modernised takeaway beer shop that sells First Dnipro. But on your visits you found three places that I don’t know – the hostel, the coffee shop, and the beer bar. I’ve now seen where each of them is and will visit one or two soon ?. It is a great site, thank you. Kiron Reid, Liverpool, UK. Currently volunteer honorary visiting professor, Zaporizhzhia National University.

I currently live in US, but was born and partially raised in Zaporozhye (Zaporizhzhya). It is unfortunate that you did not enjoy your visits here, but I agree with the previous commentor. You do need to know locals to get the best out of it – it is not Kyiv or Lviv, but there is some fun to be had. Traktir is a great restaurant + visiting Khortitza island is an awesome place to learn about Cossacs – ancient warriors who lived there back in a day. Thanks for visiting and happy travels :)