You are here: Home / Colombia / Medellin, Colombia: From Travel Nightmare to Travel Triumph 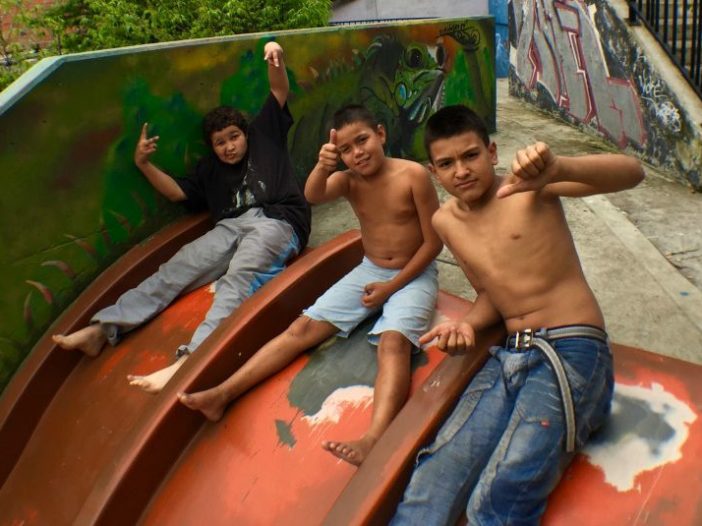 I’m a big advocate for returning to places I have previously visited.  This stands true regardless of whether or not I enjoyed or connected with a destination.  I have been to Paris nearly six times (and haven’t enjoyed myself six times).  I have been to Chicago, Illinois too many times to count and have always enjoyed myself.  The one exception to this rule is Astana, Kazakhstan (although if someone buys me a ticket, I may be down for making a second trip there).  I have never written or talked about Medellin, Colombia on this blog.  I desperately wanted to, but I didn’t want to mention anything until I had some positive light to shed on the Colombian city.  And finally!  I can do that. 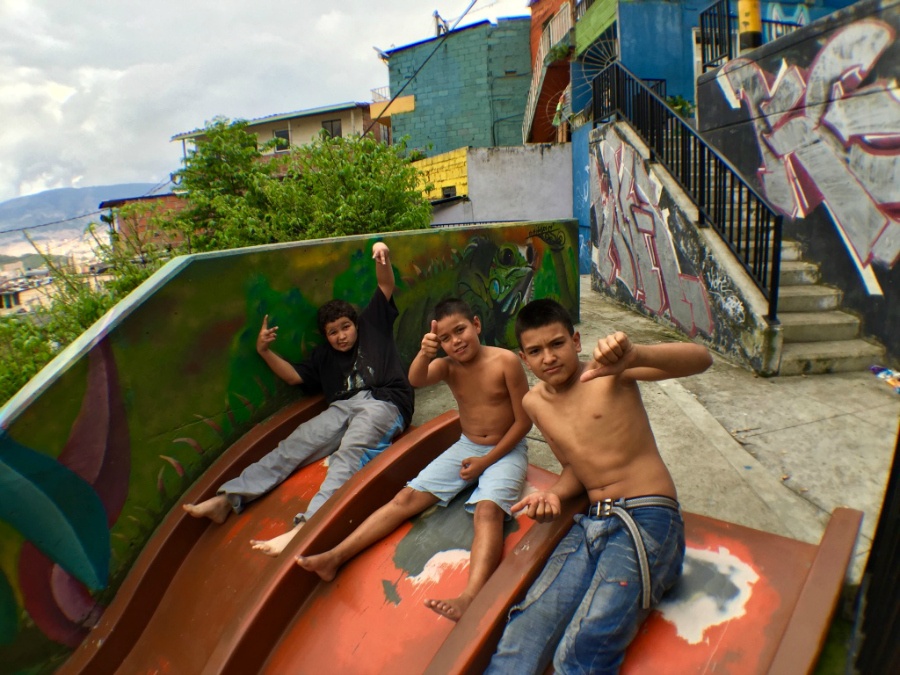 I tend to stay out of trouble when I travel.  I drink and sometimes punch cab drivers who are trying to screw me over.  But for the most part, I don’t have many issues when I travel.  I have never been robbed, I don’t tend to stay out late on the town inebriated, and I try to be as responsible as I can when visiting a place.  My trip in 2014 to Medellin was a bit out of my control and even though what happened may not seem as a big deal to some, it was a big deal to me.

I arrived there last year with little plans but to see some of the city and to work remotely.  For some reason, I know several people living or with ‘reliable’ connections in Medellin.  The city seemed more than its history and current Pablo Escobar tours at the time.  A friend of mine from Ohio has cousins living down here (she is originally from Medellin) and immediately was stoked for my visit there and put me in touch with them.  All was great.  They answered all of my questions, offered to pick me up from the airport until my flight was remarkably delayed, and even slotted aside some time to show me around their hometown.  I was certain I was set up for a kickass time in Medellin.

The two guys picked me up early on a weekday morning.  We were headed to see the city for a few hours and then they were going to drop me off at a cafe that is run by a friend’s friend.  They arrived on time and I got into the car with them.  Assuming we were headed into the city center, I just texted people back in Europe and gazed out the window occasionally to take in what surrounded me.  Medellin is stunning, for those of you who haven’t had the delight of visiting. 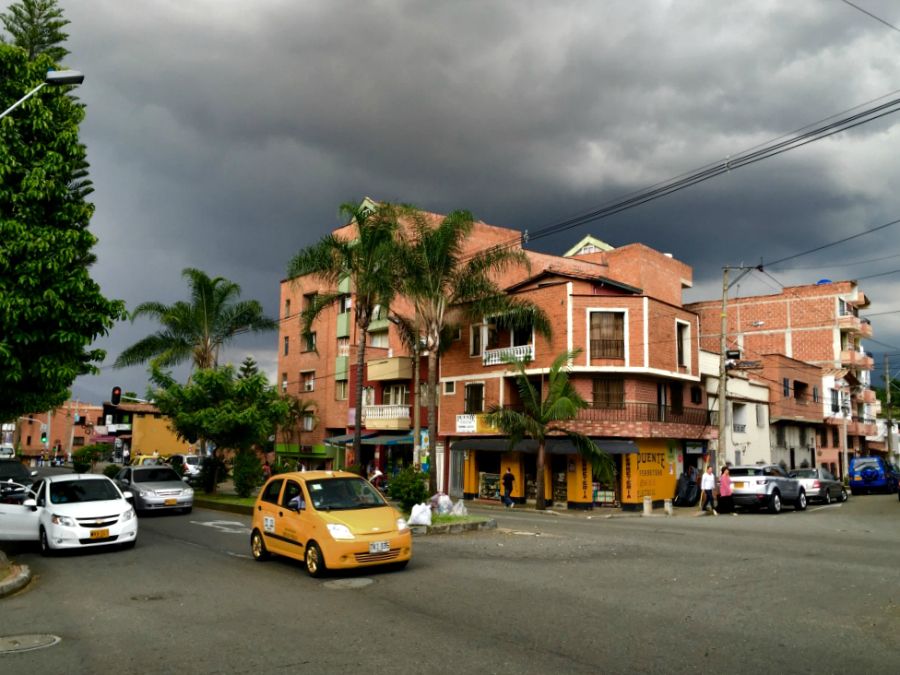 We soon end up at a bakery and I’m asked if I wanted something.  I refused and just chilled out as one of the guys and I waited in the car.  About fifteen minutes passed and the other guy came back empty-handed.  I asked why he purchased nothing and he laughed and said they didn’t have what he wanted.  I shrugged and we pressed on.

I then gaze out my window to realize that we are in one of the seediest places I have ever been.  The place was rough.  I don’t even know how to further describe it.  On every single street corner sits a plastic lawn chair with a woman or man perched on it and children playing around the adults.  I see police frequenting the streets and many sitting inside of their patrol cars observing their surroundings.  At this point, I still thought nothing of it and just assumed we had to pass through this area in order to get to the city center.

We finally pull up to a man in a lawn chair and the guys in the car with me ask something in heavy-accented Spanish and a kid runs up to the window and retorts something back.  Ohhh… we were asking for directions.  We carried on our way.

We get to the next corner, cops still lining the streets, and the window goes down again and a little kid runs to the car and does a very clear and blatant exchange with us.   We hand her something and she hands us something.  Something that has made Medellin famous in the past.  Something I wanted no part of whilst here.  It’s not my thing, first of all, and secondly, I have seen every episode of Locked Up Abroad.  Like five times.

We pull away and up to another corner a few blocks away and exchange out the ‘substance’ we had just purchased for a higher profit than initially purchased.  And yet again, we pull up to another corner and purchase more of the same stuff.  Cops are staring at us and I am sure I stared back in a helpless manner knowing I was screwed.  After that exchange, we pull off for good.  The guys divvy up the ‘goods’ amongst themselves nonchalantly and then tell me they have to make a run to a city about four hours away and that I could join or they could drop me off at my friend’s cafe.  I, naturally, opted for the latter.

I kept an eye on the cars behind us to ensure that every cop car turned and didn’t follow us, which thankfully, they went their separate ways from us.  I was dropped off at the cafe (which wasn’t yet open) and fled to another cafe for a coffee and to rehash what had just happened.  While it seems very frivolous to some, it was a massive deal to me as someone who stays far away from this kind of lifestyle.  Especially knowing what kind of jail sentence I would have had just by association with these guys.  I later researched the area I was in and found out that it is so heavily patrolled (which I realized by being there) and is very much known for the still-existent drug culture.  The children do most of the work because the cops are less likely to apprehend them.

Sadly, I let this incident define my entire trip to Medellin.  I never really left where I was staying for the days that followed.  I thought about even leaving and heading to Ciudad Perdida or somewhere in a different region.  Instead, I worked and sat on the rooftop terrace and had some drinks afterward each and every day.  Once I got to the airport and on the plane to Guayaquil (Ecuador), I felt the biggest sigh of relief.  I knew Medellin was a great and much-loved city, but I wasn’t keen to return any time soon. 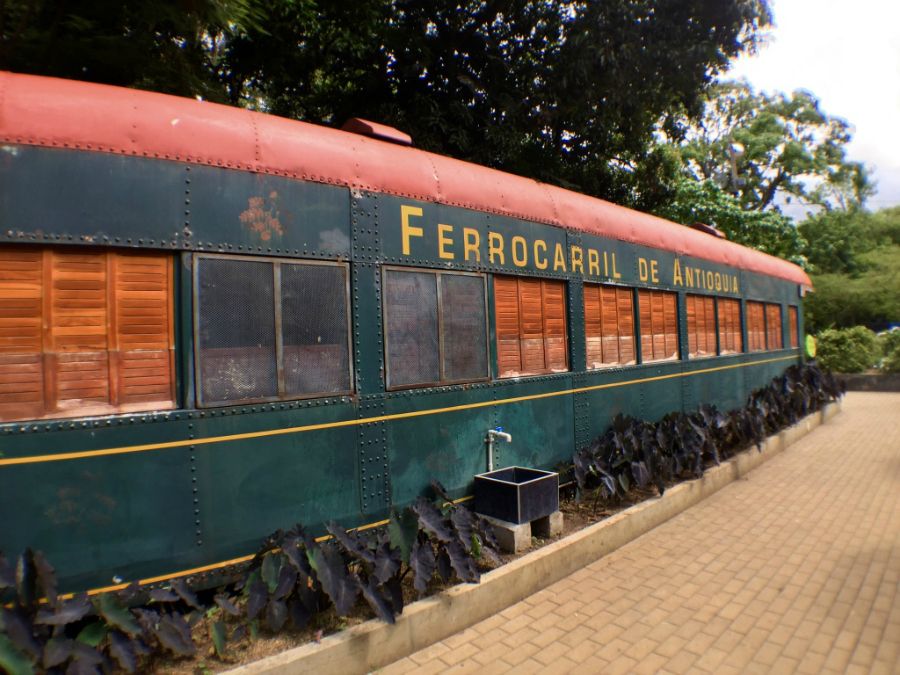 I am currently sitting on the same rooftop terrace I imprisoned myself to one year ago with a computer on my lap as I lounge on a couch.  I have been here for about ten days and have spent the majority of the trip here in Medellin (with a short weekend stint in nearby San Jeronimo).  And I’m happy to report that this city is freaking phenomenal.  I have given it the respect it deserves.  I have met amazing people, seen a fair portion of the city from the tourist havens to neighborhoods even most locals don’t venture to, and enjoyed the hell out of the place.  Medellin truly is one of the best cities I’ve ever stepped foot in anywhere in the world. 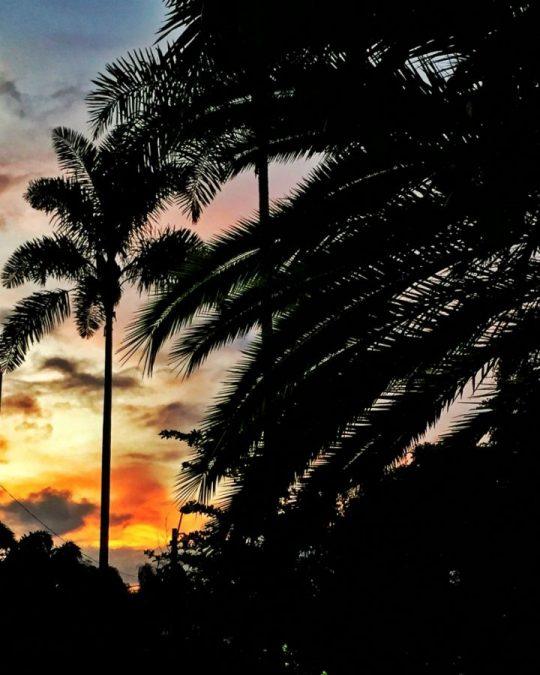 There are two sides to every story.  I happened to get myself into the bad story on my first trip here and knew that the incident had nothing to do with Medellin.  It could have happened anywhere in the world.  I’m so grateful I had the ability to realize that and make the trip across the Atlantic to check out this inconceivably marvelous place for the second time. 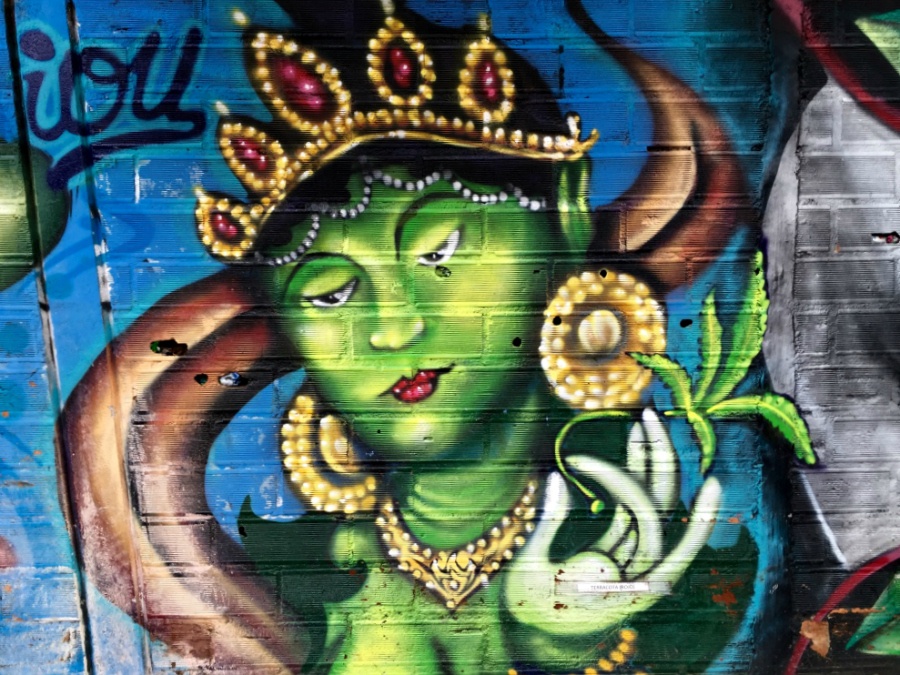 I can’t wait to eventually write what has led to me falling in love with this city and why I’m so passionate about promoting Medellin to travelers from all backgrounds and nationalities.  I truly think it is a city for everyone and that everyone can appreciate the transformations and beauty the city has to offer.