While Riga is famous for its nightlife, lip-smacking dishes, the Central Market and Vecriga (the Old Town), there are other jaw-dropping spots not everyone recommends to tourists. If you haven’t still eaten those baked piragis or potato pancakes to heart full, pack them up- I am taking you on a tour of unusual things to do in Riga!

Take along a bottle or two of the Latvian medicinal drink – the Black Balsam – to energize and really dip into Latvian lifestyle. And here is the list of unusual things to do while Riga sightseeing:

The World of Hat Museum

Not on everyone’s bucket list is this hat museum, situated in the Central District. Take a turn towards Vilandes iela from Elizabetes iela, and you will reach this quiet apartment. What started as a personal collection by Dr. Kirill Babaev is now a five-hall collection full of different headgears spread across traditions around the world.

The collection, divided according to regions, contains hats from Europe, Asia and Africa. There are some from the United States as well. There are headdresses worn only on special occasions and the story of each is displayed there beside them. This small museum is a meeting point of many cultures and if you are curious about (hat) fashion around the world, give this place a visit.

You can see the photos next to the hats to get to know how people wore them and you can even try out many of those hats there. Moreover, if you are interested, ask when the next hat-making class is going live there. They organise it in English, Russian and of course, Latvian. 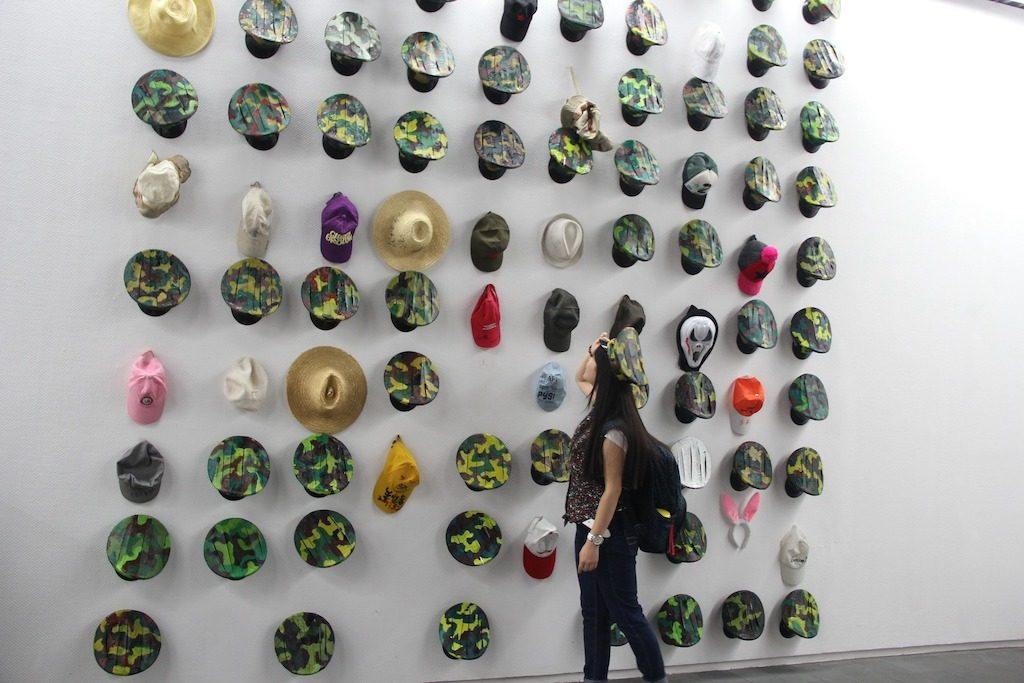 Situated at Maza Pils iela are the Three Brothers, three buildings said to be made by three members of one family. Built in the 15th century – in Dutch style with Gothic decorations – the oldest one is a one-room building. It had one large hall used for manufacturing purposes and trading, primarily, with Dutch merchants.

Unlike the oldest building, the middle one built in the 17th century has a spacious residential room with large windows. You will find Dutch influences in this building too but it has an eye-catching layout and details.

In the late 17th century, the youngest and smallest building was built. The narrow, green Baroque building has apartments on each floor, and a mask that is said to protect these dwellings from spirits. This complex serves as the Latvian Museum of Architecture and you can go inside, watch the interiors and learn more about Riga.

The Stura Maja (or the Corner House) is an Art Nouveau building at the corner of Brivibas iela where it intersects with Stabu iela. This building used to be the KGB headquarters in the Soviet era and here, they tortured the prisoners and even executed.

Latvian Occupation Museum designed and reopened parts of the building as a museum, and you can visit the cells where dozens of prisoners were stuffed in heat and without water. Explore the KGB headquarter, office space, the dark dungeons and get to know the dark period of Riga.

The Statue of Christopher

According to the legends, a giant lived beside the Daugava River, who protected people during floods. He would carry people across, and one day, the Christ child approached the giant to get help in crossing the river. Christopher (or the Christ-bearer) then found a pile of gold when he returned to his place, which he used to establish Riga.

People offered flowers to his wooden statue (which is now in Riga’s History Museum) and asked for his blessings. A new statue is in place (inside a glass-box) overlooking the river. Find it on 11 Novembra Krastmala, a few hundred metres away from Vansu tilts (Vansu Bridge).  Definitely something fun to put on your Riga sightseeing list. 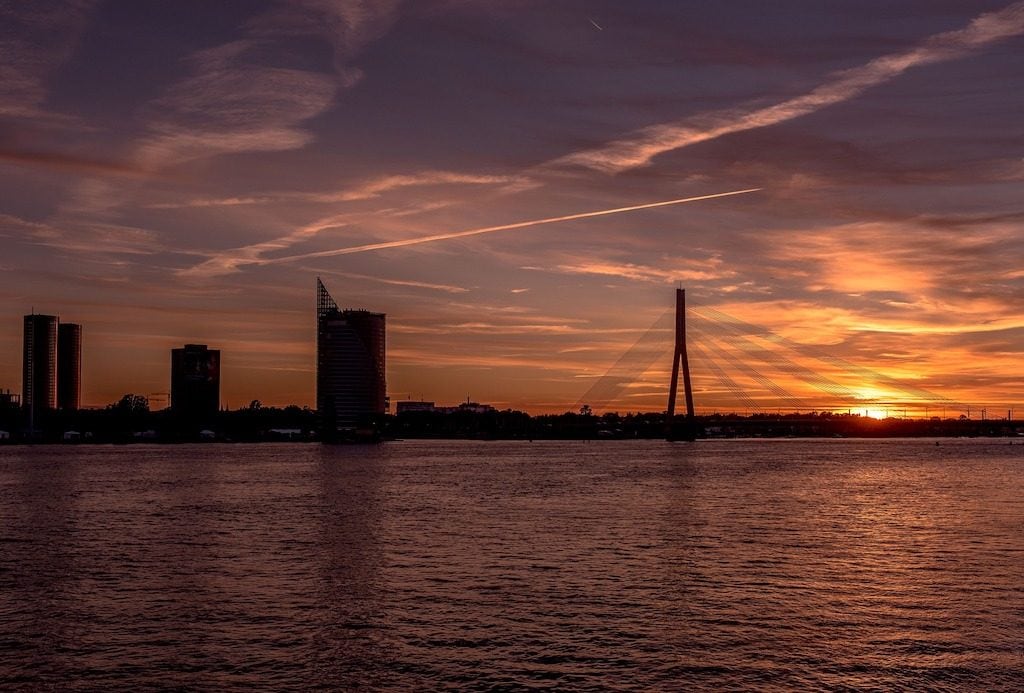 During the Soviet rule, more than 16,000 Latvians were deported to USSR in railway wagons. In memory of that horrific event, one such car is on display at the Tornakalns Station, south of Riga. The deportations started in 1941 in such red-brown railway cars.

Apart from the wagon next to the station building, there are many memorial stones nearby which display various places where the rulers transferred the deportees. There also is a stone there that says another 42,000 were moved in the year 1949. In the premises, there also are some panels depicting the entire timeline of the deportation events. There also are maps to show the places where these trains went.

Tornakalns, by the way, is only about 5 km from the Old Town.  This is one of many things to do in Riga that will teach you about the history of the city.

In 1941, Nazi killed about 25,000 Jews on two consecutive days – 30 November and 8 December – in the Holocaust. The venue of this massacre was the Rumbula forest and on the way to it. The victims were forced out of their houses and then had to walk up to the designated area. After the operation completed, they buried the bodies in the massive pits dug out in the forest itself.

As the path leads to the massacre ground, you will see some memorial stones there. And then there is the field with a large number of stones engraved with the names of the victims. There also are many graves there. And a tree-like structure with a list of the victims on a laminated paper attached near the roots.

It’s off the Maskavas iela and at a distance of about 15 km from the Old Town.

Have you already bought souvenirs to take back home? If not, this flea market is an interesting place to find some unusual Russian items as a souvenir. This market is in the Maskavas Forstate suburb, south of Riga and you can see almost anything here in those heaps of things.

There are many ‘weird’ Russian and German collectibles, but you may come across things useful at home. The area can be a bit sketchy at times and a lot of the goods are from the Black Market. So, you can get things quite cheap there. There are old electronics, bicycle parts, Soviet and Nazi pins, coins, books and whatnot.

If you fancy yourself as a soldier, you can find their uniform there, in parts though. Buy something for you or gift one of the old Soviet hats to your friends.

The Boat Tour in the Canal

While tourists come to Riga to see the museums and architectural wonders, they sometimes forget the city also has a canal even though it is right in the heart of the city. The pilsetas kanals, or the city canal, served as a moat to keep the town safe in old times.  It now runs through the center of Riga separating the Old Town from the New Town.

There is a 1-hour canal trip which starts at the Bastion Hill near the Freedom Monument. It gives you a view of the parks and tourist sites of Riga from water, and also the Daugava River.  This a great way to do a little Riga sightseeing and check out many of the things to do in Riga. 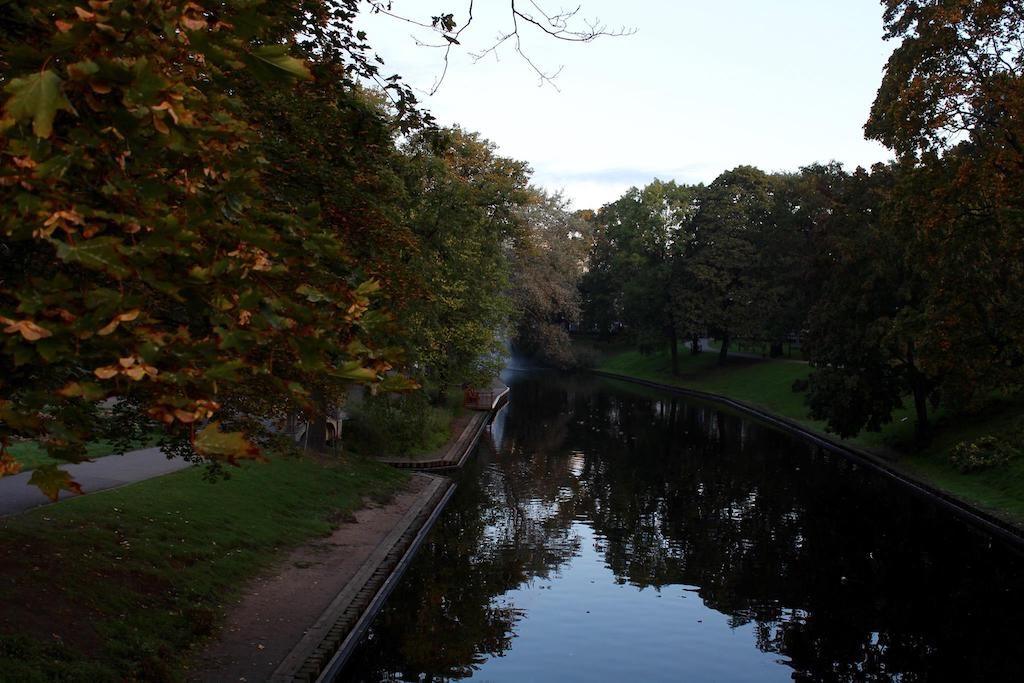 Saulkrasti is a town 45 km north of Riga. There is this White Dune there which offers a view of the sea on the Vidzeme gulf coast. The dune is formed by the blowing winds which brought sands and deposited it over the bed of clay. With the passage of time, the layers hardened and leveled.

Walk down the 4-km long Sunset Trail starting from the town to the White Dune. Pine trees cover most of the sandy slope which protects the dunes from slipping away, and the wooden trail passes through this forest. There are viewpoints on this trail to let you view the landscape, the Peterupe river valley, and the beach.

In the hidden corners of the Town Hall building lies a preserved old oak tree. This tree was found during the excavations when the base for the new building was being laid. The dating revealed this tree to be around 3500 years old which now lays sideways among the souvenir and the flower shops there.

You feel young now? Well, Riga has that power. Visit Latvia and some of these things to do in Riga and tell me which of these offbeat places caught your eye!

One thought on “Riga Sightseeing: 10 Unusual Things to Do in Riga, Latvia”