You are here: Home / Belarus / Tales From Minsk, Part 3 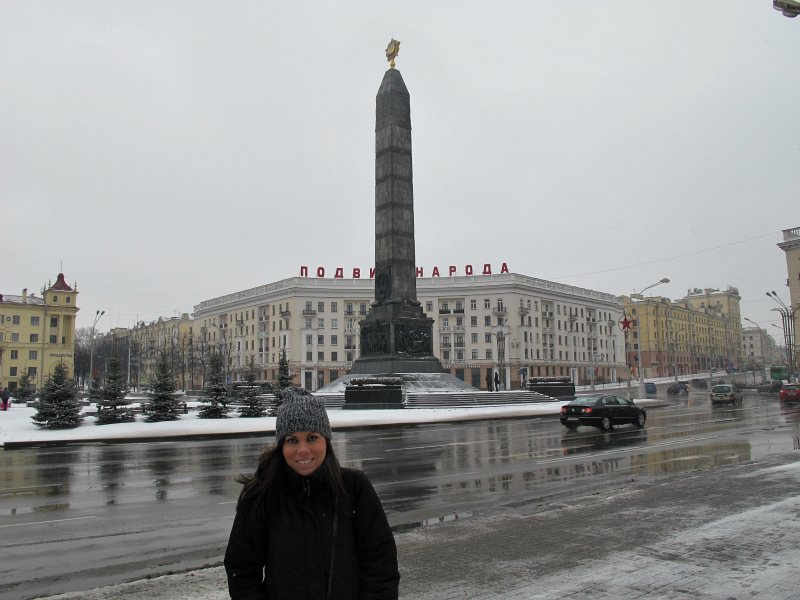 Vitebsk happened all too quick and after a missed train and a pretty expensive bus ride as a result, we found ourselves back in Minsk.  Our first priority once arriving back in the city was to get the keys to our apartment.  Instead of staying in a hotel, we had chosen the option to spend the night in a centralized apartment that came highly recommended by our Tour Agency.  In order to get these keys, we simply had to meet a guy named Daniel at Lido’s entrance (I swear Lido is the meeting point in Minsk).  My iPhone decided to conveniently die when it showed it still had 15% battery remaining.  Panicking because there were loads of people and we really didn’t stand out like the people waiting to grab apartment keys, I started looking around for an outlet to charge my phone.  I found one outside but it didn’t work.  Luckily, I had Daniel’s phone number memorized at this point, so I could just borrow someone’s phone.  But no one spoke English…

By the grace of God, Ivan (who I wrote extensively about in Part 1) was heading into Lido and saw us.  I kid you not when I say being in Minsk is like being in a small town…

He called Daniel, who was on his way up to meet us, and all problems were solved.

Daniel took us to our apartment and explained to me that the following morning he would take us to get us registered.  You see, everyday in Belarus you must be registered at a hotel or the place you’re staying.  Since we were staying at an apartment, he simply had to just take us into the Center for Foreign Citizens, they’d stamp my piece of paper, and we are done. 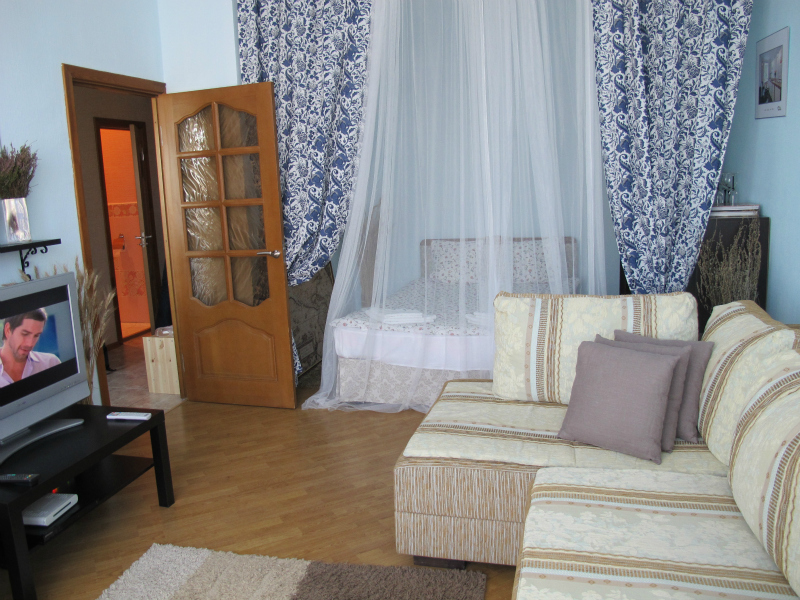 Daniel left and Andre and I decided to grab some food and just take it easy that night.  We hopped over to Lido, which was a block away, for dinner.  I ate some rice and potatoes or something very unappetizing, and Andre decided to go for the most expensive thing in the entire place… trout.

He ate his trout, which he mentioned a few times was overcooked and dry, and we headed back to the apartment.  Somewhere in between that piece of trout and bedtime, he began to get ill.  We quickly learned that Lido’s most expensive dish had given my boyfriend food poisoning.

Neither of us slept that night.  Our conversations were based around how we would go about using that mandatory medical insurance you must purchase upon entrance into Belarus.  And if he was going to throw up (which obviously resulted in ‘yes’).

Andre’s sickness lasted well into the next day and we had plans to go to the Center for Foreign Citizens with Daniel.  I gave him a prewarning of what he was working with, but we had no choice…we had to go or we’d be in trouble with the government.

Andre was weak and very sick as we marched over to this building, which was about fifteen minutes away by foot.  We took our passports and registration cards to a female, who was sitting on the lap of her police officer boyfriend at a desk, and she looked at his and stamped it.  She looked at mine, looked back at the cover of my passport, and started speaking Russian to Daniel.  He looked very angry at her and then looked at me and shook his head and said, “Bureaucracy”.

Daniel’s English abilities did not extend far beyond mannerisms and perhaps how to count.  And evidently, the word ‘bureaucracy‘, a word I never, ever wanted to hear in Belarus.  He then told me to not worry, we just had to fill out some paperwork.

Andre, sicker than a dog, had to sit in a hot room alone while I had to have paperwork filled out in another office.  Still confused about what was going on, Daniel had to call his boss, who spoke English, and have her explain it to me.  Apparently, from what I gathered, I was not allowed to go to Vitebsk and back to Minsk.  What it meant was that I was not permitted to travel around in Belarus and I was supposed to stay in one place the entire time.  This is obviously so untrue.  I know plenty of people who had done it before me without such issues.  AND, I had a boyfriend who had exactly the SAME stamps on his registration card as I did and there were no problems with his. The paperwork that was being filled out took over two hours.  I was trying to not use nasty language with the officers for fear of being thrown in jail or something, but it was everything to bite my tongue…especially with Andre sitting in a stuffy room feeling like he is on the verge of death.

The entire time we sat in there, Daniel looked like he was close to crying and I felt bad that he was pulled into the mess in the first place.  He kept apologizing to me for his country and would whisper, “I’m so sorry, but it is because you are American”.  I kept responding with, “I don’t understand what they want from me”.  To which he would respond with, “Your money”.  Obviously.  But again, these people didn’t get the memo that I eat Thai Ramen Noodles every night for dinner because I’m too poor to afford a proper meal in Norway.

I continued to ask what the hell I could be in trouble for and he kept reiterating the same thing.  I explained that my stamps were no different than Andre’s and he kept pointing to the nationality on my passport.  I began sending emails back and forth on my phone to Tatyana, my tour agent.  If anyone knew where I could and could not go throughout the country, she did.  When I told her, she was so upset and frazzled.  She knew very well that I was being bribed and that there were no restrictions to where I could go in Belarus as long as I registered properly, which I had.

A few hours later, we left.  I had to leave my passport behind at the Center and had to come in between 4pm-6pm to pick them back up with Daniel…and pay my bribe.  Tatyana, who was absolutely irate, spent the day calling around to figure things out.  And then she explained to me that she has her company’s lawyer involved.

Because of Andre’s food poisoning, we had to stay in an apartment again and skip staying in a hostel (which was part of our original plan).  Since our current apartment was booked, we had to move locations, and pay much more.  The day turned out to be very expensive.

Daniel and I went back to the Center for Foreign Citizens at 4pm to get my final decision and fine price.  Tatyana informed me that my tour agency would cover the fine and I wouldn’t owe anything because I wasn’t technically at fault.  She also informed me that her lawyer will be involved and this will result in a long and drawn out legal process once I’m out of the country.  I was relieved to not owe anything, especially since Andre and I had to pay for a very expensive apartment that evening as a result of his food poisoning.

“They did this to you because you are American and they know you have money.  I sincerely apologize on behalf of my country.  Unfortunately, this is reality here and what we live with everyday.  I am sorry that someone traveling here had to experience such a thing and I truly, truly hope that this is not what you remember of Belarus and found your weeks here to be enjoyable and are able to tell people that you liked the country once you leave”.

Those were Tatyana’s last words to me.

We spent our last few hours in Minsk exploring and eating… Lebanese food, not Belarusian (Andre’s choice, but one I didn’t argue with). 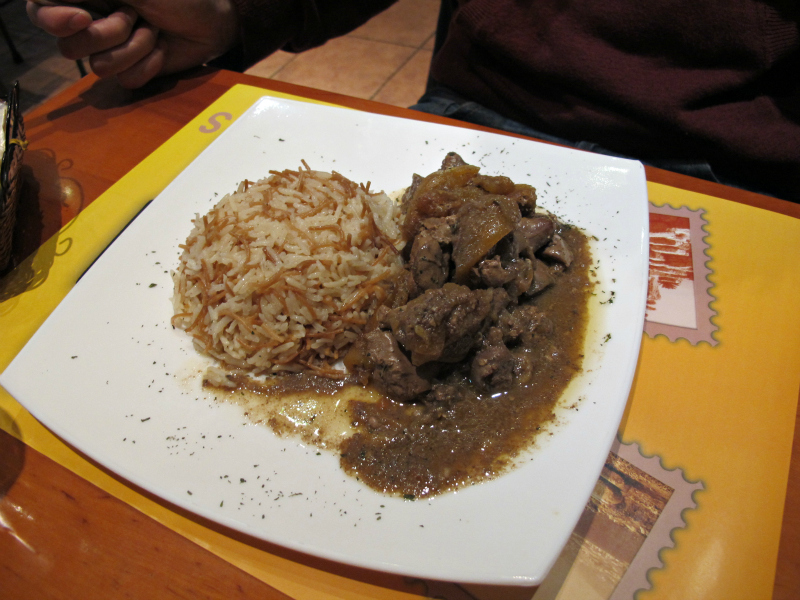 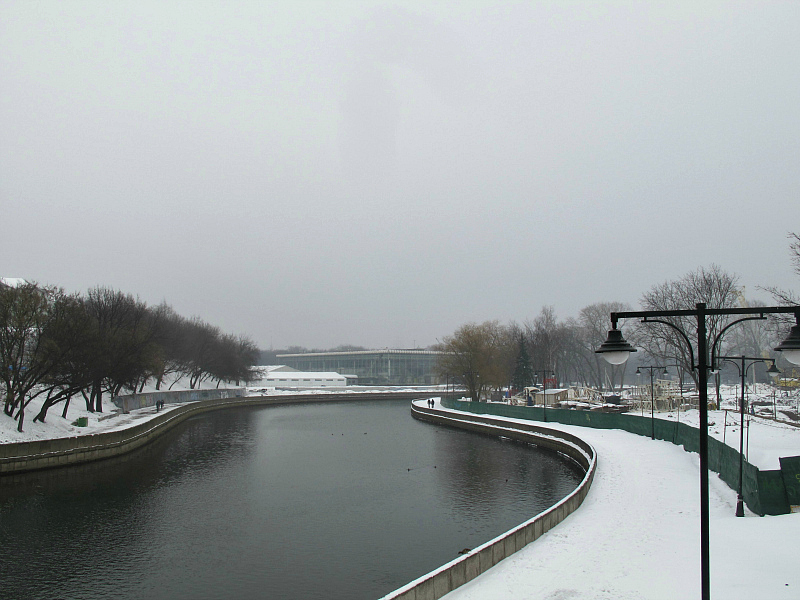 We left Belarus the following day in the evening on a train back to Vilnius.  Worried about how I would make it through border immigration, I luckily had no issues.  I have never in my life been so excited to see an EU flag.  I have no idea if I’m allowed back in Belarus, but I would assume yes?  I write that very wearily as I really would not know unless I applied for another visa there.  And I’m fairly certain that the government will read everything I’m writing right now on my blog, so that may play a factor into deciding whether or not I’ll be permitted back into the country.

We’ve all had shitty travel days, and that is mine.  It could have been worse.  It could have been a lot worse.  While I wanted to scream on the day it was happening, I didn’t regret my decision to travel there for one moment.  And if someone asks me if I’d like to return to Belarus, I will always say ‘YES’ without any hesitation.  I have nothing bad to say about the country aside from what happened to me on my last day there.  But in reality, I kind of expected something like that to go down when I was there.  It wouldn’t have been as adventuresome otherwise.

To see how my trip to Belarus began, you can read Part 1 and Part 2.