My first few days in Minsk left my mind racing and my heart curious.  I had expected the locals to be cold and unfriendly and they had proved me 100% wrong within a matter of minutes of arriving into the country.  And we didn’t even speak the same language.

The next day in Minsk was dedicated to meeting up with some of my Belarusian friends whom I had met in Latvia back in December.  These girls were such sweethearts, but spoke basically zero English.  We communicated over Facebook via Google Translate.  Which more-or-less meant that when I would talk about my dog they would receive messages that everyone in Norway rides an elephant to work…or something along those lines.  Luckily, one of the girls had an older sister who was fluent in English, and was also curious to meet me.

We all met at Lido, which is a Latvian cafeteria chain that has not-so-bad food (truthfully, I’m not a huge fan, but it was cheap and kind of seemed like the meeting point in Minsk). 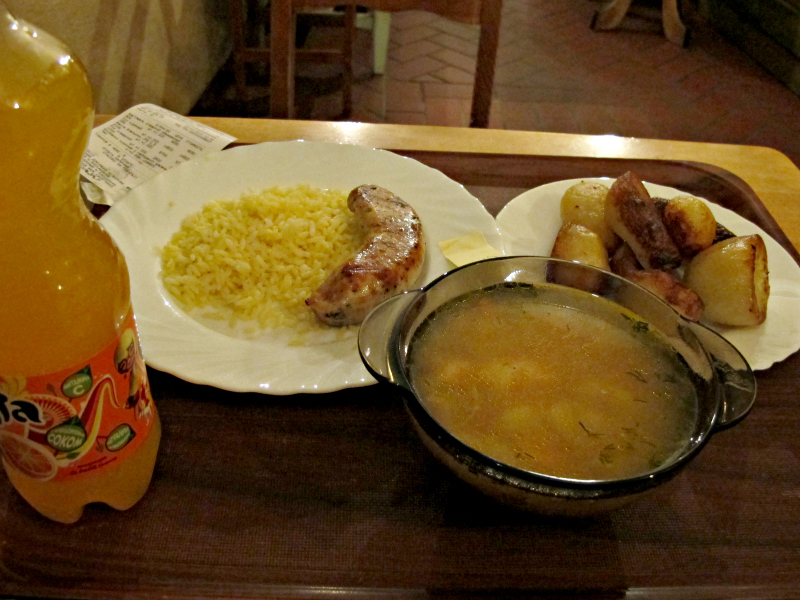 It was great to see the girls, grab some food, and chat.  I was pleasantly surprised to learn that Polina, one of the girls had I met in Latvia, had enrolled herself in English courses after we met and had become rather conversational in a matter of just a few months.  We casually chatted about life in Belarus, medical school (Polina is a med student), and just everything in between.  I quickly learned that politics was once again a taboo subject now that I was away from Ivan, but the girls were very unsatisfied with the government administration in Belarus.  I also learned that doctors in Belarus make an extremely poor salary compared to doctors elsewhere.  But Polina was so close to her family that she couldn’t fathom moving outside of her homeland.  My meeting with the girls was short-lived as I had to pick up Andre at the airport in Minsk.  They helped me hop on a bus and gave me the instructions of how to take two more modes of transportation to the airport. 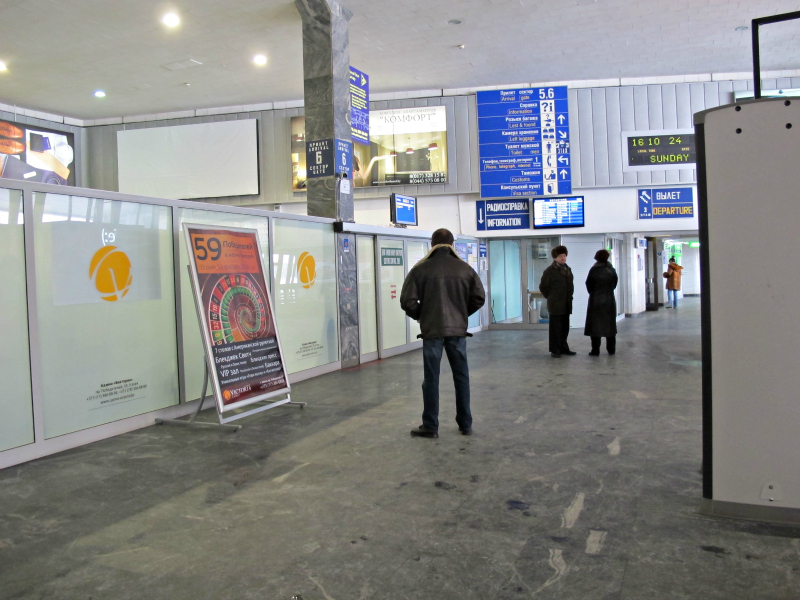 Goodness, don’t everyone rush to Minsk at once.

That evening, we checked into our hotel, which had its own strip club, bowling alley, and tattoo parlor, and then went out for a dinner and drinks.

The following day we walked around the capital city and did a little day drinking.  We went back to a cheesy Vegas-y lounge, called Barin, which was adjacent to our hotel and a place that we had been to the night before, and were extremely excited to discover that this bartender spoke English.  We began speaking with Alex, who had moved to Belarus from Kazakhstan a few years prior, and he poured us complimentary shots of vodka a few times throughout the conversation.  We began talking about tourism in Belarus and why the Belarusians treat tourists so kindly.  While I think that is just the people that they are personally, Alex told us “Europeans have money”.  I responded back, “But I’m American, not European”.  Which he responded with a wink and said, “And Americans are goldmines“.  Little did he know that the goldmine I was sitting on was one that forced me to cut my hair with kitchen scissors because I can no longer afford such luxurious expenditures.  Alex shared the news with us that he loathed living in Belarus.  When I asked why he didn’t just move back to Kazakhstan, he noted that he hated it there too.  I never inquired much further on his reasoning behind these opinions.

Alex’s bar closed and he was determined to give us a night tour of Minsk.  Night tour = bar hopping.  We so eagerly accepted and walked around Minsk with him while barhopping in between sights.  This was the night I met Yuliya, one of the most beautiful girls I had ever seen, at a bar called Insomnia that was open 24 hours and swankily donned black and white decor.  Yuliya was the blonde Angelina Jolie.  Dressed like a supermodel, I quickly learned in a modest manner that her face was a very popular one in Minsk (she had a job that made her very well-known to the people).  She spoke exceptional English, had a life long dream to visit New York City, and was fascinated by an American choosing to visit her homeland.  We chatted for quite some time before my crew, which had doubled from just Andre, Alex, and I, to many more people, headed to Doodah King Bar.  At the time, I had no idea that Yuliya and I would be running into each other randomly at a restaurant in Vitebsk, four hours away from Minsk, two days later. 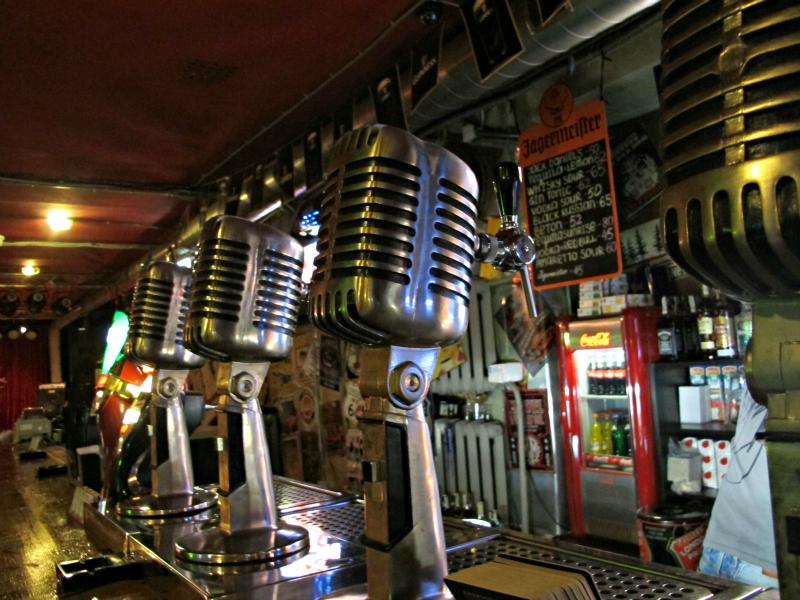 Minsk had surprised me left and right.  The people were so hospitable and fun that it left me rather inspired by the place.  The only thing that could put a damper on my time in Belarus was if Andre or I contracted food poisoning or the government tried bribing me for simply being American.  But that wasn’t likely to happen…

An American Tail was one of my favorite movies as a kid too, but I can’t say that it ever occurred to me to visit Minsk…. at least not that I remember. These posts are amazing though…. keep them coming!

LOL i think im the only one who saw a movie about mice excited to move to america and became intrigued by the land they were leaving. basically typical megan fashion.

That looks like German food! And who knew that Minsk was so Vegas-y? Looks pretty cool still…

yea minsk had some neon going on at night. everywhere. sometimes it was just christmas lights hanging up at bars and stuff, but they really knew how to be flashy!

An interesting tale on cultural exchange.

Such a shame to hear that politics is such a taboo subject when these countries are supposed to becoming more liberal and open.

Either way it sounds like you had an enjoyable night out and Minsk sounds like quite a night spot.

Megan! Fantastic stories. This is a part of the world I’m yet to visit but really really want to… although perhaps I’ll wait to read the excitement in part 3 before booking anything!!!

All hotels should have their own strip clubs, bowling alleys, and tattoo parlors. Of course they should! And I’m intrigued/ worried about that Texas poster, did the strip club have a Texas theme?