I arrived in Minsk alone at around 10:00pm at night on a train from Vilnius.  The city was dark, but well lit up with neon lights like many eastern European cities.  I immediately attempted the metro system, and to my surprise, was successful (no signs were in English) at arriving to my hostel’s metro stop for the night.  The city was clean.  The air felt clean.  Where in the hell was I? 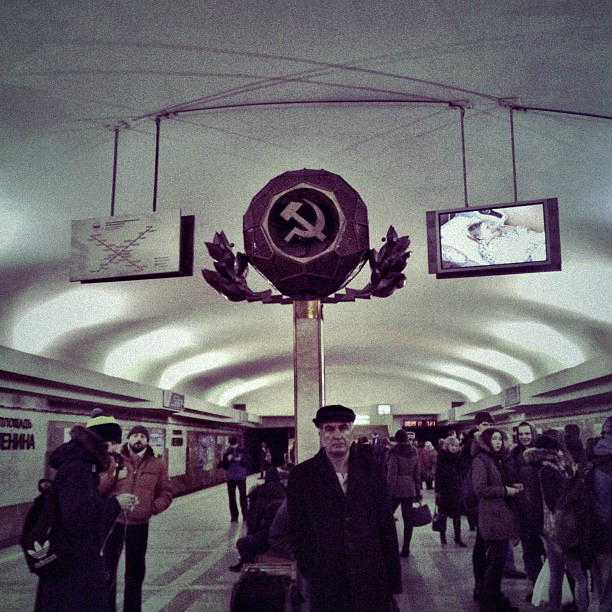 While my metro attempt may have been a success, my attempt at finding my hostel from there was anything but.  Eventually, I received a call from the owner of the hostel politely asking me, in English, if I needed some help.  My phone tends to work on outbound calls everywhere in Europe, but Belarus was an immediate exception.  Shocking.

The hostel owner sent another worker on the twenty minute walk to find me.  While I was waiting, I couldn’t help but notice everything around me.  At this time, it was around midnight and the vicinity around the Akademiya Nauk metro stop was empty.  There was one bar that appeared to be open, but in the process of closing.  Other than that one source of life, the only person I really noticed was an old man chipping away at ice on the sidewalk attempting to make a safe path for pedestrians.  Minsk was like no place I had ever visited, and that was more than apparent. 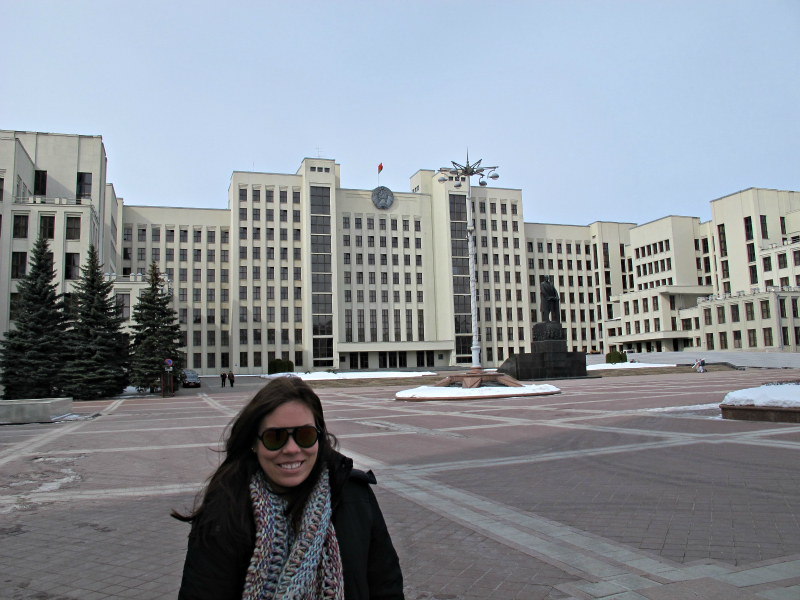 I had done my research on Minsk.  Heck, I had wanted to visit the place ever since I had seen the movie “An American Tail” as a child and the family of mice leave Minsk to move to the US (and sang about how we have no cats in America).  But the research you do is not going to prepare you for the place.  You won’t understand how clean the place is until you arrive there.  You won’t understand how a country where over half of its citizens work for the government operates…until you visit there.

I had met a girl on Couchsurfing named Anna, who lived in Borisov.  I was planning to visit Borisov the following day via a shared taxi.  Well, plans fell through and Anna became super concerned about how I was managing.  She sent her friend, a really nice and friendly guy named Arman, from Iran but studying in Minsk, to help me get a SIM card for my phone, etc.  This was also a great time for me to ask some questions given this was going to be one of the few English encounters I knew I’d end up having on this trip.

I met Arman at Sun Cafe inside of Stolitsa (the underground mall) and we chatted over tea about how he ended up in Belarus for his studies and what his thoughts were about the country.  He was rather positive and said he enjoyed the people of the country.  We approached the touchy subject of politics and he stated he felt that Belarusians were secretly happy about the way their country was being run.  That was a much different story than I was anticipating to hear…  But a man from Iran studying in Belarus could also have a different opinion than a Belarusian who has lived there throughout the duration of their life. 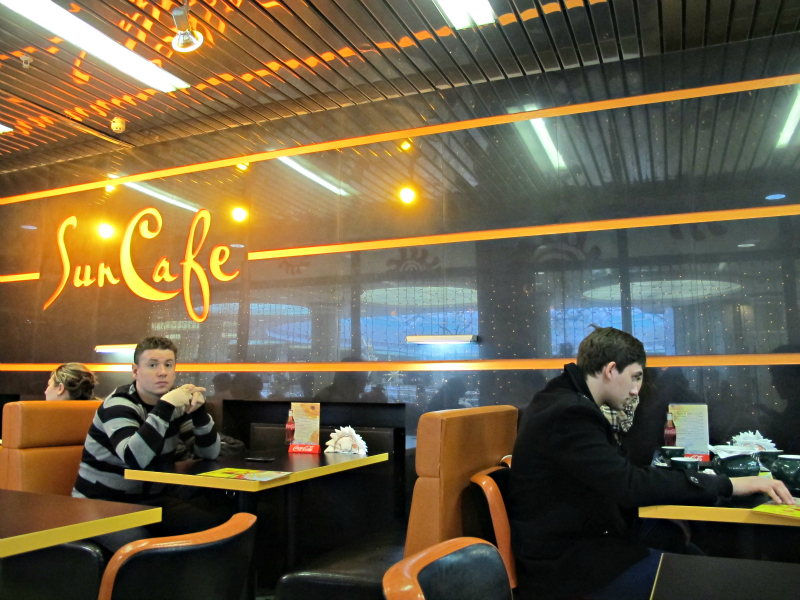 Later that evening I wasn’t feeling so great, so I laid low and met up with the owner of the hostel, Ivan, at a nearby bar.  Ivan is a 23 year old who is married with one kid and hails from western Belarus.  He is a full-time musician and owns his own travel-related business.  There is also one more minor detail that should be noted about Ivan- he has a huge hatred for the current Belarusian government.

Ivan told me all kinds of stories.  In a bar.  I was doing my best to not say one thing or another in public for fear of getting kicked out of the country, but he didn’t care.  He openly displayed his antipathy towards the government of his country and said he was one of a kind… and that most Belarusians wouldn’t dare talk politics like this in public.  He shared stories of how he has been arrested three times for anti-government acts.  The first arrest was because of a supposed anti-government lyric he sang at one of his shows.  The second arrest was because he was at a demonstration and had clapped (which he told me clapping in public was now considered a secret way to show you’re protesting the government).  And the third was something else similar.  He said he always had a bag packed in preparation of a stint in jail.  He also told me that there are still over 200,000 KGB informants scattered across Belarus. 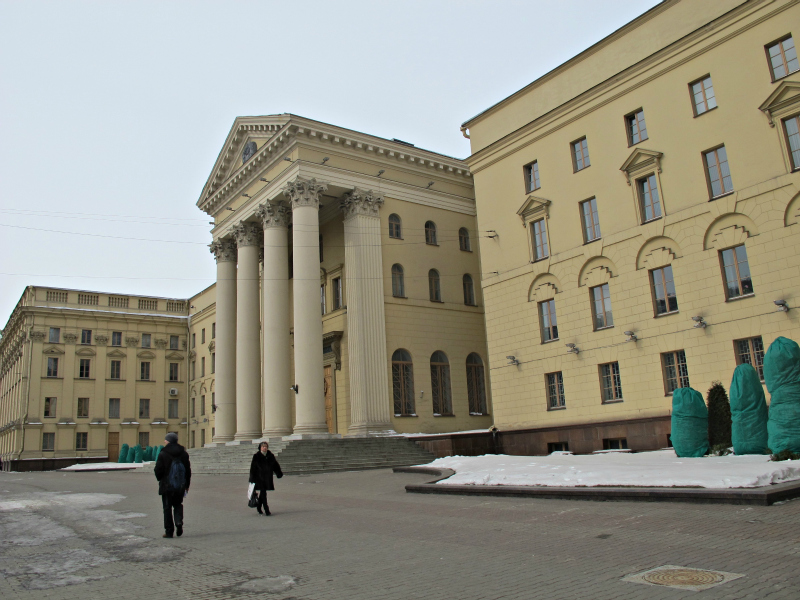 Ivan was immensely proud to be Belarusian.  He loved his homeland.  He scoffed at the green and red flag that was flying high above government buildings and longed for a flag that represented the people, not the government.  He told me stories of how his friends would speak Belarusian in the workplace instead of Russian and how that is considered an act of government protest.  The workers were fired and still struggle to find jobs that will take them in with such a nasty mark on their work history.  Ivan refuses to speak Russian and gets deeply offended when someone asks why he is speaking Belarusian instead of Russian. 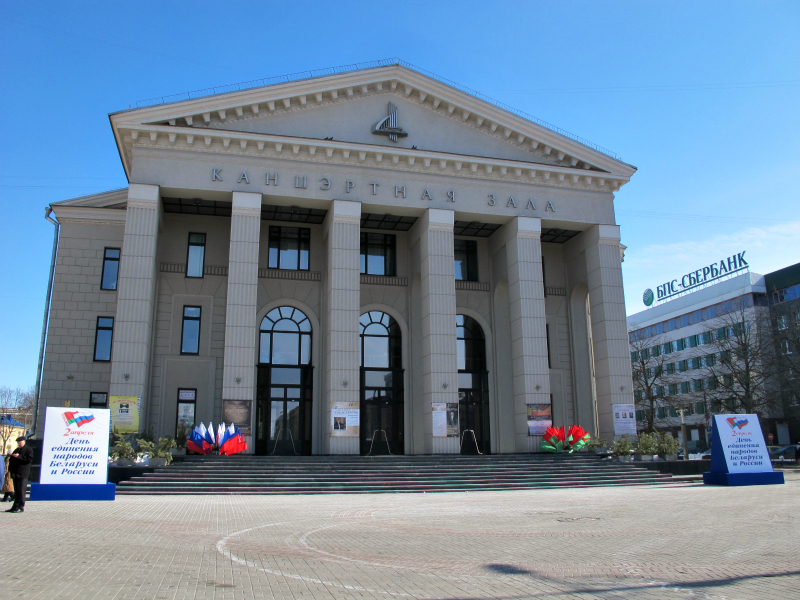 Russian is the declared national language of Belarus.  The government keeps very close ties to Russia as Russia is one of the few reasons there is even any money circulating in Belarus these days.  This all began making sense to me as I previously had gone through visa issues when trying to get to Belarus (apparently Russia considers Belarus domestic territory when you fly from Moscow to Minsk).  If you don’t speak Russian in Belarus, you’re considered anti-Russian, which ultimately means you’re against the Russian-supporting Belarusian government.  Try saying that three times.

Now I don’t know how much of what I was told is actually the truth.  I can assume that it is all the truth since he seemed like a sincere and passionate guy, but deep-down I hope that none of it is.

By this point of my trip, I knew that this was going to be one of the most fascinating trips I could have ever embarked upon.

3shares
Megan Starr / About Author
Megan is a digital marketing strategist and world traveler based in Frankfurt, Germany but hailing from Richmond, Virginia. She has traveled to over 95 countries and 45 US states and has a special love for the Nordics and Eastern Europe. Her passions are animals, the Pittsburgh Steelers, Ohio State football, craft beer, coffee, and copious amounts of concrete. She is also an advocate for removing dill from all dishes globally.
More posts by Megan Starr 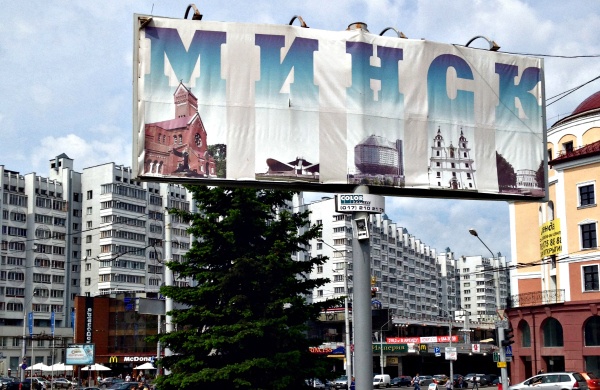 Many people that read my blog remember my first trip to Belarus in March 2013, which was a trip that… 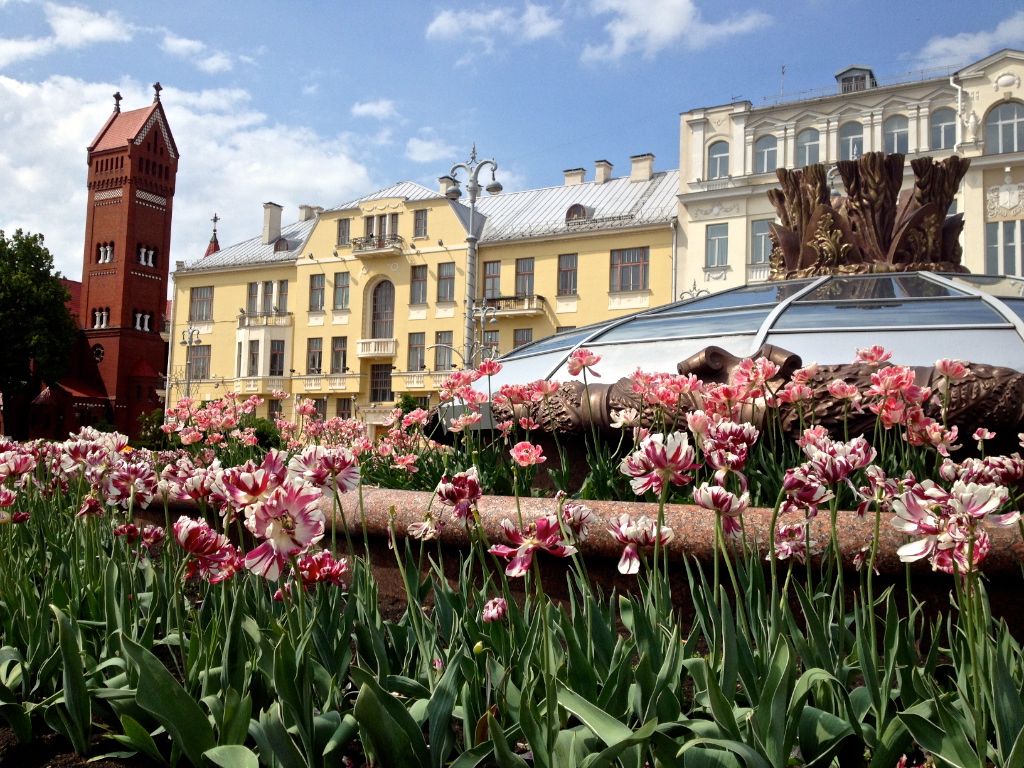 Returning to Minsk for the World Hockey Championships

At the end of March 2013, I left Minsk with a heavy heart on a train destined for Vilnius knowing… 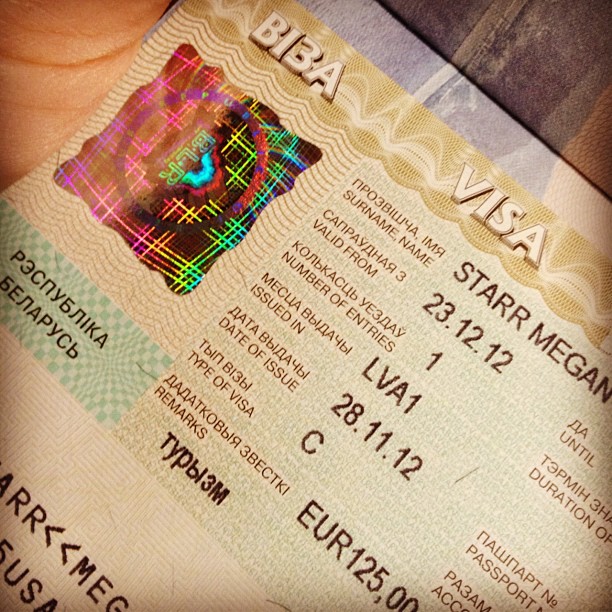 It is no secret I travel cheaply.  It is not that I wouldn’t like staying at a 5-star hotel every…

Oooo… Minsk. “You made a long way from Milan to Minsk, Rachele Rachele!” Something from Seinfeld I heard a long time ago and I think of it every time I hear the name Minsk. I don’t even know if it’s right. Can’t wait to see Minsk. Thanks for the post!

that is so funny! that is how i was with that cartoon movie haha :) im going to have to check out that seinfeld episode so i can get that stuck in my head instead ;)

This is all so interesting and seems like a truly life-changing trip. How great you got to meet two people very willing to talk about life in Belarus as they know it!

yea i was kind of against talking about the govt of belarus with people….i always let them bring it up first. and then i was too deep into conversation to stop it!

My first thought while reading this post was that everyone is so very helpful and nice there and then my second after you encountered Ivan… this is going to get interesting!

Holy crapballs what an interesting experience. The history/current affairs of that part of the world is SO fascinating to me- and how awesome that you got into a conversation with someone willing to share those nitty gritty details. Love love love it.

Returning to Minsk (thanks to the IIHF World Hockey Championships)
Reply