As most of you already know, Belarus was super high on my travel dream list for a very long time.  Many of you also know that I had previously planned a trip there for December 2012, which did not end up happening, and I consequently rebooked it for March 2013.  I had so many thoughts and expectations prior to traveling to the country.  Many of which, turned out to be so far off that it left me in a state of shock.

I have no idea why, but I just assumed that Belarusians would be profoundly cold and unfriendly.  When I obtained my first visa in Latvia, they were not the most cordial of folks, so it left a sour taste in my mouth.  On the contrary, the tour group I had worked with to get my letter of invitation to visit, as well as the Belarusian Embassy of Finland (where I obtained my second visa), were super friendly.  I chalked it up to being just a fluke. 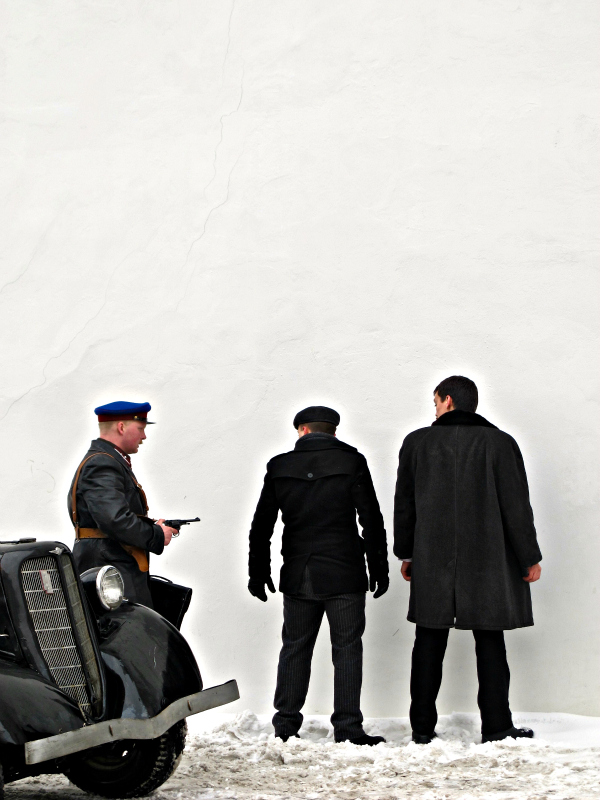 Realizing Belarusians were a friendly and hospitable society took me approximately ten seconds once actually arriving in the land.  And by ten seconds, I mean I actually didn’t have my documents together for the border crossing into Belarus from Lithuania and the border control folks were completely accommodating of my neglect and still wished me a great trip to their homeland. (Not having my documents together=not having my mandatory medical insurance because I was misinformed by the embassy of where it needed to be purchased).

It didn’t end there.  I met more people in Belarus at bars, on the street, in hotels, and at stores than I have EVER met in my entire life traveling to a place.  And they had a huge fascination with an American visiting their country.  I received all kinds of questions about why in the world I would want to visit their homeland.  When I explained I was curious and fascinated about Belarus, they couldn’t fathom that that was the correct answer and demanded more.  Oddly enough, that really was the reason and I couldn’t give additional information to the reason for my visit.  But the best part?  They all tried taking care of me and ensuring that my trip to Belarus was nothing short of exceptional.  They succeeded, by the way.

In Minsk, I went to a bar and was served flat/dead beer.  I felt horrible, but had to ask for another beer.  When I did, and translated ‘This beer is flat’ on my iPhone to the bartender, multiple people in the bar came up to me and apologized on behalf of their country that I was served a dead beer.  I laughed and explained that this could happen anywhere in the world and I wasn’t upset.  They still apologized one more time on their way out of the bar just to make sure we realized it was a bar thing and not a Belarus thing.  I liked this bar so much that I went back the next night.  And the bartender joined my boyfriend and I out on our night on the town once the bar closed.  Yes, this is that kind of country.

I could write and write and write about this and talk about the 1,000 ways I realized Belarusians are some of the friendliest people in the world, but I personally think that it warrants its own post.  To be continued…

Imagine how shocked I was when the city wasn’t.  So it had its fair share.  But it was nothing in comparison to many of the other countries I have visited.  The people make, on average, $300/month as a salary.  The city and its architecture didn’t necessarily reflect that.  Of course many buildings are from the Soviet-era, but the architecture looked grand and was much larger than anything I was used to in Norway, or even the US.  It was unique.  It was grey, naturally.  But it was special…just as the people of the wonderful country. 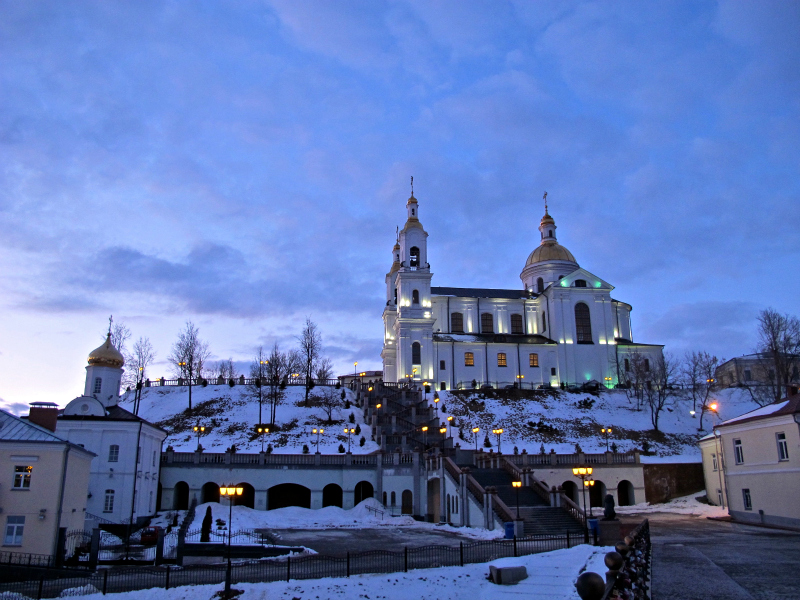 I learned the hard way that this was actually kind of true.  Coming soon on a funny, but rather pathetic, post.  I will note that it wasn’t so funny at the time.  It is funny now that I’m sitting in another country other than Belarus.

Expectation #4:  Wi-fi would be in abundance.

Absolutely, positively, NOT true.  On the rare occasion that I had wi-fi, it never worked well.  Or when it did work well, I couldn’t use the television in conjunction with it.  And when I tried writing something that seemed negative towards Belarus or downloading something (in a legal manner), my wi-fi stopped.  Hmmm.

Expectation #5: Belarus shuns all anything that comes from abroad, especially a western land.

When I first arrived in Belarus I met with a guy from Iran who was studying in Minsk.  He told me the government and some of the people shunned anything that came from a western land, particularly the USA.  Of course, at this point, once brought to my attention, I fixated on this fact.  And I found it not true.  I found more American goods in the grocery stores there than I ever have found in a Norwegian one.  And I found that when people realized I was from the US, or even just from another country, they got very excited and had a list of questions to ask me.  Times like this are why I absolutely love traveling and interacting with other cultures.  Mostly because I had the same questions rounded up for the locals.  Most of which couldn’t be answered, unfortunately.  Which leads me to say that the Belarusian government is not as fond of America as the citizens of Belarus are.

Ugh…this is partly true?  I shouldn’t say it is bad…but it is a lot of potatoes.  Even more than in Norway.  I still can’t picture it on a plate.  They also use a lot of dill, which is something I’m not particularly fond of, despite living in dill-happy Scandinavia.  But, for every bad dish I had, I had a good dish.  Too bad the good dishes were foreign-inspired.  But, in retrospect, I really didn’t have as many Belarusian dishes when I was there.  It is probably unfair of me to judge. 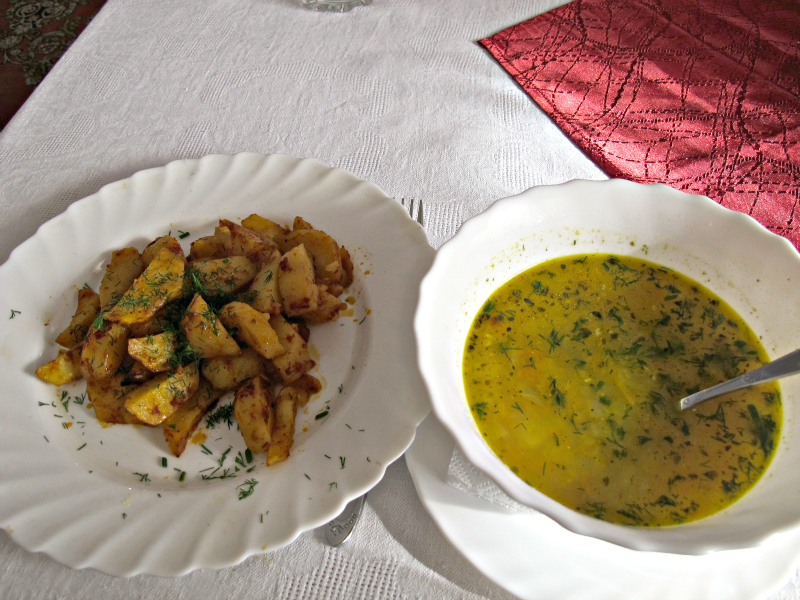 Couldn’t be farther from the truth.  While I found that the culture was more happening in certain areas of the city more than others, it was absolutely present and ready to be explored!  And there is no shame in being a day drinker.  All cafes offer beer.  And if it is 10:00am and you think you’ll be the only one drinking, think again. 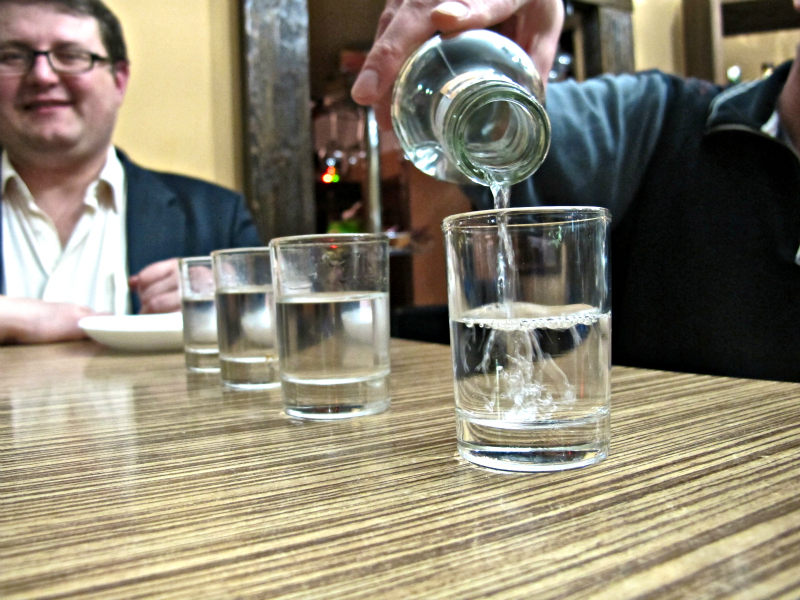 And a Belarusian will buy you a shot of vodka if they find out you’re a visitor to the country.  It must be engrained in them from birth.

Expectation #8:  There is no litter or graffiti.

Very much the truth.  The streets were pristine and everyday there were people out there cleaning them and chopping away the ice on the sidewalks.  When I saw someone putting out their cigarette, I never once saw someone throw it on the ground and step on it. 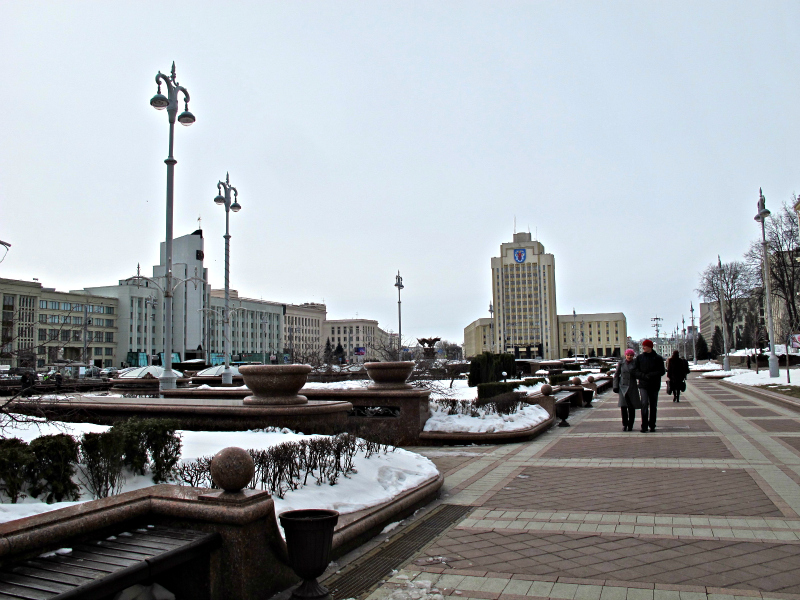 Expectation #9:  Belarusian rubles will get the best of you.

The exchange rate is 1 USD = about 8,640 Belarusian rubles.  I have never been a millionaire, but I was one as soon as I touched an ATM in Belarus.  While the large bills will draft out for you when you first arrive, it doesn’t take long for you to end up with a wad of cash like this in your purse as I did. 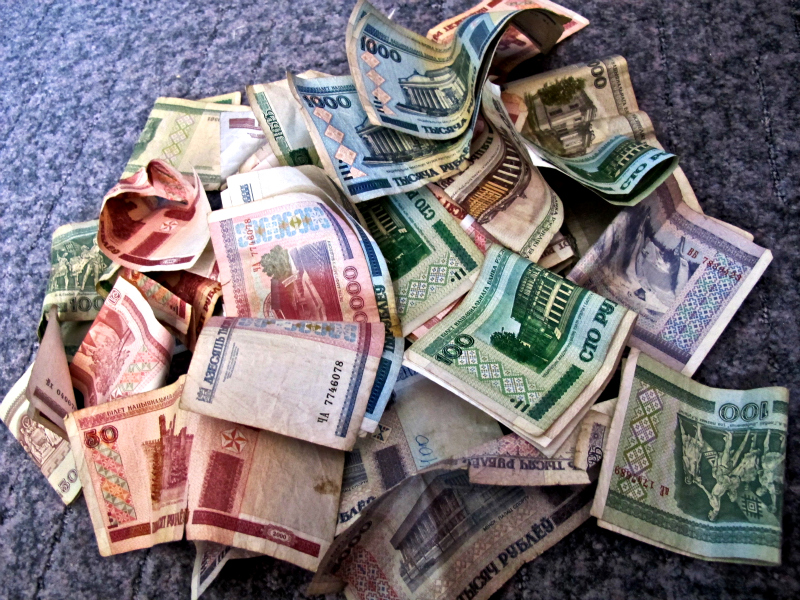 This doesn’t just confuse travelers to the country…it confuses Belarusians as well.  When I was at lunch with three of my friends in Belarus, we were comparing prices in Norway vs. Belarus.  When I would try to calculate on my phone what the costs are in Belarusian rubles, they would laugh and shake their head and say, “Just give it to me in USD…we can’t even handle our own currency.”

Expectation #10:  Belarus is a difficult country to travel in.

If you speak Russian, this couldn’t be farther from the truth.  If you don’t speak Russian, it can prove to be rather difficult.  I can read some Cyrillic so I managed just fine.  The metro system is simple and consists of two lines that cross in the middle. 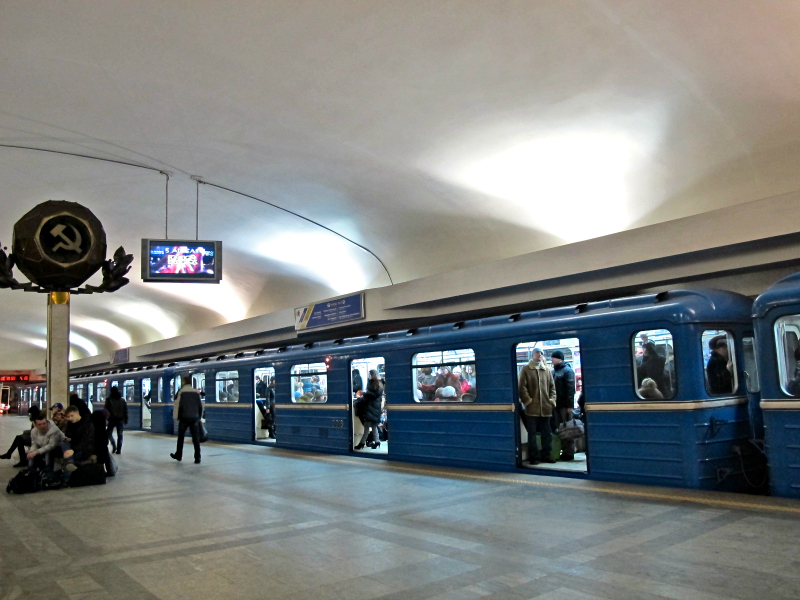 The country is not necessarily set up for tourists quite yet and that is where it can become difficult.  If you’re at the train station looking for the international cashier, you may end up in the wrong line a total of five different times.  If I can read some Russian then why is this difficult?

The signs lack consistency and float back and forth in between Russian and Belarusian.  Just as you think you’ve mastered one train station, the next one is in Belarusian and it sends you into a frenzy all over again.  (But if you SPEAK Russian, things will be just fine because Belarusians generally do not ever speak Belarusian).

While there were difficulties here and there, I remained rather patient and didn’t end up frazzled often.  The people around you will do their very best to assist, even though it will most certainly be beyond their language capabilities.

My overall impression of the country?

There were parts that I didn’t like that I will talk about in future posts…but the people and atmosphere more than made up for it.  Belarus is a prime example of why one should never judge a book by its cover.  The only way to get the information for yourself is to travel there with an open-mind.  And enough money to buy ‘thank you’ shots of vodka for the locals who will so graciously take care of you while you’re in their country.

41 thoughts on “Stereotypes and Expectations Squashed in Belarus”