I was sitting at a cafe overlooking Sveta Sofija in Ohrid’s Old Towne when a silver-haired, older gentleman walked up to me and said, “Where are you from, miss?”

“The US,” I answered whilst sipping on my overly sweet coffee I had purchased as a means to use the cafe’s restroom. “And yourself?”

“Ahhh the US. What a beautiful place. I am from here in Ohrid. I have lived here all of my life and plan to live here for the remainder of it,” the man replied with his heavy-accented, albeit damn-good English.

“Well, if I could stay here for the rest of mine, I don’t think I’d be too disappointed about it. I am in awe of the beauty of the place and don’t really want to leave,” I laughed pensively, and meant every word I said.

“You are in God’s country. This is a city in Macedonia that was designed special. God knew what he was doing with Ohrid. I am sure you have many cities in America that are the same.” 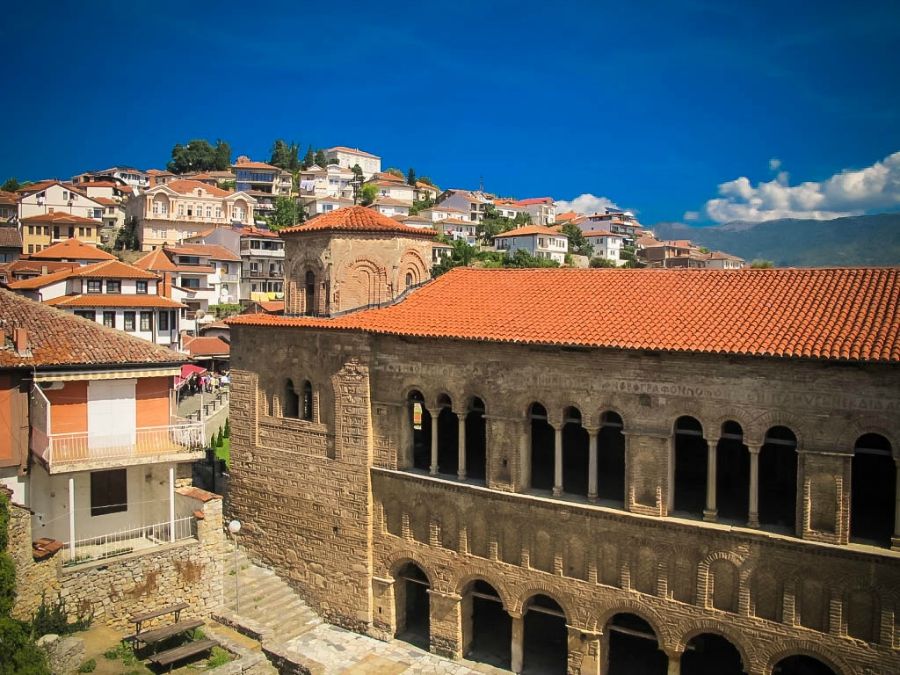 I am not really religious, but these words definitely spoke to me. I have never given any consideration to my own country and which cities are unique and special. The history of the United States is too new for me to really understand or see the relevance in his statement. And knowing that our history began because some Brits washed ashore to cultivate a cash crop (tobacco) where I am from in Virginia doesn’t necessarily make me super proud of the history that followed. Particularly in regards to wiping out many local inhabitants or forcing them off of their land and then turning to slavery. This isn’t just something special to Virginia, but rather to the United States and our northern neighbors as a whole. Our countries really began long before colonization.

And while I was never able to connect his words with where I was from, I had no issue connecting them with Ohrid. But I wasn’t completely won over by this so-called magic.

Coming to Ohrid was on a whim. I have always wanted to travel to Macedonia and there were plenty of cool things to do in Skopje, but I kind of filed it away in the ‘not a priority folder’. For some reason, based on my internet findings, it just seemed backpackerish. The older I get, the more I scoff at the “Look-I-Just-Shit-Myself” pants, dreadlocks, and the stupid ass country counting. I’m sorry, but your sixteen-hour layover in Riga hardly makes you a sound expert on the place just like my twenty-four-hour layover in Dubai doesn’t make me an expert on the place (although I would count myself as an expert on where to locate a Nando’s and Shake Shack there).

Ohrid came about when I needed a huge break from Frankfurt. When I was 25 I was all about the massive cities of the world. No mountains or parks needed. Just give me street food, car pollution, and convenience.

And now, the only thing I feel missing from my life aside from thirty-six more cute beagles is nature. As a result, I sit in Frankfurt going about my daily routine but always thinking about being outside of the city. But, trains here are expensive. And buses don’t drop you off in the middle of the woods.

I had to get away.

I looked for the cheapest ticket out of Frankfurt and oddly enough, the winner was Skopje, Macedonia. I knew in that instant that Skopje wasn’t going to happen. But Lake Ohrid would. I needed a place to take my breath away. A place where I could breathe in pristine air so clean it would heal the tired bags under my eyes. A place where I could find my own little spot and sit for hours without seeing another soul. I am certain many places in Macedonia would have offered this, but I knew Lake Ohrid would be easy to get to and easy to get around once there. I just had to stay away from the 22-year-old party scene in Ohrid and get far away from it. 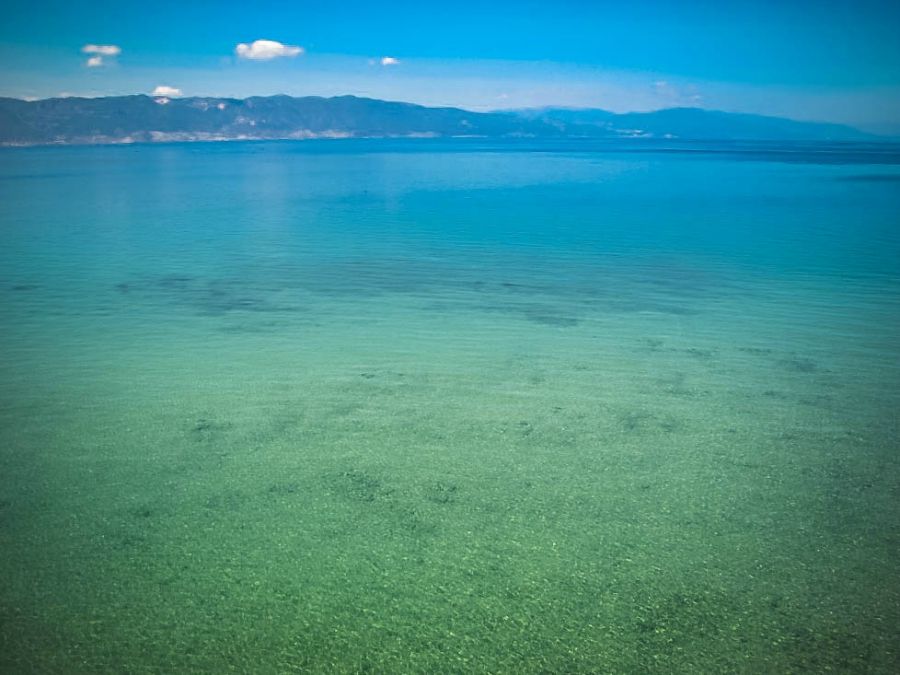 I booked a few nights at a lodge in between the city of Ohrid and the Albanian border that overlooked the lake. And literally, I could walk right up to it. The place offered a refuge from the city life that I was beginning to detest. The small community had a few restaurants, villas, a supermarket, and some incontestable views. The lodge I stayed at had kayaks, bikes, hammocks, and their wifi did not work despite them insisting it did. I played around the area, went down to Albania (which harbors like zero tourism along the lake), checked out a few hikes in between, and just chilled out. It wasn’t until my last day that I even decided to go into the city of Ohrid.

Ready to experience a frightening amount of man-buns, I braced for life. But there were very few travelers to be found. I walked the Old Towne for hours upon hours and saw very few backpackers perusing the area (gosh I love September travel). 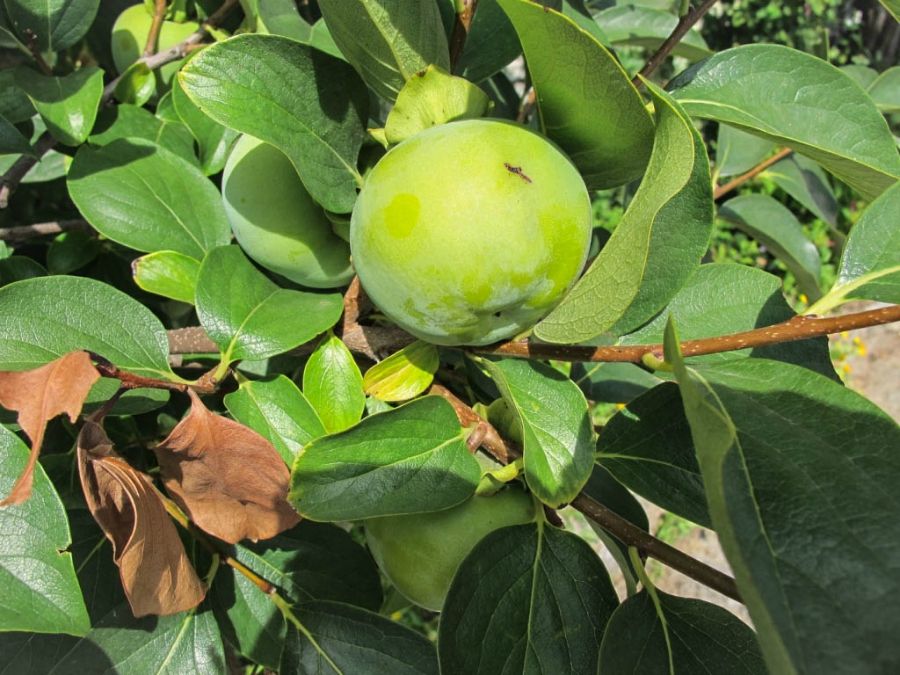 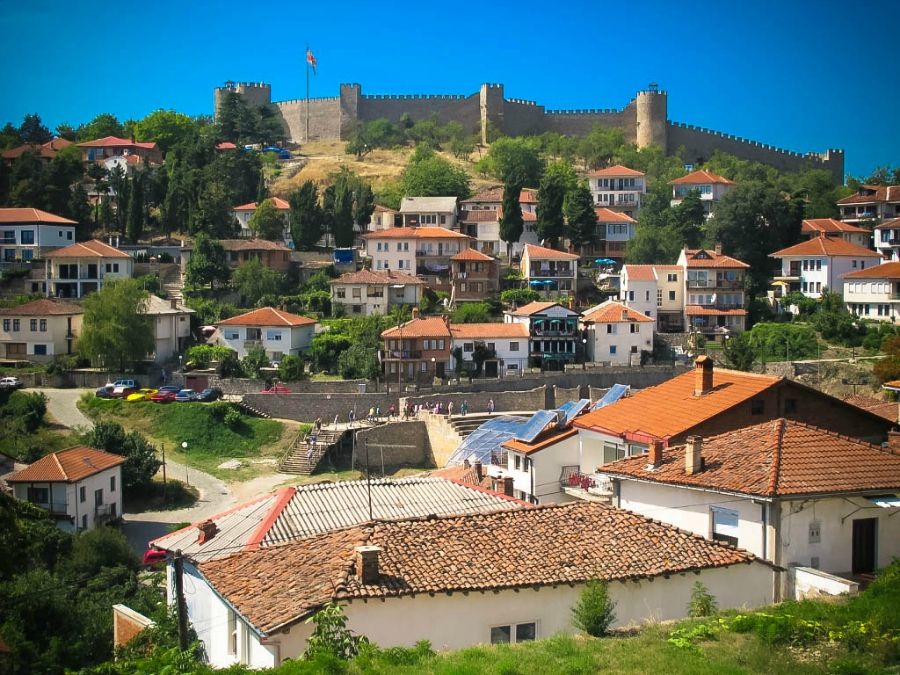 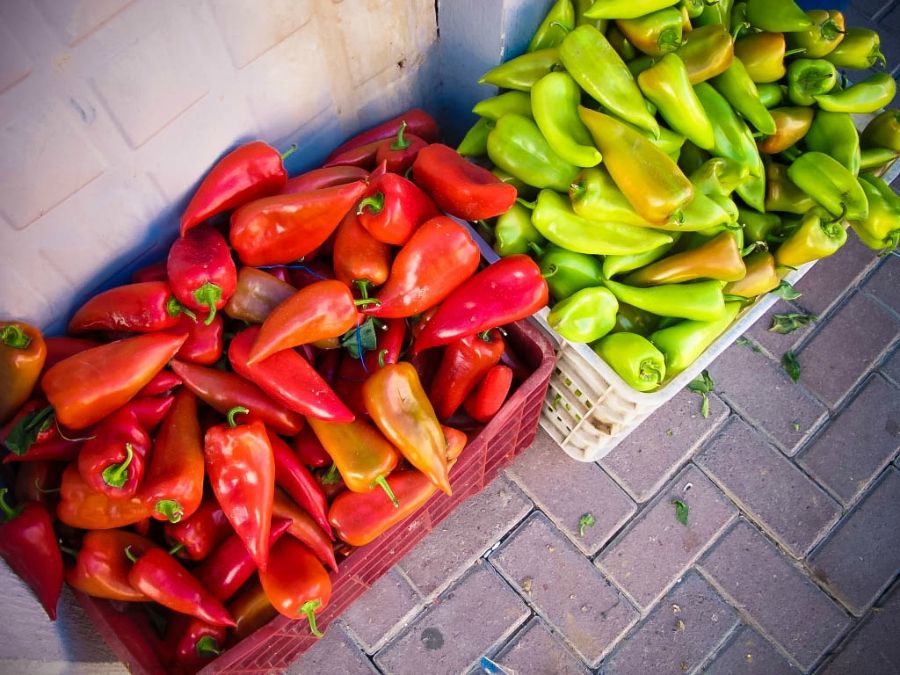 The last site I was set to see before heading off to Skopje to catch a flight was Kaneo Monastery. This is the famed one that sits overlooking the picturesque lake. I had been avoiding it knowing it would be saturated with everyone that I hadn’t already encountered on my walks throughout the town. I dreaded going there but knew I wasn’t going to leave until I had.

I walked along the paths that nestle the steep cliffs until I arrived at Kaneo. And to my surprise, I was the only one here aside from a groundskeeper and a man trying to sell me a boat trip for 5 Euros. 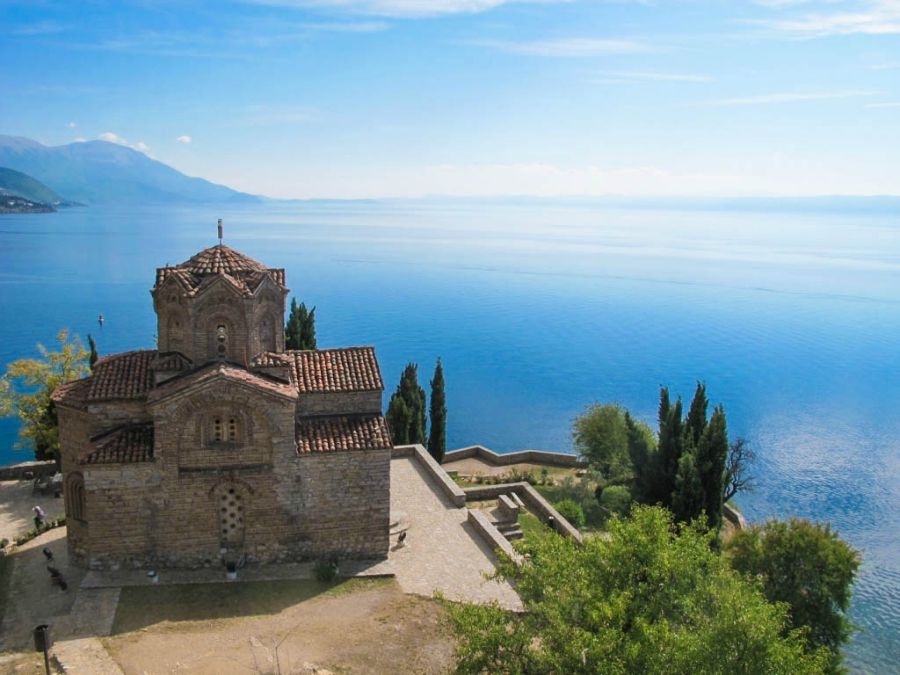 I circled around the place and eventually walked up to a ledge overlooking it. Still, not a soul in sight. I took a few photos and put my camera down on the sandy ground and my headphones on. I laid flat on the ground and put on Reiki Gold, the most relaxing sounds I have on my Spotify playlist and just closed my eyes. Even as someone who meditates regularly, this was the first time in eight months that I truly felt at peace with myself and my surroundings. I did this for nearly two hours and could hardly muster the courage to move to catch my bus. After seeing the curiosity of the lizards surrounding me, and the time, I decided to get moving.

I sat up for a while to gather my thoughts and the words of that man at the cafe came back to me: Ohrid, God’s country.

And, amongst the walnut trees, crystal waters, hospitable and amicable people, sunsets that give you goosebumps, Shopska salads for days heaped with the juiciest tomatoes on the planet, monasteries situated in idyllic settings, and the infliction of true bliss that you can’t become infected with elsewhere, I truly freaking get it.

Ohrid is one of a very, very small number of places I’ve been too where I have thought “if I have to stay here forever, I’m cool with that”.

And, I can also locate Shake Shack in Dubai (and not much else).

i could definitely stay there forever. and i know where at least TWO shake shacks in dubai are (airport is one).

Yep, typical for the guys in Macedonia – god had done nothing but spent his time in creating miracles in Macedonia :))))))
Glad to hear you had good times there.

such a stunning piece of earth. seriously

I’m sure about that :) No hard feelings!

I must admit that the precipitous rise in man bun population has me ready to lop mine off. But that would require a trip to a barber shop…hmm…

Spending a couple of days in Ohrid next week – and despite the harried nature of my Seattle break, I’m hoping to experience some of the serenity you describe.

Just now saw that you posted about Ohrid too. I see it’s looking as lovely as when I was there a couple of years ago (with a certain someone who commented above). I agree about travelling in September. You can’t beat it if you ask me.

it is the very best month to travel. always.

Lovely snapshot of Lake Ohrid, it looks so peaceful and beautiful. I hope it’s filled with lots of friendly locals expressing love for what they have, like the gentleman you met in the cafe.

Do you think living in Norway had something to do with you craving nature more as you’ve grown older?

yep, absolutely. i always loved nature growing up, but ive become more socially standoffish after living in norway because it’s such a reserved society. i think that made me crave nature even more. strangely enough :)