Ten Things I Will Miss About Living in Frankfurt

I hate to admit it, but living in Germany hasn’t been a pleasant experience for me this time around.  Not blaming that on Germany, but I’ve had visa issues here and as any expat knows, that can really taint one’s experience.  I can complain about my first-world problems here until no end, but really I have enjoyed much of my time here and don’t regret the move here in the slightest even if I would have done it completely differently if I had to do it again.  There is plenty I will miss about living in Frankfurt, and I have decided to dwell on the positivity of the place in a post about some of those things. 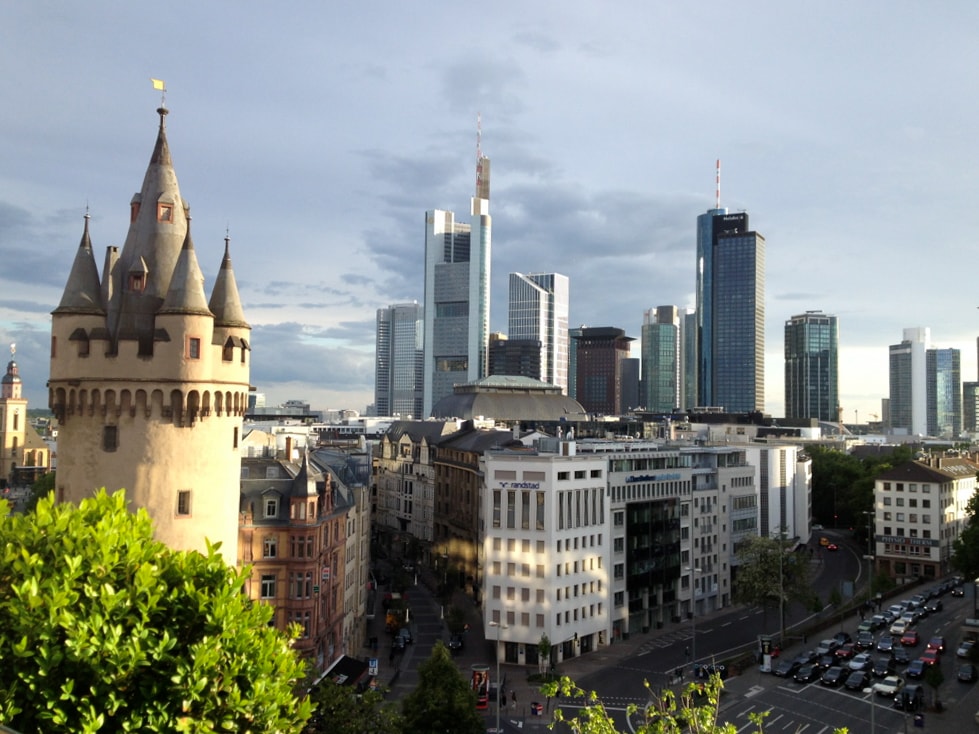 I have a lot of friends here.  I have met them all in different walks of life whether it was my trip to Frankfurt in 2008 where I met a bunch of local girls in a bar who I am still friends with or people I have connected with through Instagram.  It is so nice when you can say the thing that you dread most about moving is the people you’re leaving behind because that means you have a good circle of people you care about and that care about you in return. 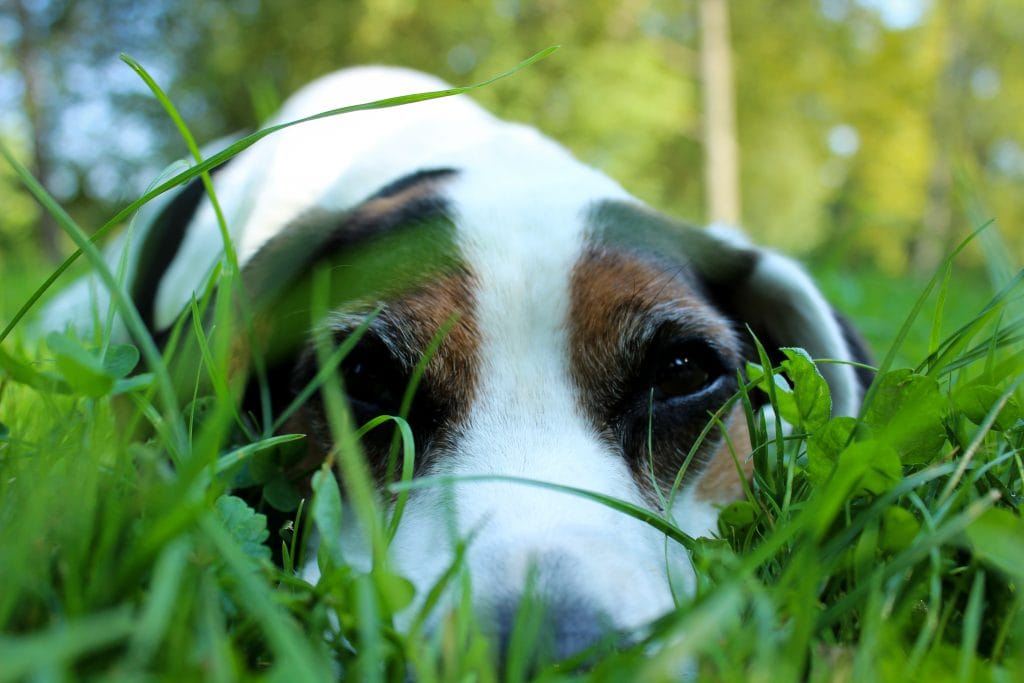 I will miss walking in new places and being recognized from this very blog (which is odd considering I write little about Frankfurt) or my Instagram and being offered new specials or helping them build new ways to market their business.  Frankfurt often doesn’t have a community feel to it, but when I eat out here, I often feel like part of the family.  It is not just Frankfurt that has a fun food scene either, you can also find it in other cities.  From fine dining in Berlin to home-cooked deliciousness in Munich.  I am going to miss it. 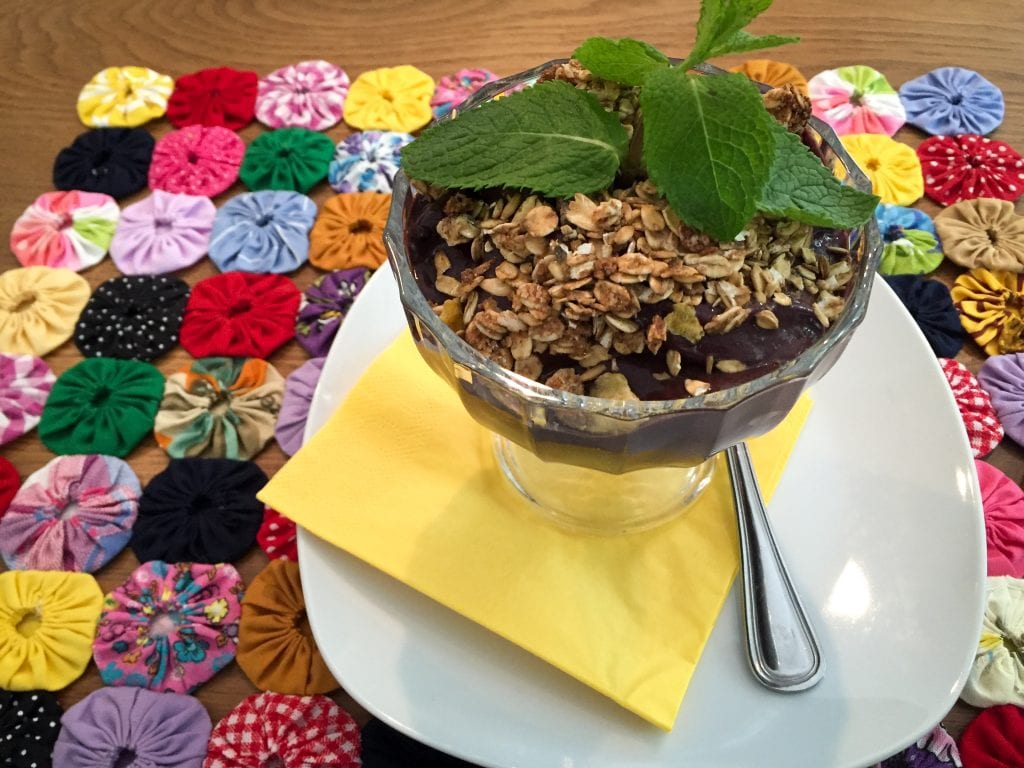 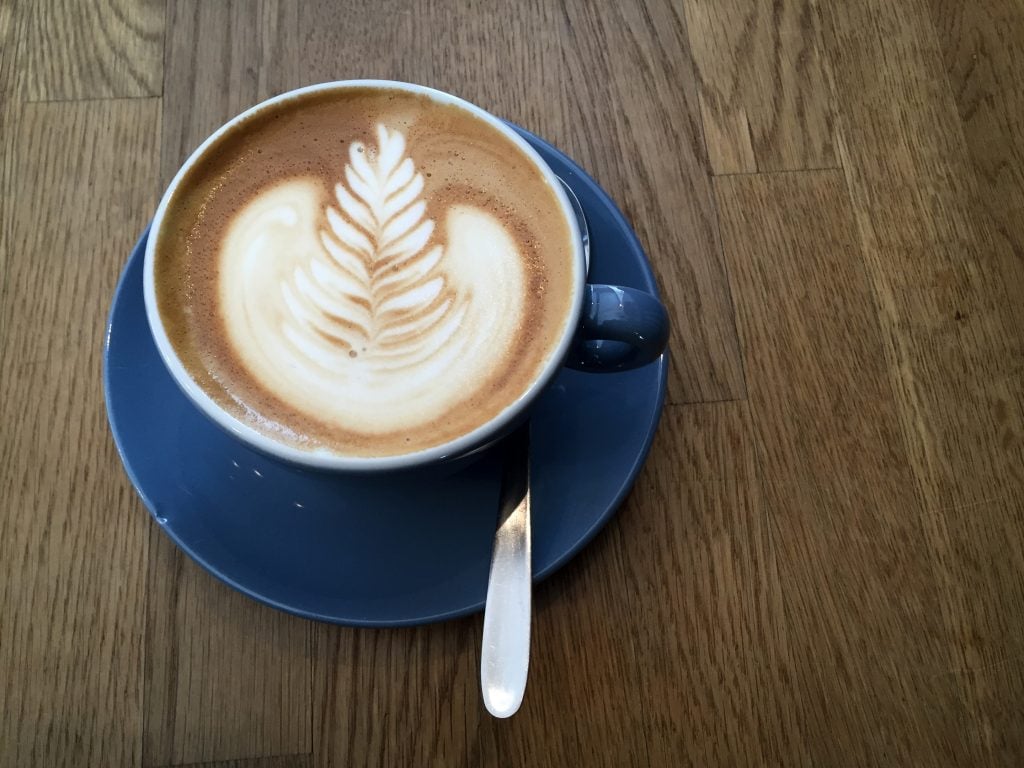 I have also witnessed Frankfurt’s restaurant scene and options change drastically over the years.  I remember coming here almost a decade ago and finding very few places outside of mediocre Chinese food and heavy, tasteless German food.  Of course, you had a few standouts, but the restaurant scene has improved so much.

I think I will miss this as I spent four years living in Norway where I couldn’t afford the stuff. But my thighs and butt say they are happy to take a break from it for a while. 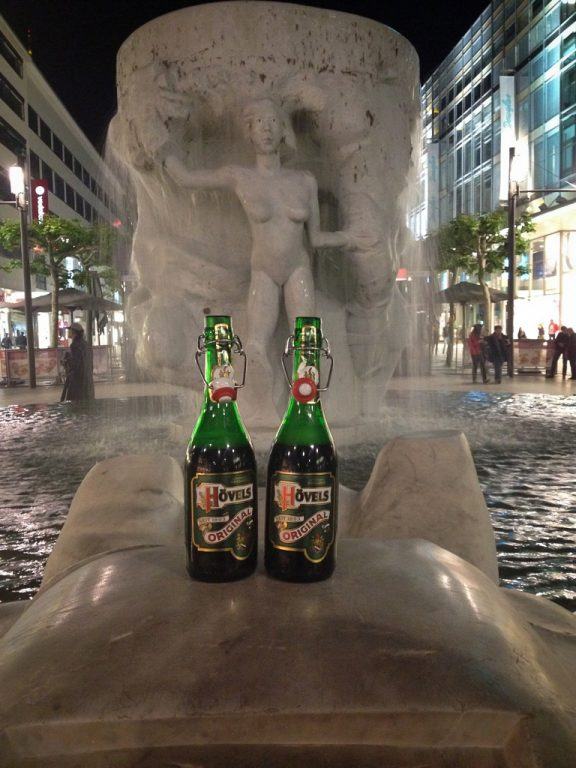 Many people complain about the public transportation in Germany and yes, it is not as on-time as you’d think when you take into consideration that famous German stereotype. But it exists and is available to virtually everyone.  As an American, I love this.  I love not needing a car or even wanting a car.  I never feel inconvenienced taking the transport system here.  I thought when moving from the US to Europe that I’d greatly miss driving but it turns out I don’t at all. 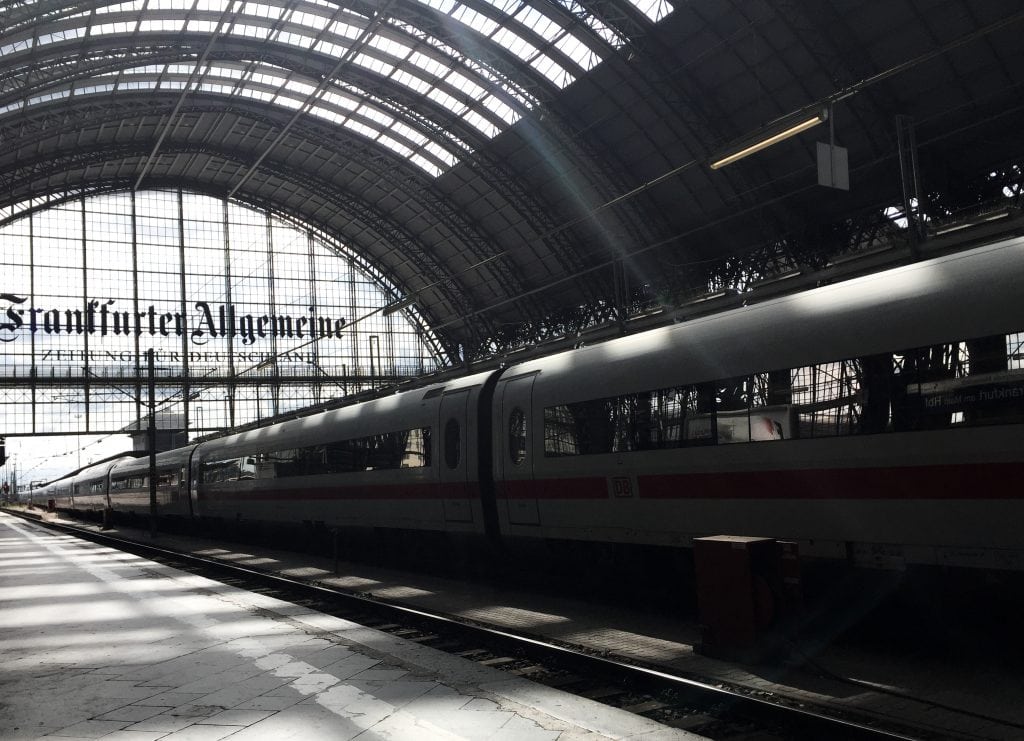 Yes, this is up there with all the broad items like transport and beer. I have been going to this market for years.  I do my vegetable shopping from local vendors, eat some Handkase mit Musik (one of the few German dishes I love), and drink seasonal apple wine or beer from a local farmer.  I am claustrophobic and this place is crowded… but it never bothers me for some reason.  Some people love Christmas markets in Germany… but I love farmer’s markets in Germany!

I love this season in Frankfurt.  The trees are at their most beautiful and the air temperature is brisk and just so inviting.  I hate summers here as Germans have a disdain for air conditioning and I have a disdain for watching my dog nearly die every day as a result.  I hate winters for the little daylight and I hate spring for its seasonal allergies.  But autumn?  It is absolutely perfect here. (Disclaimer: It is 32C and the middle of September as I write this. Sigh…) 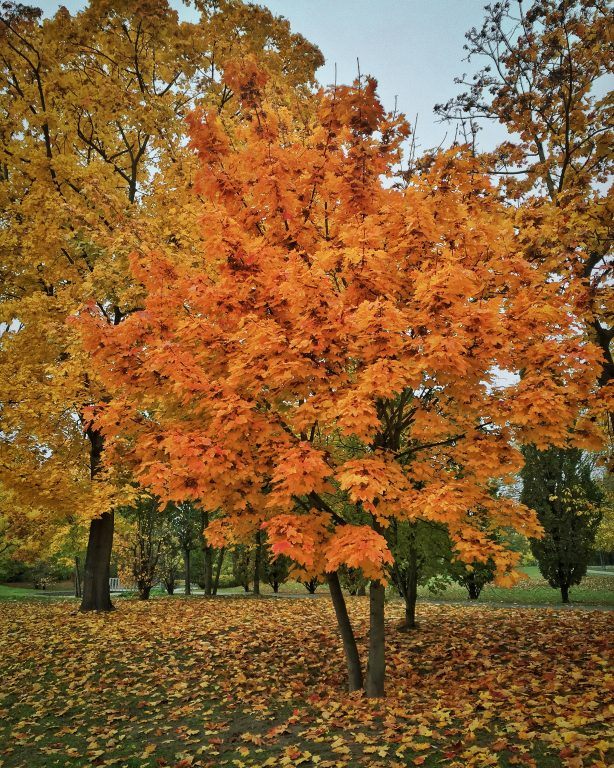 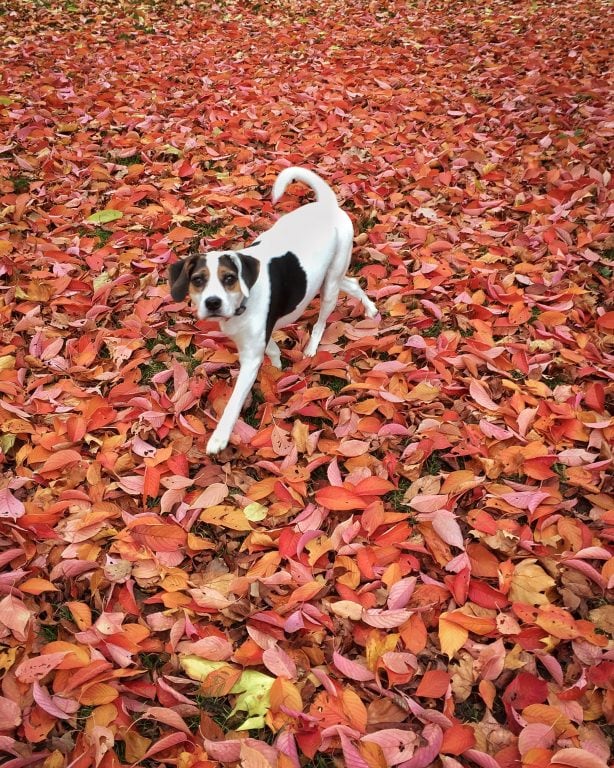 If you have traveled Europe for any amount of time at all, you have inevitably flown through this monstrosity of an airport at one time or another.  I must admit that I dislike the airport itself as it shuns air conditioning and makes me nauseous from the horrid smells of thousands of travelers AND refuses to invest in jet bridges and buses passengers to gates all too often.

But it has cheap flights out of Germany.  Some of Europe’s cheapest.  I flew to Miami last year for $290 round trip.  Tickets to Central Asia are $300 round trip.  I paid like $100 round trip to go to Marrakech.  I always find deals from FRA to other places across the globe and it makes me very, very happy.  The airport also has good train connections so it is never difficult to get to and from it (I’m scowling at you, Oslo Gardemoen).

Another plus to the airport is that I always have friends who come through Frankfurt with long layovers.  I have been able to meet up with friends and other travel bloggers as a result of this.

PROXIMITY TO OTHER CITIES AND COUNTRIES

France for the day?  Yep.  Day trip to Dresden?  Sure.  Frankfurt is so centralized that you can get anywhere from here.  I can hop on a train and head on a day trip to Heidelberg to explore German history or take a bus journey north to explore the many things to do in Bremen.  I’ve taken too many day trips to count and several weekend trips.  Train, bus, and plane options are ubiquitous and it is never difficult to get anywhere.

After living in Norway for so long and feeling disconnected from the rest of Europe, I am now certain Frankfurt more than made up for that feeling.  Now I am heading to Kazakhstan.  You know what is twelve hours north of Almaty?  Kazakhstan.  You know what is twelve hours west of Almaty?  Kazakhstan.  It is the world’s ninth largest country and the biggest landlocked one.  This should be very interesting.  Thank goodness there are some options to the south if I need a quick escape. 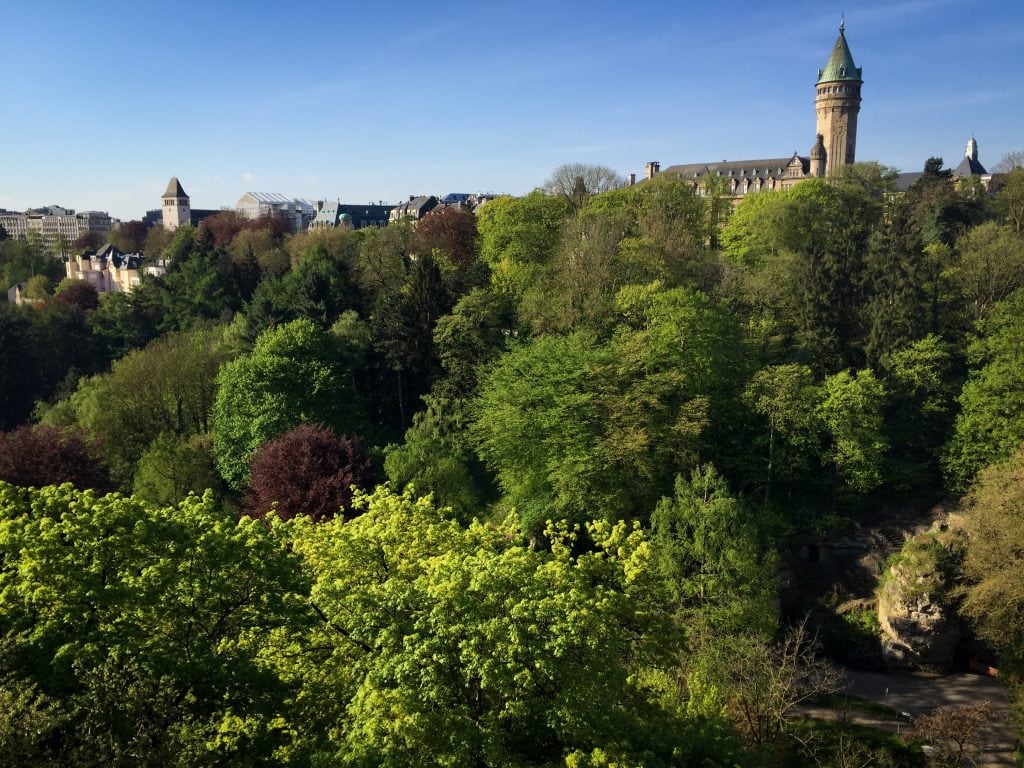 Frankfurt is the banking hub of Germany and is super international.  There are days when I walk around the train station and hear only American English.  I meet people from all over the world living in Frankfurt and I love that.  I know this creates some riff amongst locals who treat the internationals disrespectfully (I experience this on a regular basis) thinking they are trying to destroy the local culture, but for an expat, I love this side of Frankfurt.

If I go to a party, I meet people from Colombia, Cameroon, Indonesia, Taiwan, etc.  I must say that I have met or am friends with people from well over one hundred countries all living here in Frankfurt, Germany.  How cool is that??  International cities remind me of home as the US is so diverse so I never get too homesick here in Frankfurt as diversity and internationalism is ever-present in the city. 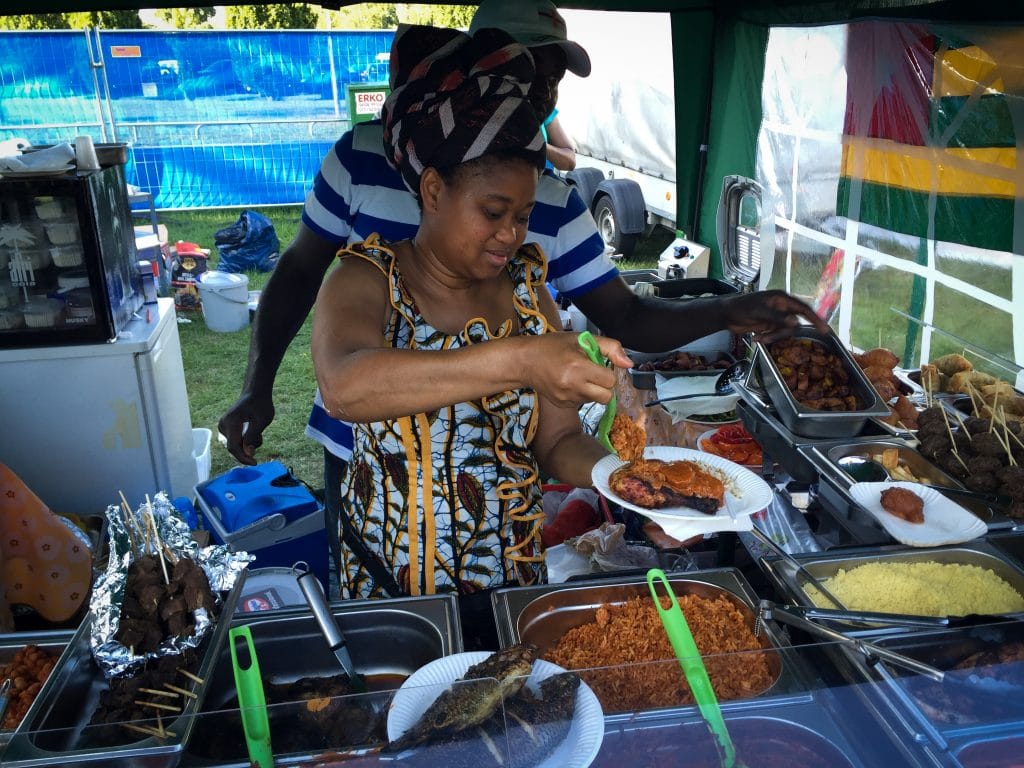 <Togo food booth at the African and Caribbean Festival in Frankfurt>

Frankfurt hasn’t been all cupcakes and rainbows for me.  Not every place is meant for every person.  I don’t expect everyone to love the city I am from in the US and I already know that immigration policies in the US are probably ten times as strict as Germany’s and there are undoubtedly some assholes on power trips working in those offices just as I have faced here.

I will take all of the good things I’ve learned and enjoyed here in Germany and keep them close to heart as I leave the country.  And I will leave the bad things behind in an effort to regain some optimism and a much-needed fresh start.  While this list only showcases ten things, there are several things I will miss about living in Frankfurt. 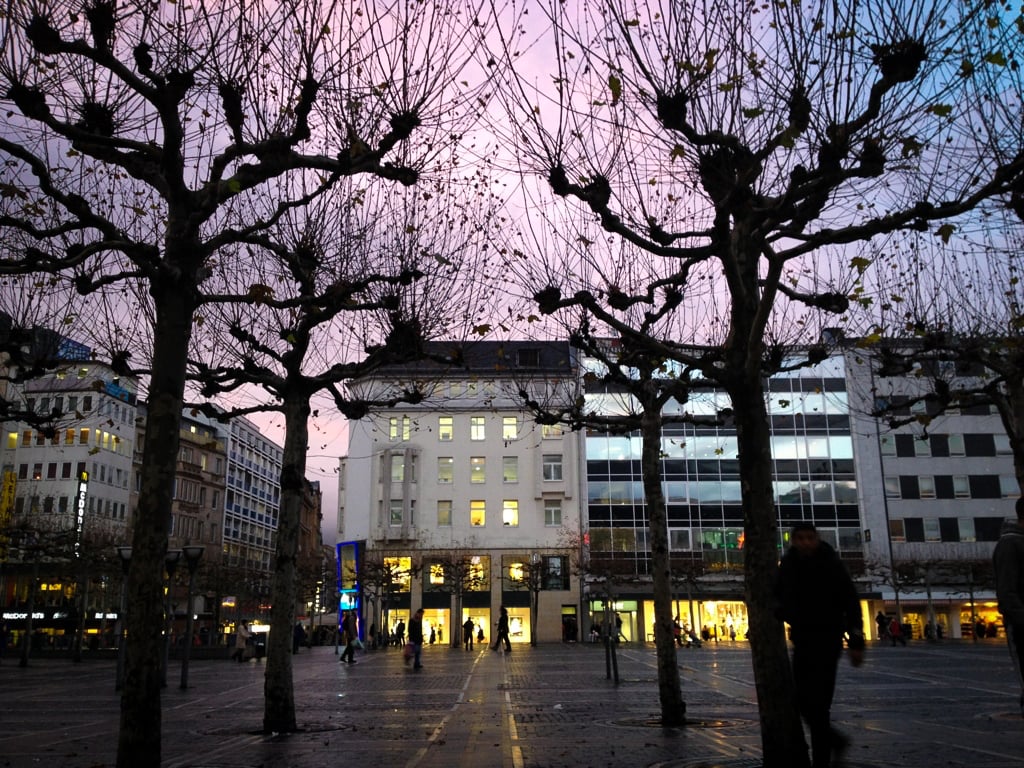 11shares
Megan Starr / About Author
Megan is a digital marketing strategist and world traveler based in Frankfurt, Germany but hailing from Richmond, Virginia. She has traveled to over 95 countries and 45 US states and has a special love for the Nordics and Eastern Europe. Her passions are animals, the Pittsburgh Steelers, Ohio State football, craft beer, coffee, and copious amounts of concrete. She is also an advocate for removing dill from all dishes globally.
More posts by Megan Starr 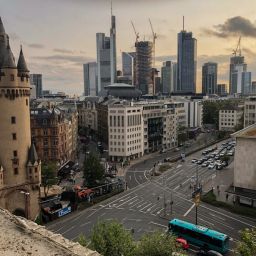 A Local’s Guide to Alternative Things to Do in Frankfurt, Germany

There are so many things to do in Frankfurt, Germany… but many people leave without a real impression of the…

It’s that time of year!  Time to look back at the year and either smile or hide my face from the… 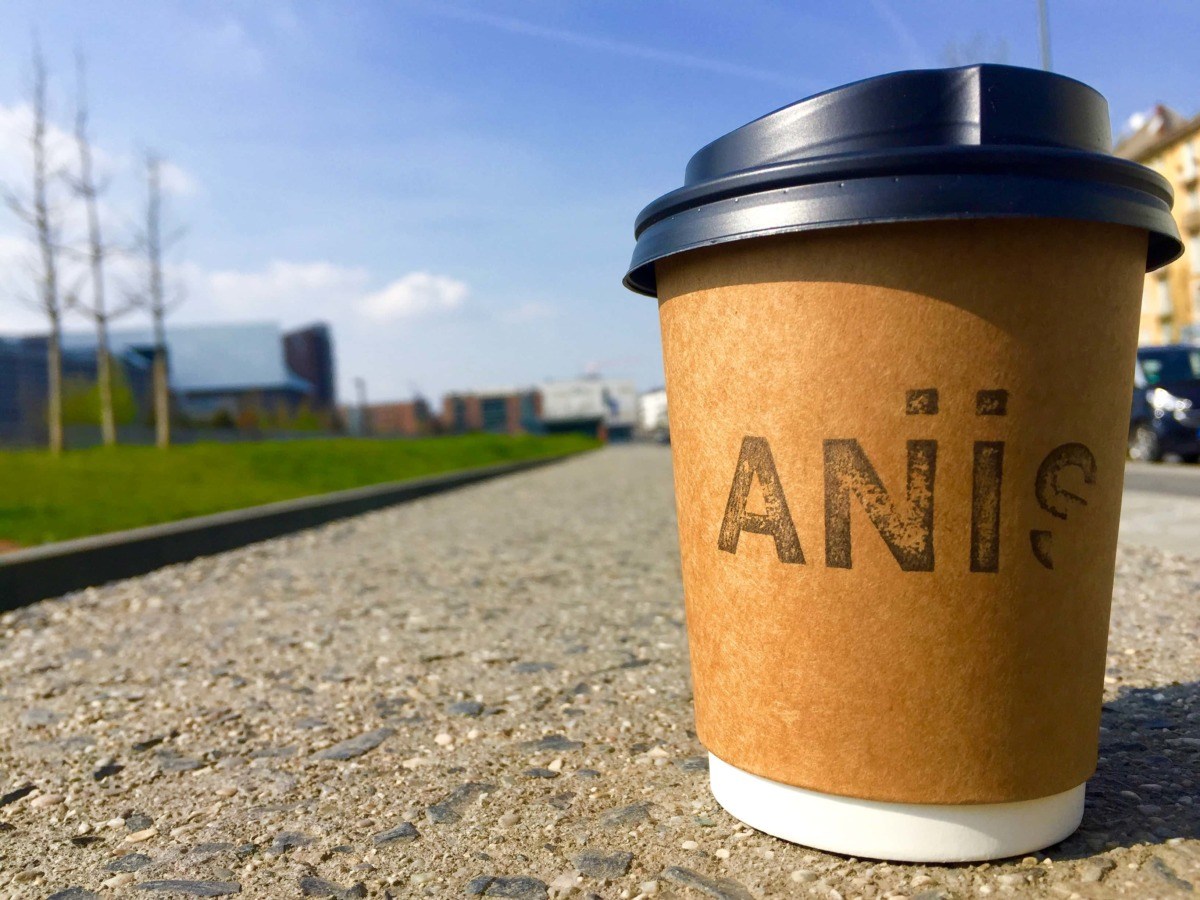 Frankfurt Cafes: Where to Find the Best Coffee in Frankfurt, Germany

I am constantly on the hunt for tasty coffee wherever I go.  As a resident of Frankfurt, Germany, I know… 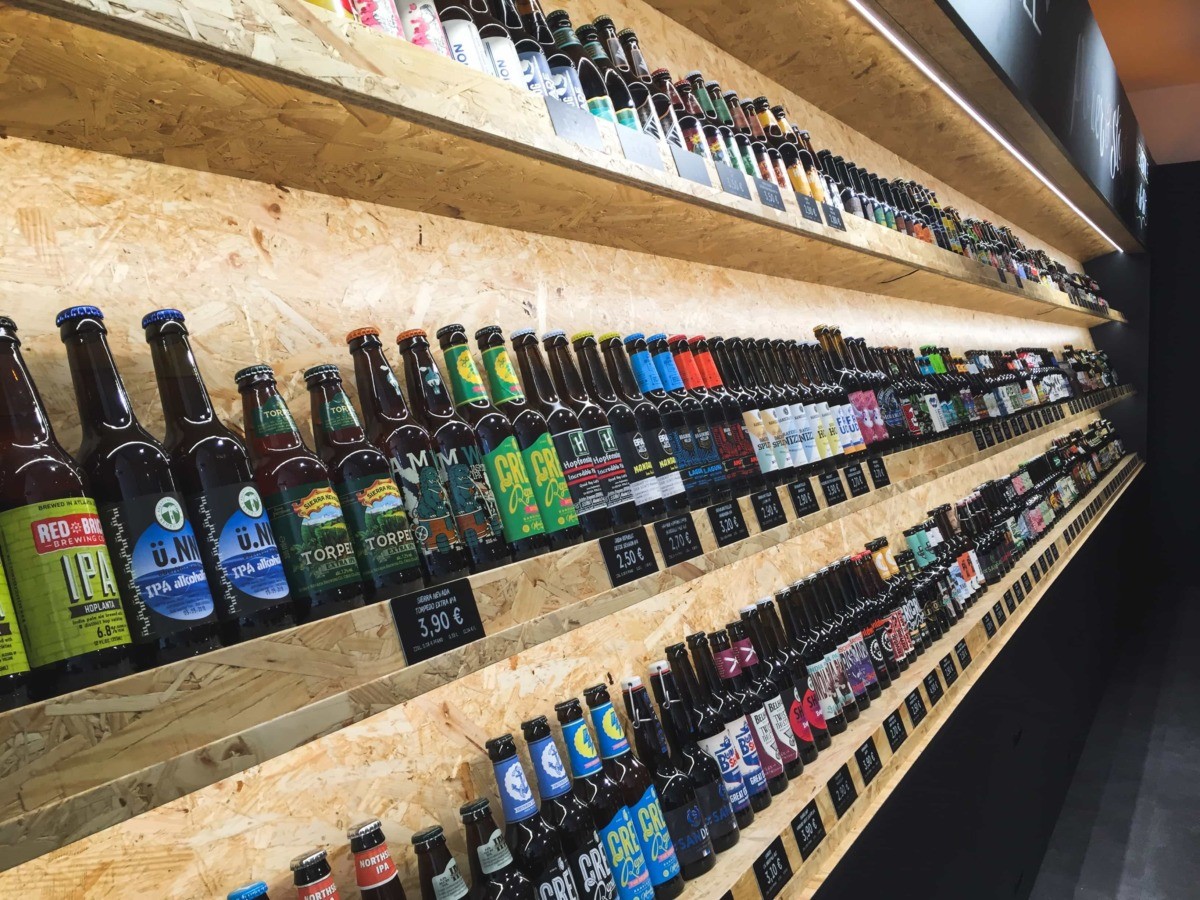 This craft beer guide to Frankfurt was first published in 2016 but is up-to-date as of December 2018. I have…

The one thing about Flughafen Frankfurt am Main is that every time I’m through the airport (whether arriving or departing) is that it feels claustrophobic. It’s a wonder that for many upon arrival, the cramped low-ceiling arrivals area is their first introduction to Germany or the European Union. Aaaiieeeeee.

And yet, the airport and both terminals for that matter feel oh so familiar, like a old musty-with-holes sweater that needs to be replaced tout-de-damn-suite. I think that’s what a couple of years in Heidelberg and constant in-and-outs from FRA have done to me. No matter, it’s back into FRA again … ;-)

Thanks so much Henry! Yea FRA is not my favorite airport despite its convenience for those living here :) I never really thought about the claustrophobia part of it, but that makes quite a bit of sense. It is always hot and crowded with poor air flow (and a smoking room ewww… which leaks to the clean air nearby). Come to think of it… FRA reminds me of LGA in US. And that is not a positive thing. But I love the convenience of it… so I guess that is all that matters now. And I am sure once I leave, it will feel like home coming back through it!

I don’t even want to think about leaving Russia. There are things I absolutely HATE about living here, but I know when the time comes I’ll miss it! I need to visit Germany. I watched Inglorious Basterds for the first time tonight and thought of you because one of the soldiers was from Frankfurt.

I think we always think the grass is greener on the other side when we sometimes are lucky with what we have. Although, now that I’ve been gone from Frankfurt for nearly a month, I can honestly say I don’t miss anything about it aside from the people I was friends w/ and my partner/dog. :)