You are here: Home / Germany / Why I Left Norway, Why I am Leaving Germany, and What’s Next 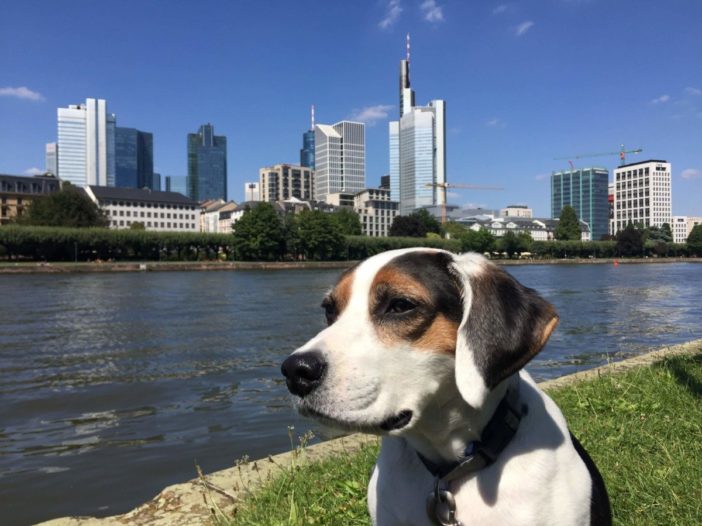 When I began blogging many years ago (wow- has it actually been over six years?!), I took a more personal approach when writing my posts.  I wrote about expat woes, travel thoughts, and just whatever was on the forefront of my mind.  Over the years, expat woes became expat norms and I slowly developed a different way of penning my thoughts on paper which later made it to this blog.

I often left questions unanswered and my life vague in regards to my display of things on here.  But a lot has happened over here.  And I feel the need to be a bit more transparent with certain things (not all… just some) as I know many others have been through or are going through similar situations in their own lives.  So, this is a recap.  A recap of why I left Norway, why I am leaving Germany, and what is next for me.

I left Norway in November 2014.  After a failed relationship that had been over for a very long time and being at odds with my job there, I knew it was time to leave and venture to different pastures down here in Germany.  I was miserable there.  I had a job that never paid me on time, a job that was so disorganized management-wise, and a job that I completely underperformed at due to a genuine lack of motivation and being told different things from different managers and my own personal issues (including the death of my grandfather).

It was a large part my fault.  Norway was no longer the place for me to live happily.  So, I moved.  I had previously spent some of my childhood in the Frankfurt area of Germany and for personal reasons and comfortability reasons, it seemed like the logical next step. 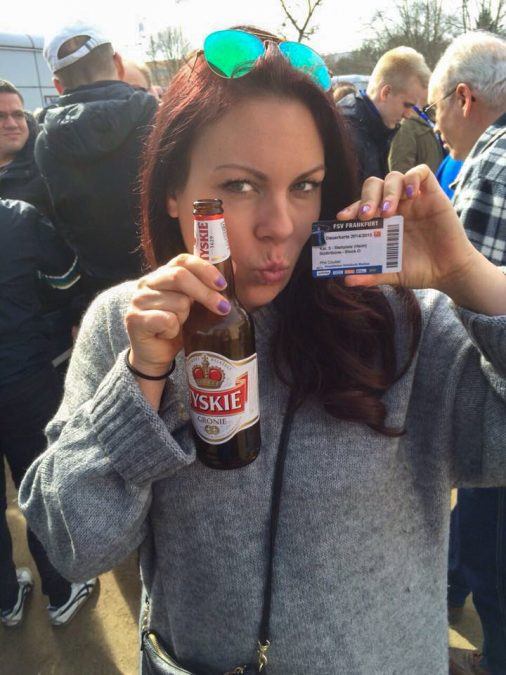 Germany has been utter hell for me.  I shouldn’t say ‘Germany’, but rather Frankfurt.  I love this city for so many reasons, but it is 100% not the city for me.  I have completely lost myself in this place and I have spent two years here with visa issues.  I’ve had a case worker who has so much anti-American sentiment built up in her it is unfathomable.  I have been yelled at, degraded, and sexually harassed at the visa office.

It has been a real treat, let me tell you.  I have had numerous job offers here, but the immigration office refuses to change over my current visa to a work one and keeps claiming I need paperwork that isn’t actually required for the visa.  I have submitted documents numerous times and every time I end up with a letter of pushback stating I need some random form that I have either already submitted or I must get an updated one as they are taking so long on processing the visa.

I am not the only person in Frankfurt going through this mess currently… I know plenty more.  I have concluded that the visa office is just testing me to see how badly I want to live here.  But you know what?  I don’t really want to live here.  I received the final letter when I was in Dusseldorf celebrating my birthday alone, and it was, again, more pushback and requesting more forms.  At that moment, I decided I was leaving Germany.

I am not 22.  To live my life in limbo of governmental visas just isn’t an option anymore.  If you don’t want me contributing to your extremely high tax system that I see no return on in the first place, that is fine.  I will move somewhere that wants people contributing to the system.  I will go somewhere where the visa office values skilled workers who have concrete job offers, high education, and a willingness to contribute to the economy.  It is not a problem.

Germany is a great country, but it is not the country for me right now.  That doesn’t mean I haven’t learned a lot whilst here… I have and I am completely grateful for it all.  I have good friends here and they have all taken part in writing letters to the government trying to get them to ease up with nonsense, etc.  The hardest part about leaving here will undoubtedly be leaving my friends and the people I care about.  On September 26, I will run, not walk, to the airport with a one-way ticket out of Germany.  Will I return here?  I actually have no idea.

So, what’s next?  That is a good question and I don’t completely know just yet.  I need to leave Schengen for three months before I can come back in.  My one-way ticket takes me to Kiev via a day in Riga.  I was planning to set up shop in Kiev for three months and take advantage of their excellent co-working culture that is currently burgeoning.  I would use the three months to travel around Ukraine a bit and get to know the country better.

Kiev is, after all, one of my favorite cities on the planet.  I was so eager to live in one of my favorite cities for a few months and get to know it better and somehow benefit the place.  I was keen to teach English there and help the young generation in their desperate attempt to further their education (and distance themselves from a particular country).  But everything wasn’t set in stone, despite two nice job offers there (and a lot of private work).

While Kiev was starting to come together as my new temporary ‘home’, my good American friend took this information and started trying to get me out to where he lives.  He threw so many networks at me that I just sat back wondering how one person knew so many hoards of people in a country not his own.  I gave the networks a shot, but with very little hope.  If one network fell through, they pointed me in the direction of another network, and so on.  And finally, it all fell into place.  I had a job offer.  And it paid well and it could be trusted.

On September 26, I will still fly to Kiev.  For the two weeks to follow, I will visit Chernihiv, Slavuytch, Kharkiv, Dnipro, and Zaporozhye.  I have my trains booked, accommodation booked, and things are pretty squared away.  And once I have spent a little time enjoying Ukraine, I will catch a red-eye flight to… Almaty, Kazakhstan, where I will work, live, and play for the following three to four months. 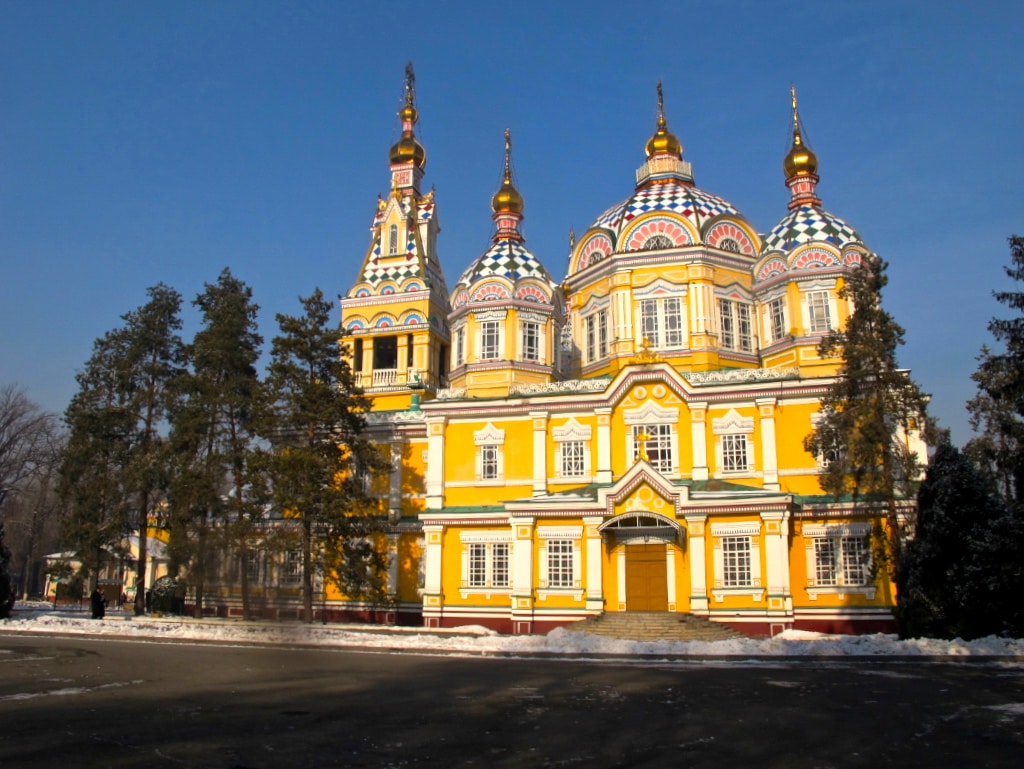 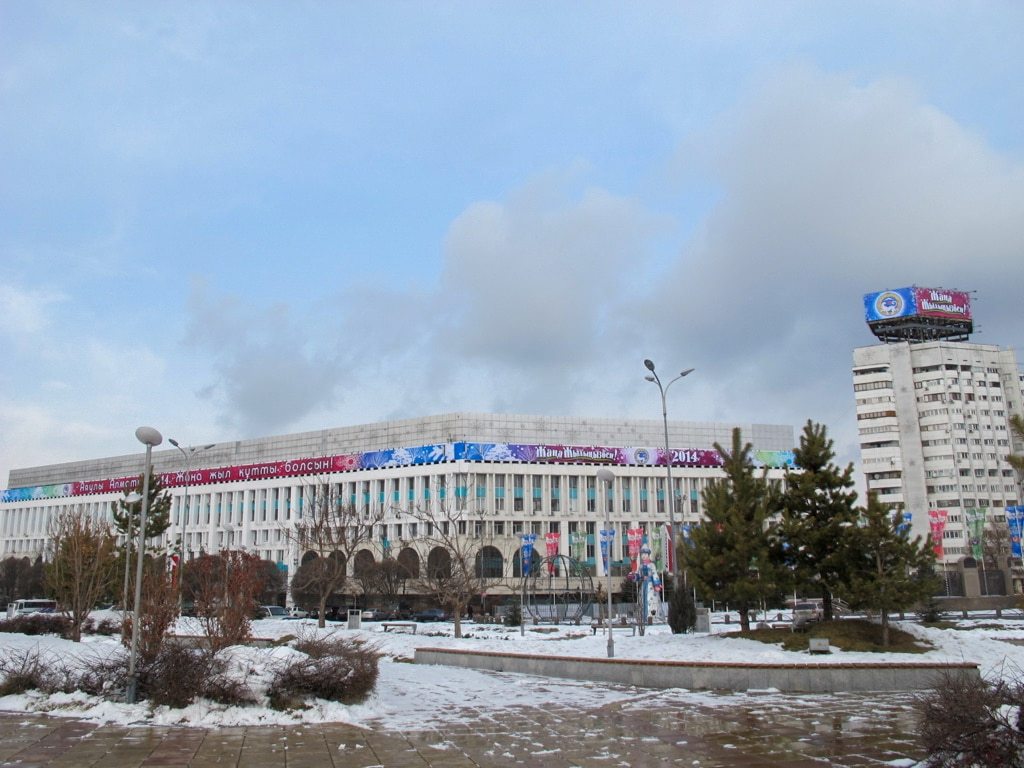 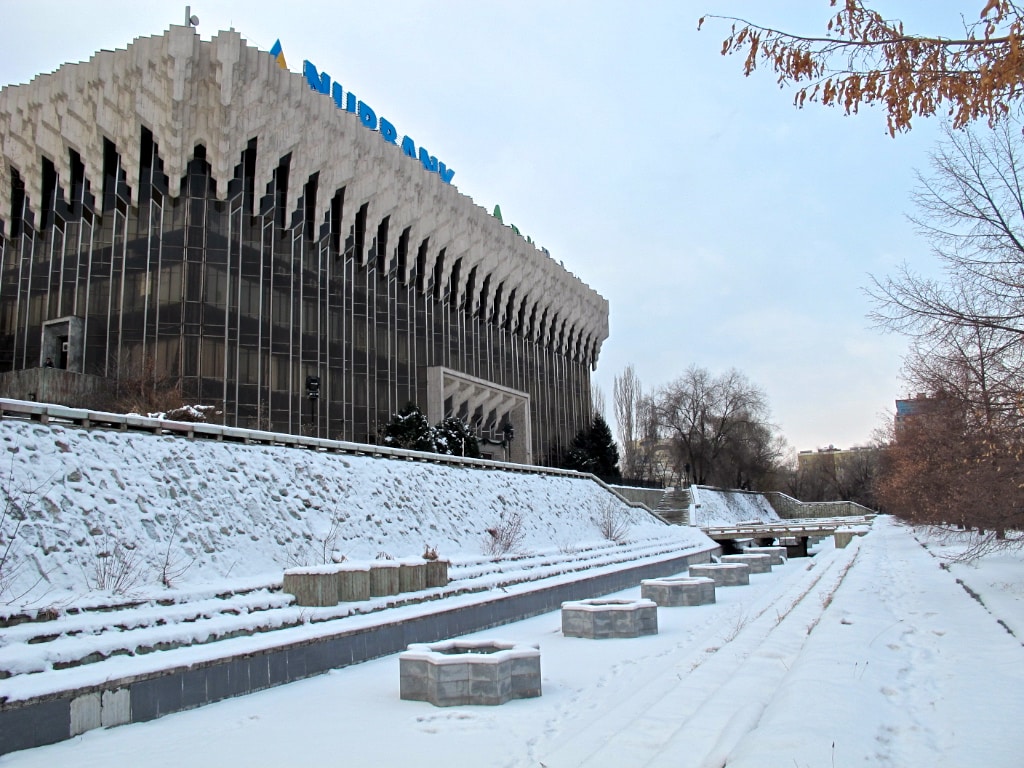 For new readers, I have been to Kazakhstan before and loved it.  Especially Astana (just kidding… least favorite city in the world right there).  And while Bishkek was the highlight of my Central Asia trip, I loved Almaty and found her to be very livable.  I always said that if for some reason I had to move to Central Asia one day, Almaty would be home.  I always said that jokingly and had no notion that I would ever actually be moving to Almaty.  I guess weirder things have happened.

I should be very excited about all of this, but it comes with a price.  I am leaving behind my dog and my wonderful relationship for that temporary move.  But, such is life with an American passport and the Schengen zone.  My partner will come visit me at the end of November for Thanksgiving and I bet in no world did he imagine he would ever be spending Thanksgiving in Kazakhstan, Kyrgyzstan, and Tajikistan.

This is the price one sometimes has to pay for being in an international relationship (he is British).  This move has inflicted copious amounts of stress on my body that it is causing me to not sleep at night.  But, we both know it is time for me to get away from Germany and this is step one. 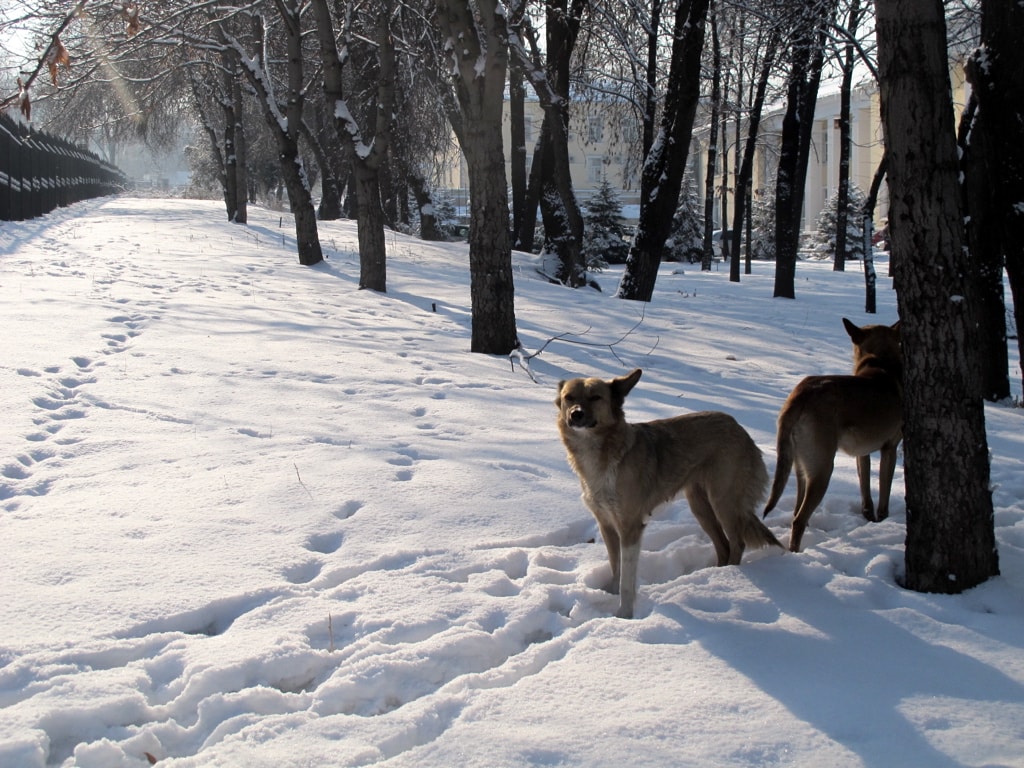 Once my three months outside of Schengen are up, we will consciously decide on our next chapter.  We have some ideas in mind about what we will aim for but there is just no telling what will happen.  We are keeping options open and our fingers crossed. 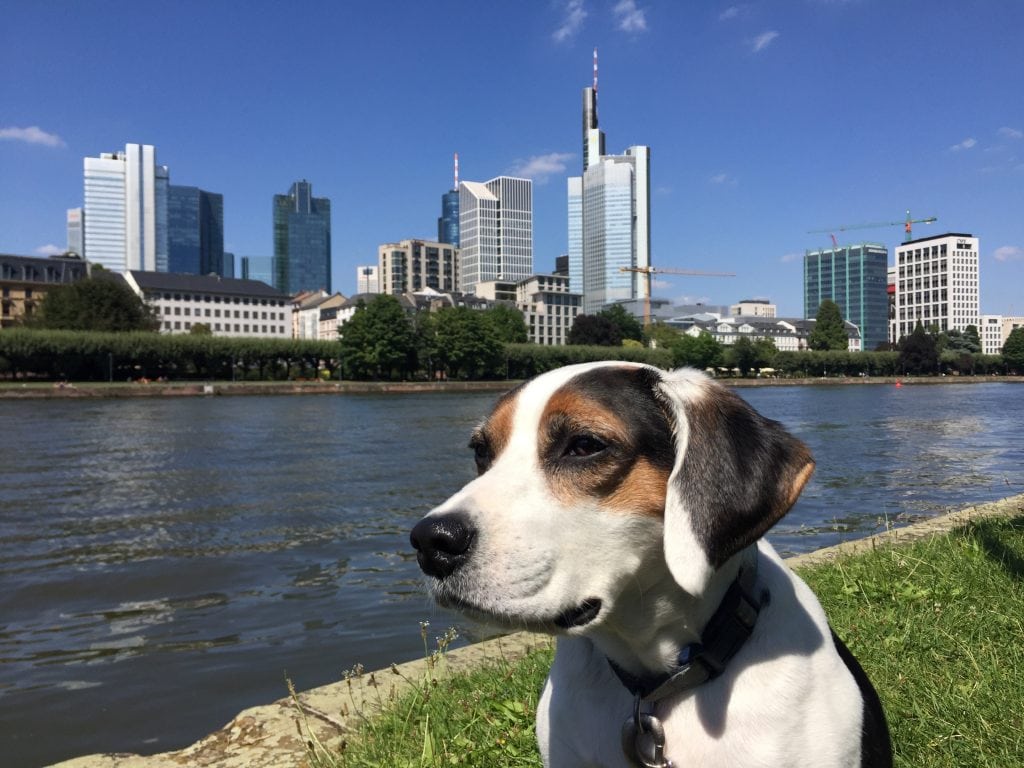 I have spent the last six years in Europe letting the government decide everything for me when it comes to staying in a country.  This is the first time I have made the decision myself that a place isn’t working for me.  So, for the first time in six years, I feel slightly liberated… at least until the end of the year.