Places to Visit in Nagorno-Karabakh (Artsakh)

The unrecognized country is one of the post-soviet countries with an alias Artsakh. The area in Armenia has beautiful sites to visit but one must craft the route wisely so that you can visit the exquisite and untouched beauty of Nagorno-Karabakh.

Speaking of tour and travel, the number of airlines nowadays offer affordable airfares, well thanks to the competitors. American Airlines provide great flights fare; similarly, Air Canada, Ethiad, United Airlines Cheap Flights today make every traveler’s journey clutter free. Pay a visit on their official sites, and you perhaps are fortunate to shower some fortunes on your side.

The best way to get to Nagorno-Karabakh is via a flight to the capital city of Armenia, Yerevan.  From there, you can get a marshrutka (mini-bus) down to Artsakh (Nagorno-Karabakh). Without further ado, here are some of the best festivals to attend and places to visit in Nagorno-Karabakh. 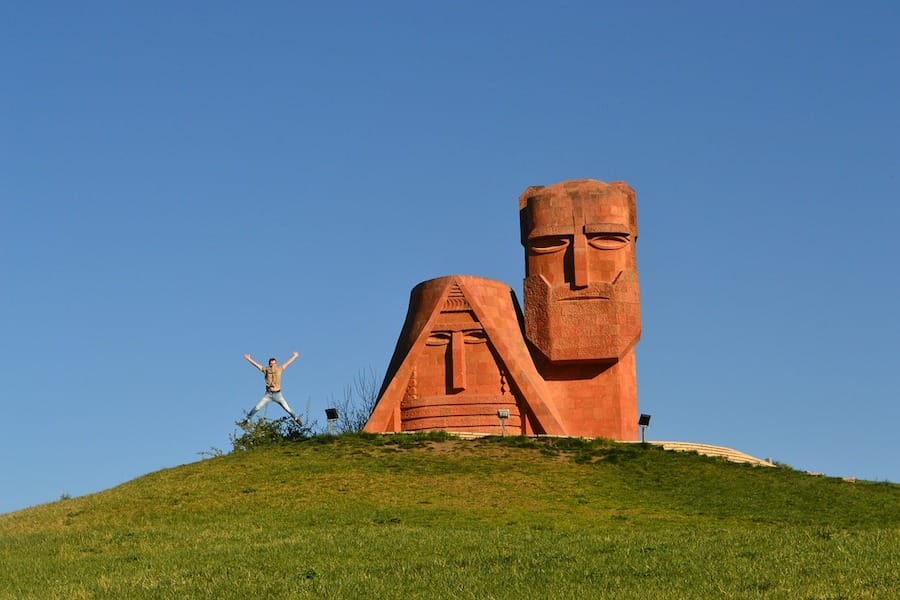 The water here is warm and is known for hot, natural, and healing springs. The warm water has a Russian name, Dzhermadzhur. The site is located at the height of greater than 2,200 meters above sea level and is surrounded by a pool in which one can swim. You can explore beautiful mother nature by yourself, instead of hallucinating as per someone else’s views.

It will be unjust to mention the beauties of Artsakh and fail to mention the name of the specialty of the region which is Zhegyalov Hats; it is a delicious pastry-like product that has a diverse variety of greens and is a nutritional powerhouse made with a unique dough.

The edible has kept and maintained the stature of the region’s food. The regional and traditional beverages like wine, beer, and tan add even more flavor to the plate of serving. The beverages in Armenia are the finest ones which do not let the beaker to drop off. Moreover, the meal grabs the title of being the most recognizable thing in Artsakh cuisine, which indeed is the hallmark of the country.

Jengjal Hats is also a food which has a festival associated with it.

At the height of 1100 meters, this monastery is one of the most popular and well-known places to visit in Armenia. The name of the monastery is linked to one of the saints, St. Dadi, who actually was a disciple of Apostle Fadey who indeed preached religion and the Bible in Armenia.

The second word translates by breaking down the two words “hut” and “vank” meaning ‘hill’ and ‘monastery’ which is indicative that this monastery is located on a hill.

Generally speaking, the fortifications have strong boundary walls built to protect the fort. In earlier days, these walls helped by protecting the kings from sudden or unknown attacks from other dynasties.

Some of the well-built fortresses are must-see places to visit in Nagorno-Karabakh.  These places are easy to reach from Armenia and the capital city of Yerevan. 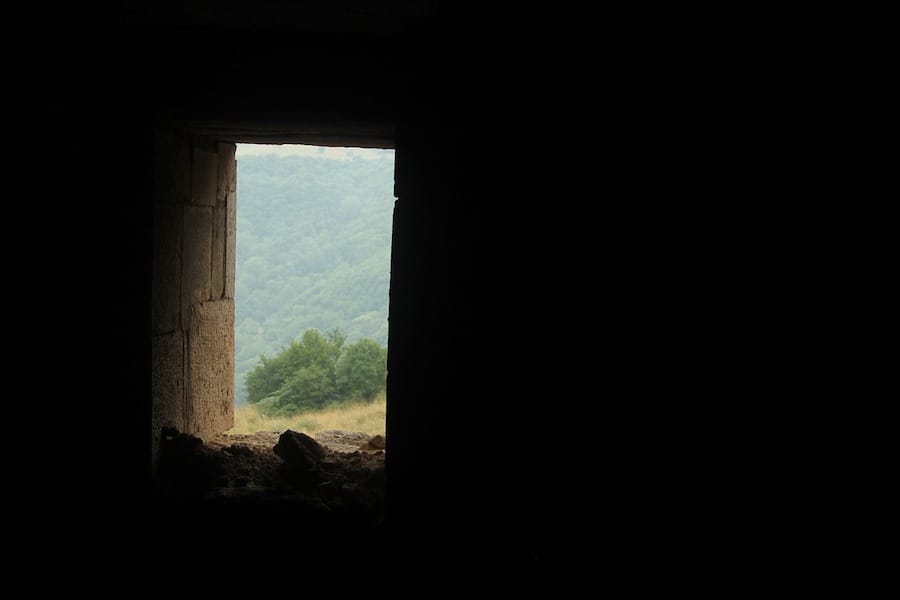 The city was developed in ancient times and was founded in the 1st century BC. Tigranakert is situated in the district of Artsakh Great Armenia. The ruler of Great Armenia named the town ‘Tigran II’ when he was building the other four cities. As suggested by Armenian archaeologists, the ‘town’ of Tigranakert is the oldest city of Artsakh.

This beautiful scenery can be enjoyed at the south-western slope of the big rock Gevorsgasar situated near the villa. Distances apart, the direction in which your nose points from the St. Hakob Church, from the top of the ridge, the place Kachaghakaberd is covered with a thick bulky canopy of the forests.

The “sour water” which is considered to be a mineral source of the place is also the tourists’ place of attraction. The water of the spring is not only rejuvenating but it also refreshes you with vital minerals which are killed in your branded water bottle.

Some of the archaeological digs also confirm that the fortress was built on the location of Armenian citadel.

Shushi and the area surrounding is one of the best places to visit in Artsakh.

The most substantial fortress in both Armenia and Nagorno-Karabakh, Mayraberd is one of the most preserved historical structures in Nagorno-Karabakh. It was built in the XVIII century to safeguard the city of Shushi.

You will not regret your visit to the fortress if you go climbing the watchtower and really stroll the perimeter learning more about the landscape and history. 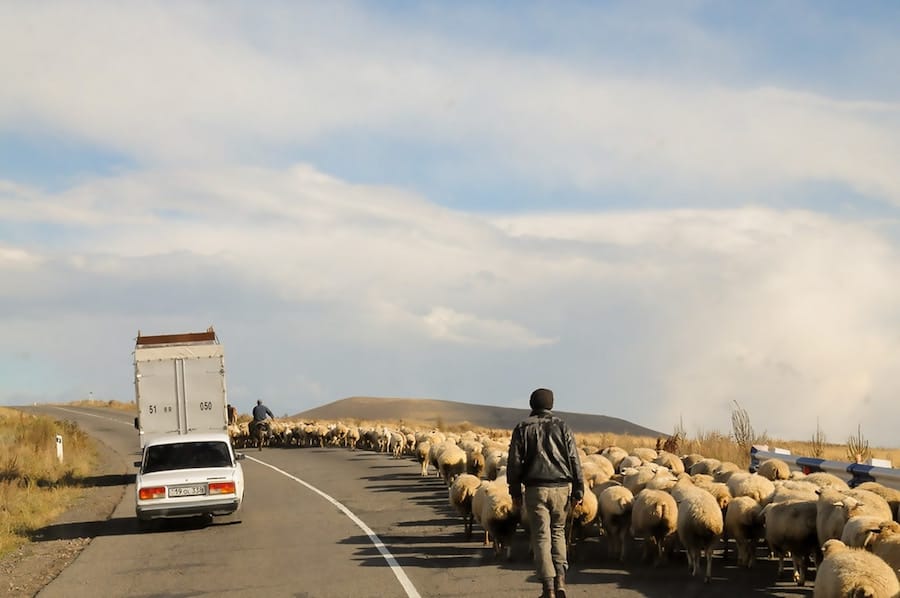 Monument “We are Our Mountains”

The tablet “We are our mountains” is the most recognizable and eye-catching sculptures in the region. The rocks on the mountain are cut and crafted so charmingly that the one who is viewing for once will turn numb when viewing the structure. The geographical location of the site is at the opening of Stepanakert.

The monument was crafted in 1967 by Sargis Bagdasaryan from local, reddish tuff, and has received the nickname “Grandfather and Woman.”

The place is stunning and impressive and a lovely site to pay a visit. While you are on your way to the waterfall, you will pass through the gorge filled with cornel trees vegetation. The waterfall was given its name because it has the shape of an umbrella and the water trickles down in thin and narrow streams which makes the liquid look like a crystal drops.

The canyon is alluring and is mostly recommended by adventurous people. The area it is located in is raw and extremely untouched.

The river water is the next level and is a refreshment for every soul. The visitors spend their nights here and get lost in the unreal artistry of the site.

Nagorno-Karabakh is small but filled with sport, adventure, and beauty. There are many wonderful places to visit in Nagorno-Karabakh and we hope we highlighted them well on this list.