There are many great books on Chernobyl worth reading if you’re interested in learning more about the Chernobyl disaster.

The following books about Chernobyl are ones we recommend reading before you visit the Exclusion Zone.

Books on Chernobyl to Read Before Exploring the Exclusion Zone

Tourism to Chernobyl has exploded in the last year thanks to the amazing HBO mini-series, “Chernobyl”. However, the events that unfolded on that day are shrouded in mystery with facts and the truth actively covered up by governments in charge. 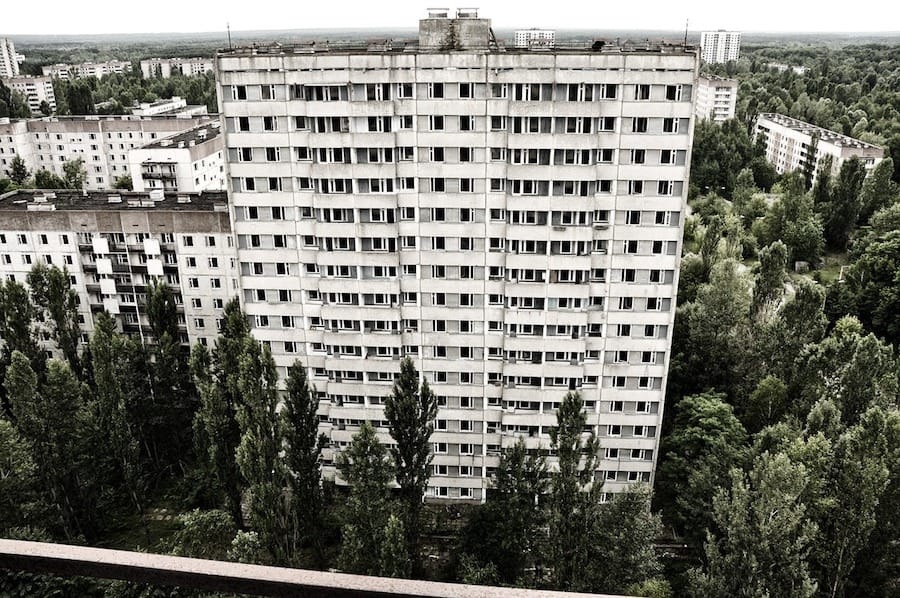 I, personally, think that when you visit the zone with a Chernobyl tour that you should fully understand what you are seeing you need to learn as much as you can about the disaster before you arrive.

On the 26th of April 1986, the world changed forever as a disaster like no other unfolded. That fateful night, top scientists at the Chernobyl Nuclear Power Plant (ChNPP) failed to follow the correct protocol during a routine safety check and the 4th reactor ended up exploding.

The reactor’s blast was so powerful that the roof housing the core blew off, causing fires in the surrounding areas and radiation to spew out of the remnants of the reactor into the air.

As those in charge tried to cover up the mistakes that were made, radiation continued to coat the surrounding areas and beyond.

The teams of firefighters who tried to tackle the fires were completely unaware of the grave danger they were in as they quickly succumbed to the effects of radiation poisoning.

The clothing they wore that day is still housed in the Pripyat Hospital and are some of the most radioactive items in the Exclusion Zone.

After a few days, the west was alerted to the disaster by rising radiation levels in Scandinavia and the clean up from the disaster was started apathetically as the Chernobyl Exclusion Zone was established.

The Exclusion Zone is an area approximately 1,000 square miles around the reactor, split between both Ukraine and Belarus, although the actual power plant is located within Ukraine (and it is one of the most popular places to visit in Ukraine today).

The nuclear fall out will continue to contaminate the area for hundreds of thousands of years to come, especially in areas where machinery used to clean up the disaster were buried.

Today, you can take authorized tours to visit the Chernobyl Exclusion Zone where you will visit the abandoned city of Pripyat, the surrounding villages, the Power Plant, and some tours will visit the colossal Russian Woodpecker.

Thanks to the HBO miniseries, Chernobyl tours to the zone have exploded this year, with thousands of tourists heading to the zone weekly. 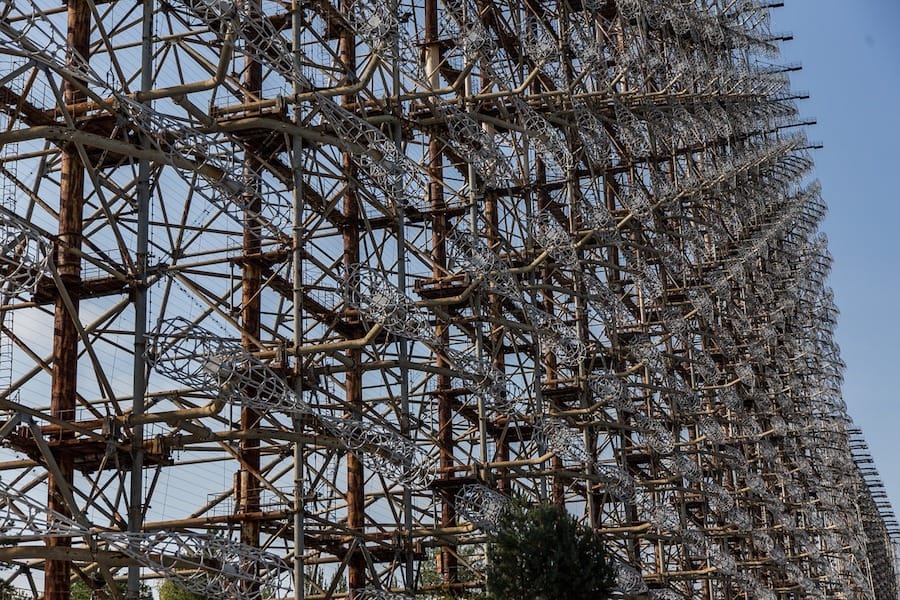 Along with documentaries and Youtube films about Chernobyl, there are plenty of books out there that will help you learn more about the events that unfolded that tragic night.

Many of these books include first-hand information from people involved in the cleaning up of the disaster or who lived in Pripyat at the time.  To help you find the best books about Chernobyl, I have compiled a list of great books on Chernobyl to read before you visit the Chernobyl Exclusion Zone.

I have included five books on Chernobyl in my list, however, if you feel I have missed any off of my list, please leave a comment below.

You can also read my post about Slavutych which will give you some information about life after Pripyat.

Midnight in Chernobyl is a look at the hidden history of Chernobyl. It is well known that the Soviet government did everything in its power to cover up the disaster and hide the true facts behind it.

To this day, no one really knows the true human cost of the disaster with official figures way lower than would be expected.

Adam Higginbotham spent over a decade interviewing those involved with the disaster and reading unpublished memoirs and classified documents to create an incredible account of the true facts surrounding the disaster.

The enthralling read will help you cut through the myth that has surrounded the disaster for over 30 years and understand just how much damage the attempts to cover up this disaster caused.

01:23:40 on April 26, 1986 is the point in time when an explosion rippled through history and started the collapse of a world superpower. Andrew Leatherbarrow’s Chernobyl 01:23:40 is an amazing insight into exactly what happened that night.

Through investigative journalism and interviews with those who were involved in the tragedy first-hand, the book looks at how the heroes sacrificed their lives to clean up the disaster and secure the zone.

He also looks into how the government dealt with the fallout from Chernobyl and how it crippled the Union due to the huge cost of trying to contain the radiation.

Along with an in-depth look into the history of the Chernobyl, the author looks at the zone today and he recounts his tales of exploring the zone with some impressive photographs from his time there.

Voices from Chernobyl is a detailed book about Chernobyl that focuses on the impact of the disaster in Belarus. People often forget that part of the Exclusion Zone is in Belarus, with most people only really thinking about how the events affected Ukraine.

Winning the Nobel Prize in Literature, the book recounts the personal tales of the displaced people that lived through the tragedy and how it changed their lives.

The book is so informative and detailed that the writers of HBO’s hit Chernobyl show used it to understand the human element of the tragedy.

Svetlana Alexievich’s dedication to getting these unheard stories out has left its scars on her with the overexposure to radiation causing an immune deficiency.

David McMillan has spent several decades collating amazing photographs from the zone. He was originally drawn to the zone to bear witness to a place on earth that had become completely inhospitable due to the actions of humans.

However, as he ventured back to the zone year after year, he started to document how nature was taking back the land.

Along with the natural decay of the city, the images in Growth and Decay: Pripyat and the Chernobyl Exclusion Zone capture how people entering the zone have destroyed parts of the buildings left behind.

The book about Chernobyl is perfect for those who are interested in seeing how nature has taken control and when humans leave an area, there is a chance for the environment to recover.

My Chernobyl: The Human Story of a Scientist and the Nuclear Power Plant Catastrophe (Alexander a Borovoi)

Alexander a Borovoi was one of the Soviet Union’s finest scientists. Shortly after the Chernobyl disaster, he was relocated from Moscow to Ukraine to monitor and assist the clean up of the Chernobyl accident.

My Chernobyl accounts his first years in Chernobyl and the efforts taken to control the disaster, including the ones that were not particularly successful.

The book mainly looks at the cleanup effort and those in charge of it, however, there are some stories of those who were affected by the disaster.

First published in 1996, the book has been serving as a warning of the damage that mismanaged disasters can cause. Hopefully, the world will never see a disaster of this magnitude again.

These five books on Chernobyl will give you a better insight into what happened to Chernobyl, Pripyat, and other villages in the Chernobyl Exclusion Zone before you take a visit there.

If you’re curious about what happened after Chernobyl, be sure to read my post on Slavutych as it will take you around a city that was built to be Pripyat 2.0 that not many people even know about.

If you’re keen to learn more about the architecture of the Soviet Union, you can check out my recommended Soviet architecture books here.

Click here if you’re seeking books about the Soviet Union instead.