For those living on the other side of the world, “down under” is a collective term for the exotic duo of Australia and New Zealand. However, this can easily cause us to pair them together as if they’re in any way similar at all.

And, whilst they may share close cultural and political ties, they both offer vastly different climates, landscapes, and wildlife which are important to know before you travel to Australia and New Zealand.

Here are some of the key similarities and differences between the two.

Being more northern in the southern hemisphere, Australia is around 5°C to 10°C warmer than New Zealand.

This is a generalization of course, given that Australia is a big country that has its own varied climates within it – in fact, they are typically separated into 6 different climate zones.

If we take Brisbane, which is roughly halfway down the country (on the east coast), the average monthly temperature rarely gets below 20°C, even in the winter, whilst in the summer it reaches around 30°C.

Wellington, which is similarly halfway down the country of New Zealand, averages around 21°C in the summer months and 12°C in the winter months.

To many people’s surprise, snow falls in both countries, and whilst snow and ice can be found all year round in certain parts of New Zealand, you will likely have to wait until summer has passed when heading to certain Australian ski resorts.

Therefore, climate and the time of the year is an important consideration when looking to travel to either of these beautiful countries.

Australia and New Zealand share some similarities when it comes to landscapes, but we can certainly generalize their differences too.

New Zealand is known more for its sweeping mountains, lakes, glaciers and forests, whilst Australia is more famous for its coral reefs, stunning beaches, and blood-red deserts.

There’s not really any bushland outback in New Zealand unlike in Australia, and because of the more frequent rainfall, there are more green forests in the former. 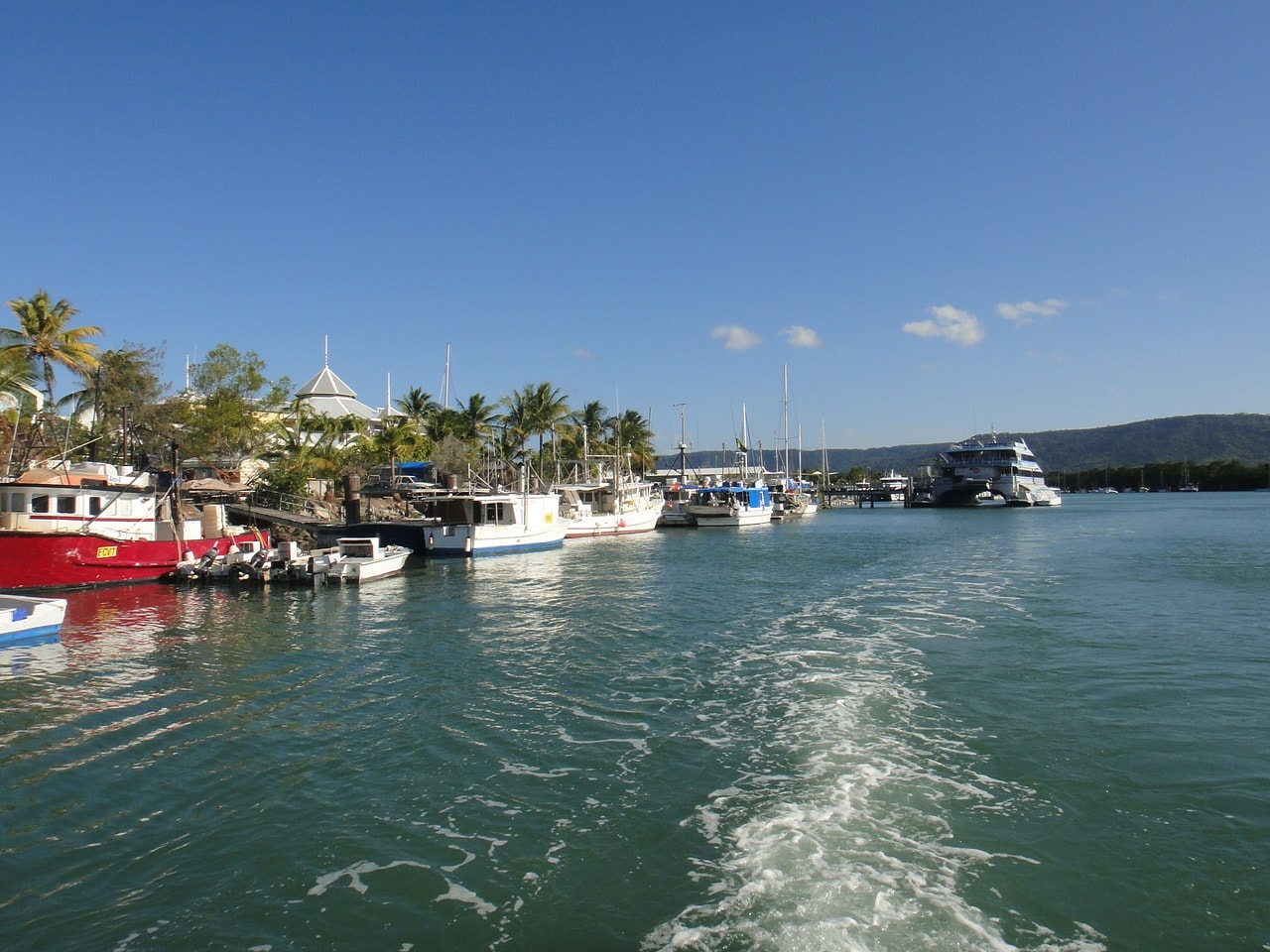 If you are looking to discover New Zealand in a form of hiking or camping, you will easily find stunning Nature Parks and hiking trails in most parts of the country.

In Australia, you may have to be a bit pickier about where to go camping, especially given the wide variety of dangerous wild animals in more rural areas of the country.

Another important distinction is that New Zealand is home to many volcanoes, unlike Australia. This is because the country is on a fault line, which, as you may have already guessed, means more earthquakes.

The positive to this has been that through the years of relentless volcanoes and earthquakes, many fjords, geothermal springs, and alpine lakes have naturally emerged.

New Zealand is small too, meaning this is densely juxtapositioned with jam-packed natural wonder.

One of the biggest differences between Australia and New Zealand is the wildlife. Australia is known for its large array of animals and insects that are dangerous, whilst New Zealand is more akin to Britain in its having no deadly spiders, snakes, or critters.

Saying that, Australia is also home to many exotic animals that are absolutely harmless, cute, and friendly when you meet them. For any animal enthusiasts out there, Australia is the place to be.

Australia’s most famous native wildlife is the kangaroo, koala, emu, wombat, and crocodile.

In New Zealand, the kiwi is the most famous native animal, which is a flightless brown bird, but penguins and parrots can also be found, along with a ton of interesting endemic birds.

Without going too deep into both of their colonial histories, both the landmass of New Zealand and Australia was home to very different cultures and communities.

For example, Māori were the first inhabitants of Aotearoa (New Zealand). The indigenous Polynesian people of NZ still have their culture protected and celebrated today, with around 17.1% of the country being ethnically Māori.

Not only do they have incredible traditions and celebrations, like the Haka and stunning tattoos, but the culture is a source of tourism.

Likewise, Australia has its own indigenous peoples, the Aboriginal Australians, though their population is far lower. In fact, more New Zealanders live in Australia than Aboriginals.

Another difference is that Aboriginal culture and the indigenous origins are less talked about than in New Zealand, meaning it will be less prevalent in tourism during your visit.

However, there are a lot of cultural overlaps between the two countries, which share similar music and film, as well as a shared love of the outdoors. Of course, the accents are different, even though many outsiders struggle to notice that.