Most people outside of the Caucus region know very little about Armenia.  Many Norwegians I talk to have never even heard of the country.  And while most Americans have heard of Armenia, I’m fairly certain that half have heard of the country due to the Kardashians claiming to have roots there (pretty sure Armenians aren’t zealously claiming them in return).  Here are some very random facts, or opinions, about the beautiful, but small country of Armenia.

They are well-known for their cognac

Well, kind of.  Their cognac is actually brandy by definition.  But for some historical reasons, they claim it to be cognac…and they also claim it to be incredible.  I had some while I was there, and while cognac/brandy is not my favorite drink by any stretch, it was pretty smooth and robust in flavor.  Armenia’s cognac took a turn for the popular when Joseph Stalin gifted Winston Churchill some of the good stuff at the Yalta Conference.

Impressed by its taste, Churchill then requested to have cases shipped to him yearly.  There are rumors that Putin is currently requesting his own cases shipped up to Russia regularly.  Not sure how true the latter is…but many Armenians will tell you that.  And based on my experience with the stuff, I wouldn’t doubt it for a second. 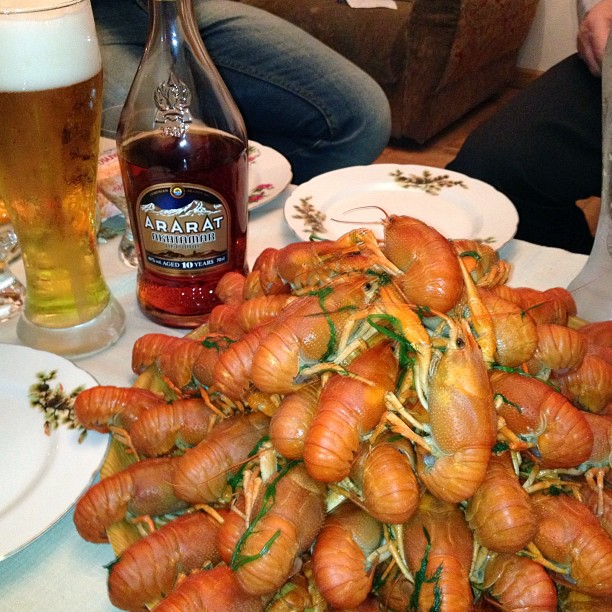 And I had the unpleasant experience of riding it.  It wasn’t actually unpleasant, but I was scared shitless the entire time.  I’m pretty afraid of heights and if you know anything about the Caucasus, you will certainly know that they are no Appalachians. 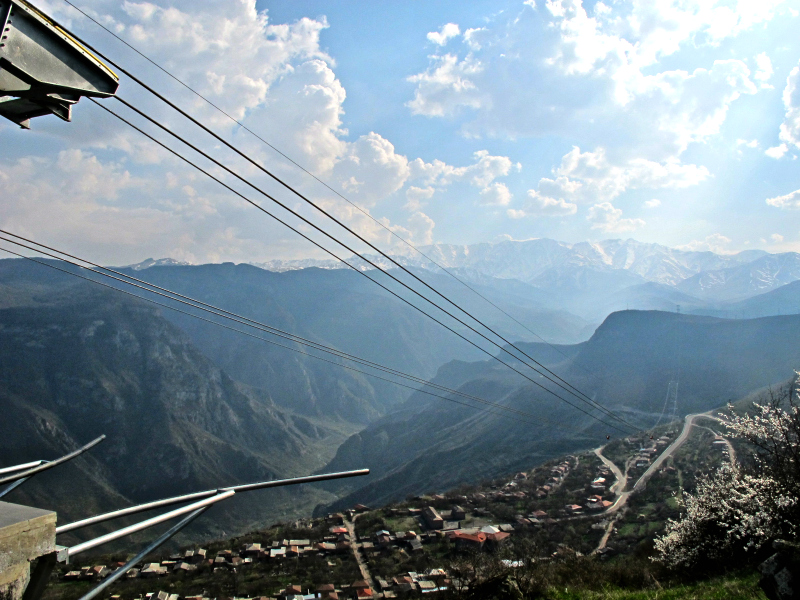 The cable car connects the village of Halizor to the isolated, but breathtaking, Tatev Monastery.

‘Merci’ is an acceptable form of ‘Thank You’

Armenian looks like an alien language and is hardly legible to anyone who is not Armenian.  And to hear it spoken is no different.  I try to learn basic phrases or words when I travel, but Armenia was no easy feat.  Imagine my surprise when I heard the word ‘Merci’ as a form of ‘Thank You’.

But Mt. Ararat is actually located in Turkey.  Mt. Ararat is where the biblical story of “Noah’s Ark” took place.  Whether that story is fact or fiction is not the point.  The point is that the mountain is historical and STUNNING.

And while it may actually be inside of Turkey, Armenians get a phenomenal view of it.  Most famously, from Khor Virap. 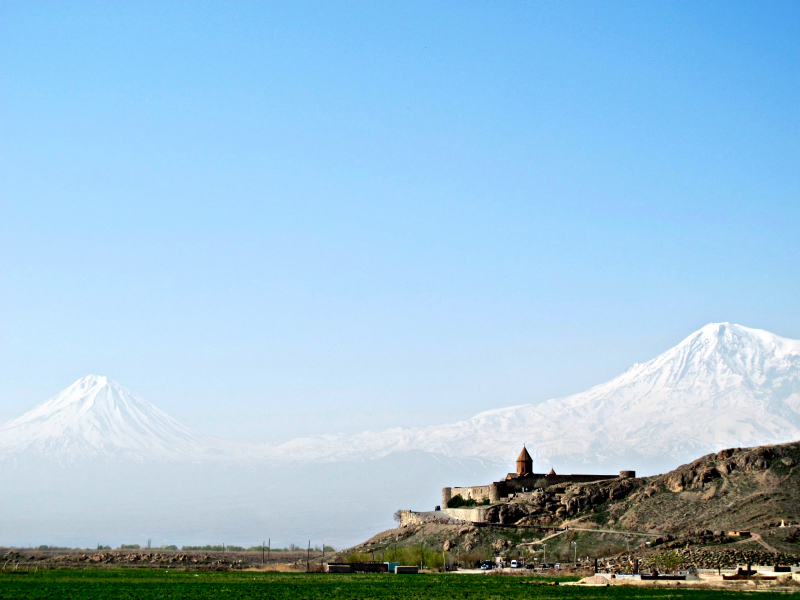 Yerevan has a deep, Soviet-style metro underneath it

And I rode it quite a few times when I was in the city.  And I am pretty sure that I was one of like five passengers on it.  I don’t think the residents of Yerevan have received a memo stating they have a metro there yet.  It’s cheap, efficient, and fast.  But so are the taxis in Yerevan.  You can get almost anywhere in the city for around $1 (the metro costs about 1/4 of that).

At many of the metro stops are large underground shopping markets.  You can buy $10 Nikes and Louis Vuittons here.  Authenticity card not included. 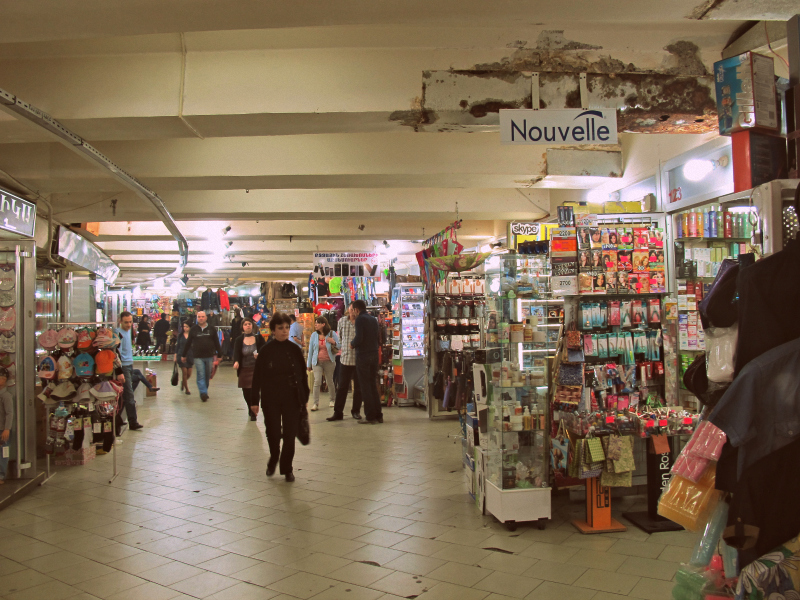 There are approximately 11 million Armenians (or of Armenian descent) worldwide

And only 3 million reside in Armenia.  In the United States alone, there are over 500,000, settling primarily in Detroit and Los Angeles.  There is even a “Little Armenia” in Los Angeles.  Pretty sure I’m going to go there next time I’m in LA…solely for the food.

Armenian immigration became rampant after WWI and the Armenian Genocide.

Armenian communities outside of Armenia are currently known as ‘gaghut’s.

The borders with Iran and Georgia are open for business, but the other ones are either extremely volatile or impose stricter regulations for entry.  Nagorno-Karabakh is open for entry with a visa, but if the visa is put in your passport, you can say goodbye to any future visits to Azerbaijan if using the same passport.  The Azerbaijani-Armenian border has a ceasefire agreement, but is in constant battle and is not a safe place. 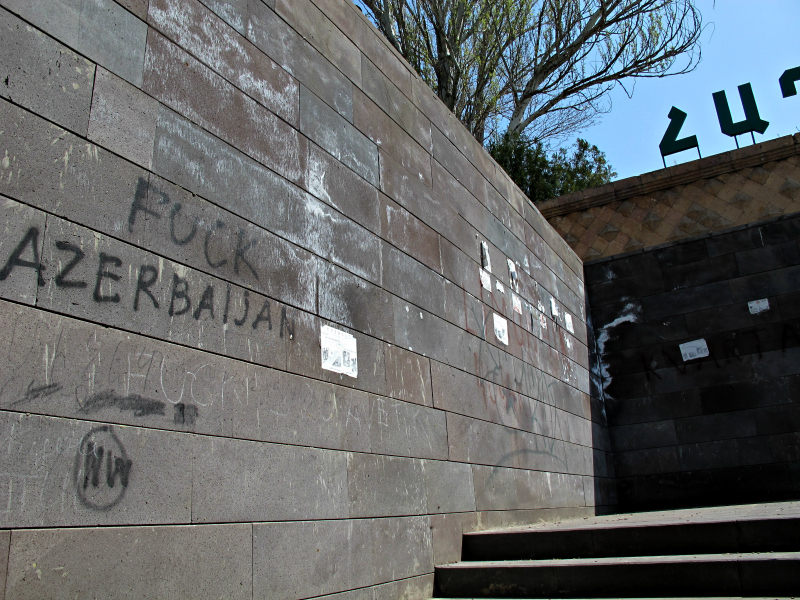 It’s really strange to be hugging a border (as I was with Azerbaijan) but be unable to go across and say hello, regardless of whether I had that expensive visa in my passport or not. 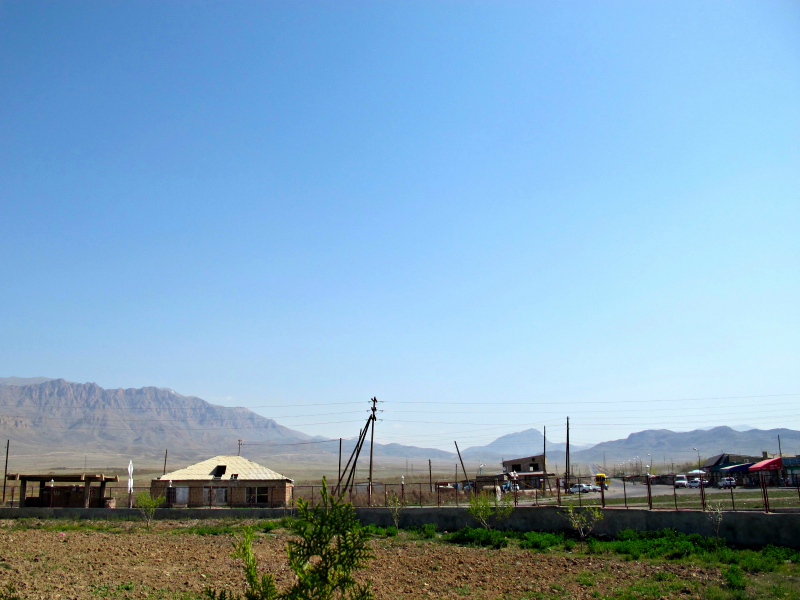 The mountains in the photo above are actually in Azerbaijan.  Could have thrown a stone over there I was so close.

Armenia is small, about the size of Maryland in the USA.  And there are no coastlines there.

Armenia is rumored to be the first to adopt Christianity in 301 A.D

They’ll probably let you know this, too.  Or you’ll see the evidence in their homes. 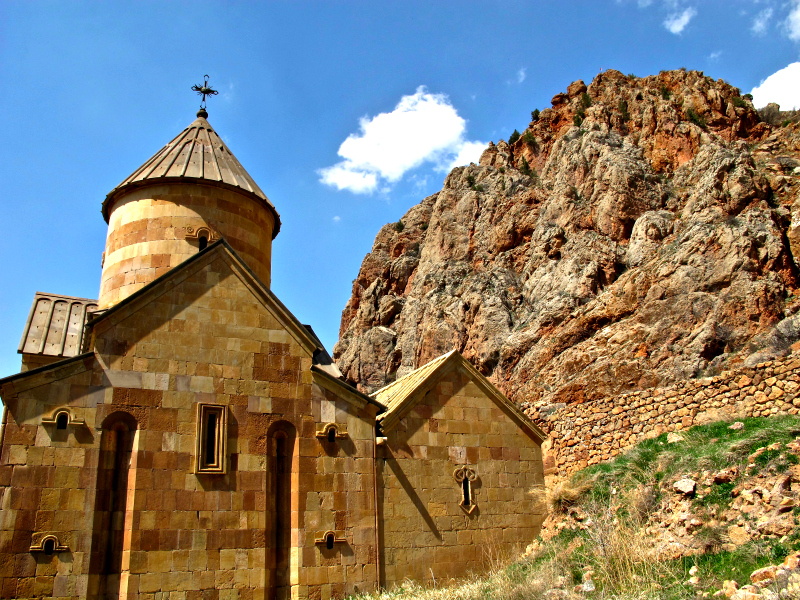 Armenia has the world’s best apricots

Of course, this is subjective, but from my experience, I can assure you it’s true.  But I don’t think apricots are their only source of goodness.  All fruits in this region are bursting with flavor and taste so pure.  They are also not afraid to use apricots, or other local fruits, in their wines, cognacs, and vodkas.  Apricot vodka is pretty damn good. 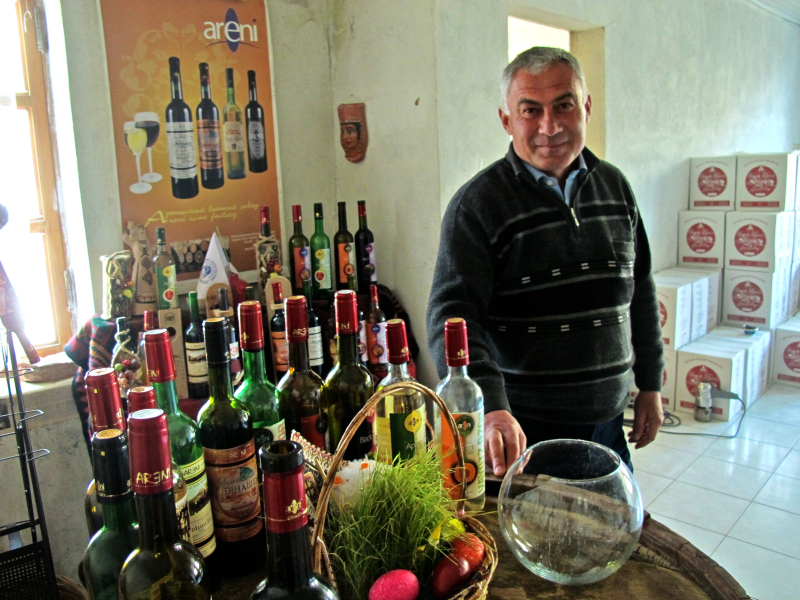 So is Apricot wine from Areni. 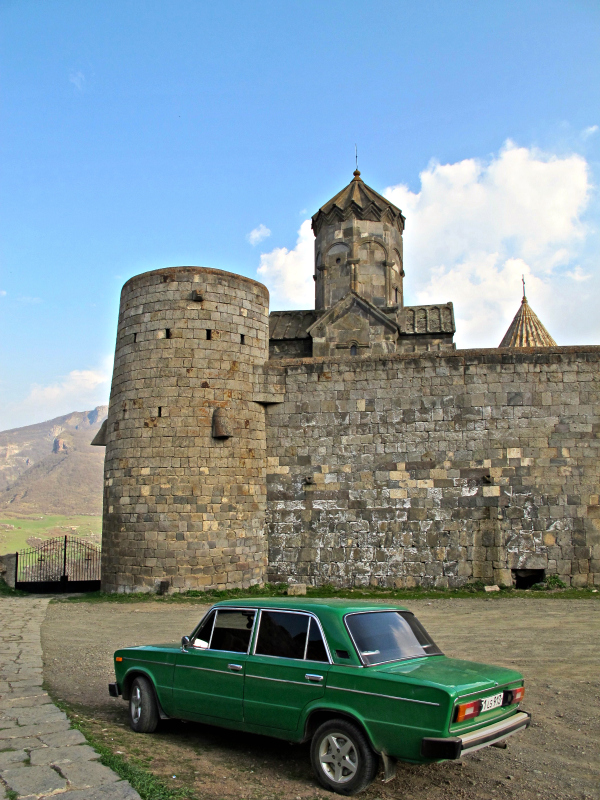 Armenian grocery stores are small, but carry many international ingredients and goods

I saw many other American and western European goods in the average grocery stores there, which was a little shocking to me.  While it was fun to see all of the international goods, I don’t think I’d ever think twice about purchasing them if I was Armenian and had constant availability to the fresh fruits and vegetables they had there.

44 thoughts on “11 Random Facts About Armenia”